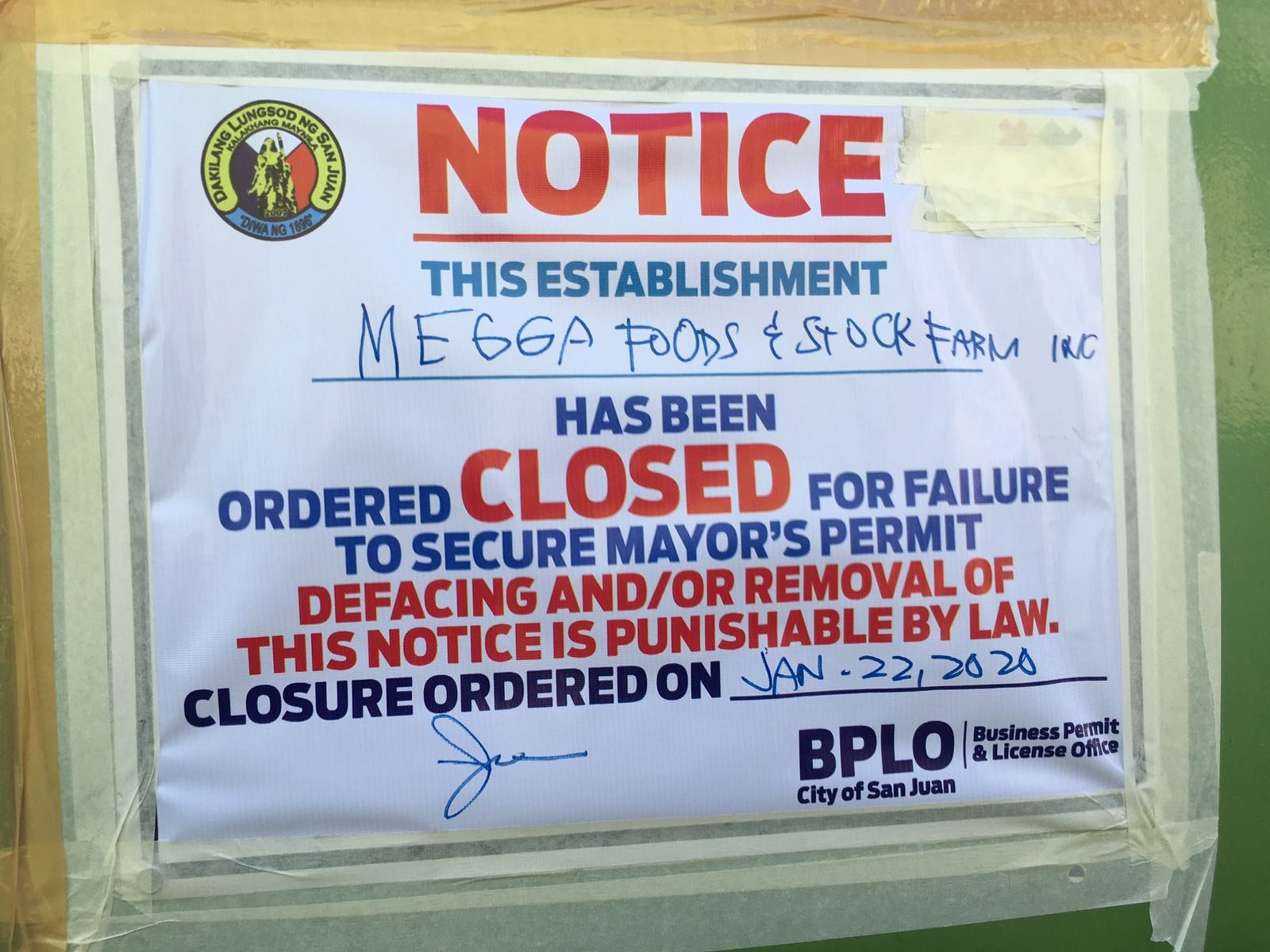 MANILA, Philippines – San Juan City Mayor Francis Zamora on Wednesday, January 22, ordered the closure of a slaughterhouse in the city after it was found to be draining wastewater into the San Juan River.

The mayor ordered Megga Foods and Stockfarm Inc. closed after it was found to be violating Republic Act No. 9275 or the Clean Water Act of 2004. The abattoir, according to the Department of Environment and Natural Resources (DENR), was caught with a lapsed wastewater discharge permit and sanitary permit.

The DENR added that the slaughterhouse, located in Barangay Kabayanan, also failed multiple physical and chemical analyses, including the tests for oil and grease, fecal coliform, and phosphate-phosphorous. Meggafoods and Stockfarm Inc. was found to be discharging twice the amount of these elements as allowed by DENR. In October, however, physical and chemical analyses showed that the facility failed many of DENR’s standards.

In November, DENR’s Environmental Management Bureau recommended that a cease and desist order be filed against the facility, until it was finally approved in January.  – Rappler.com