Over 400 mothers in Taguig donate breast milk to Taal evacuees 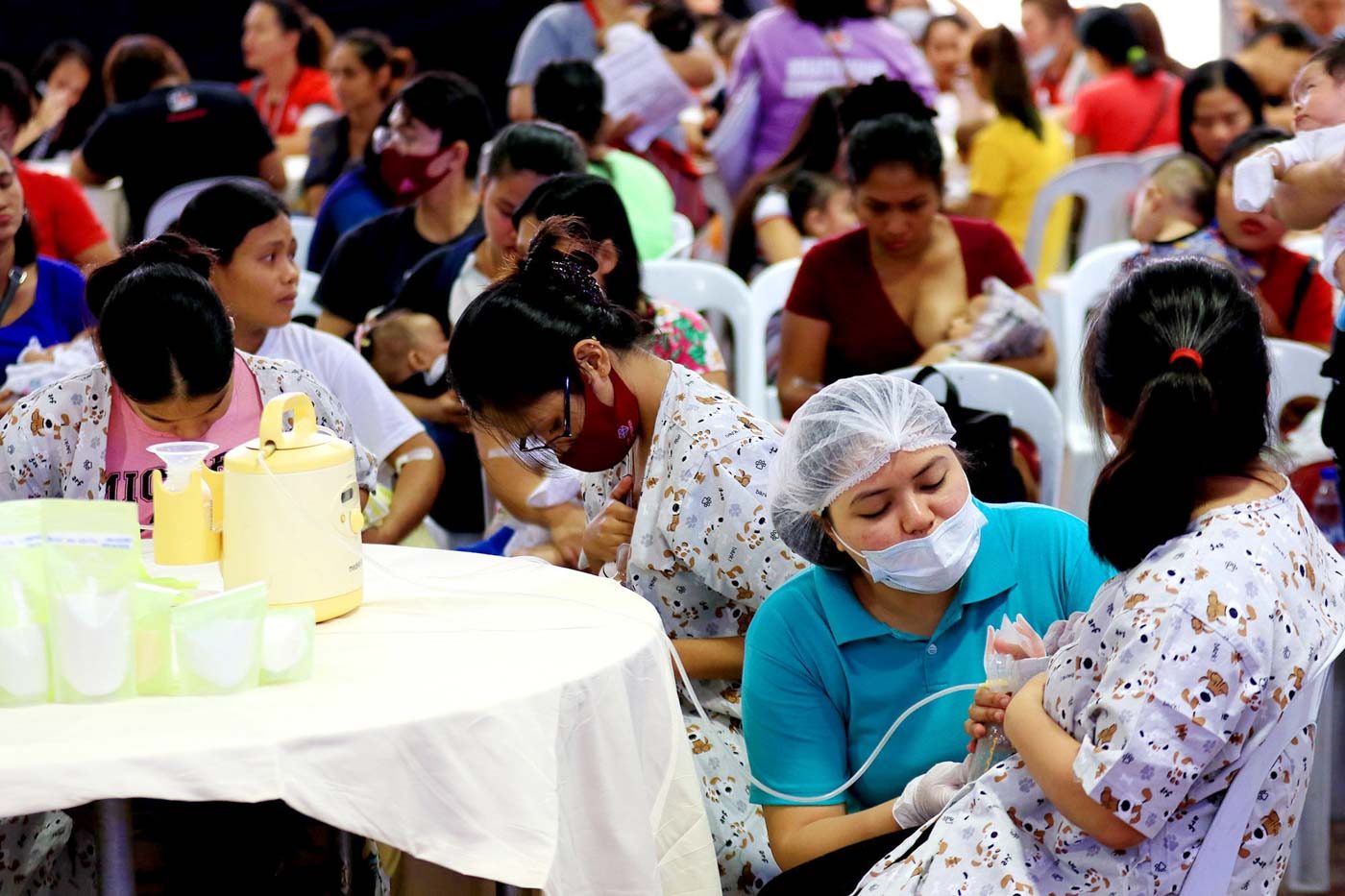 MANILA, Philippines – Over 400 nursing mothers donated their breast milk for babies affected by the Taal Volcano eruption during an event in Taguig City on Thursday, January 23.

This comes amid calls for donations for the over 140,000 people still in evacuation centers after Taal Volcano, located in the province of Batangas, started erupting on January 12.

The Department of Health (DOH) and the Department of Science and Technology reminded the public that only breast milk – not formula milk – may be donated to evacuees. This is to avoid diarrhea, as formula milk would require clean water which may not be readily accessible in evacuation centers.

As part of post-disaster efforts, the DOH has deployed support groups that consist of counselors who talk to distressed mothers and gradually convince them to breastfeed their children. This is because mothers with post-traumatic stress may find it difficult to breastfeed like they usually do.

Based on DOH standards, infant formula milk should be considered the last resort in post-crisis and disaster situations, meaning they should only be given when there is absolutely no breast milk or wet nurses available. Infant formula milk, if used, must also be centrally prepared by health and nutrition workers.

DOH AO 2005-0014 says that “donations of breast milk substitutes, feeding bottles, teats, and commercial baby foods should be limited, if not refused.” Bottles and teats should also not be donated or distributed, as cup feeding is the preferred method.

Meanwhile, DOH AO 2016-0004 states: “Infant formula, breast milk substitutes, feeding bottles, artificial nipples, and teats shall not be items for donation. No acceptance of donation shall be issued for any of the enumerated items.” – Rappler.com

To know more about how you can donate to Taal evacuees, read #ReliefPH: Help communities affected by Taal Volcano eruption.