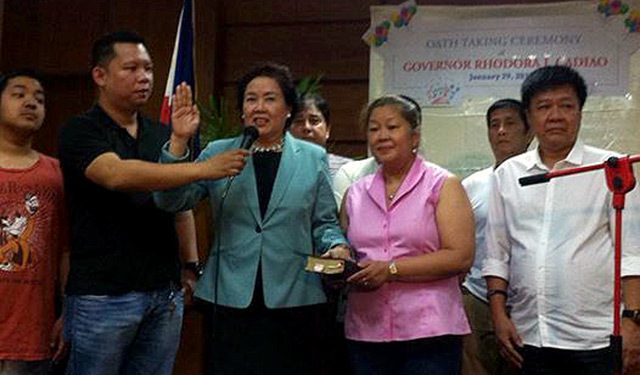 Facebook Twitter Copy URL
Copied
The Commission on Audit maintains that P2.95 million should not have been given to fund barangay captains' insurance premiums in 2008, since there are already existing benefits similar to that

MANILA, Philippines – The Commission on Audit (COA) affirmed with finality its 2017 ruling which found incumbent Antique Governor Rhodora Cadiao and other officials liable for improperly releasing P2.95 million in 2008.

In a decision dated January 6 and released only on Friday, January 24, the commission denied Cadiao’s motion to reverse the ruling on the transaction that involved the Antique chapter of the Liga ng mga Barangay.

Provincial officials had provided funds to pay for insurance premiums of 590 barangay captains. Cadiao, vice governor at the time, was the one who signed the resolution which detailed the financial assistance.

But state auditors sent a notice of disallowance in August 2011, saying that the financial aid given was similar to the existing benefits for public officials under the Government Service Insurance System.

“Failure to interpose a timely appeal renders the appealed decision, order, or award final and executory,” the commission said.