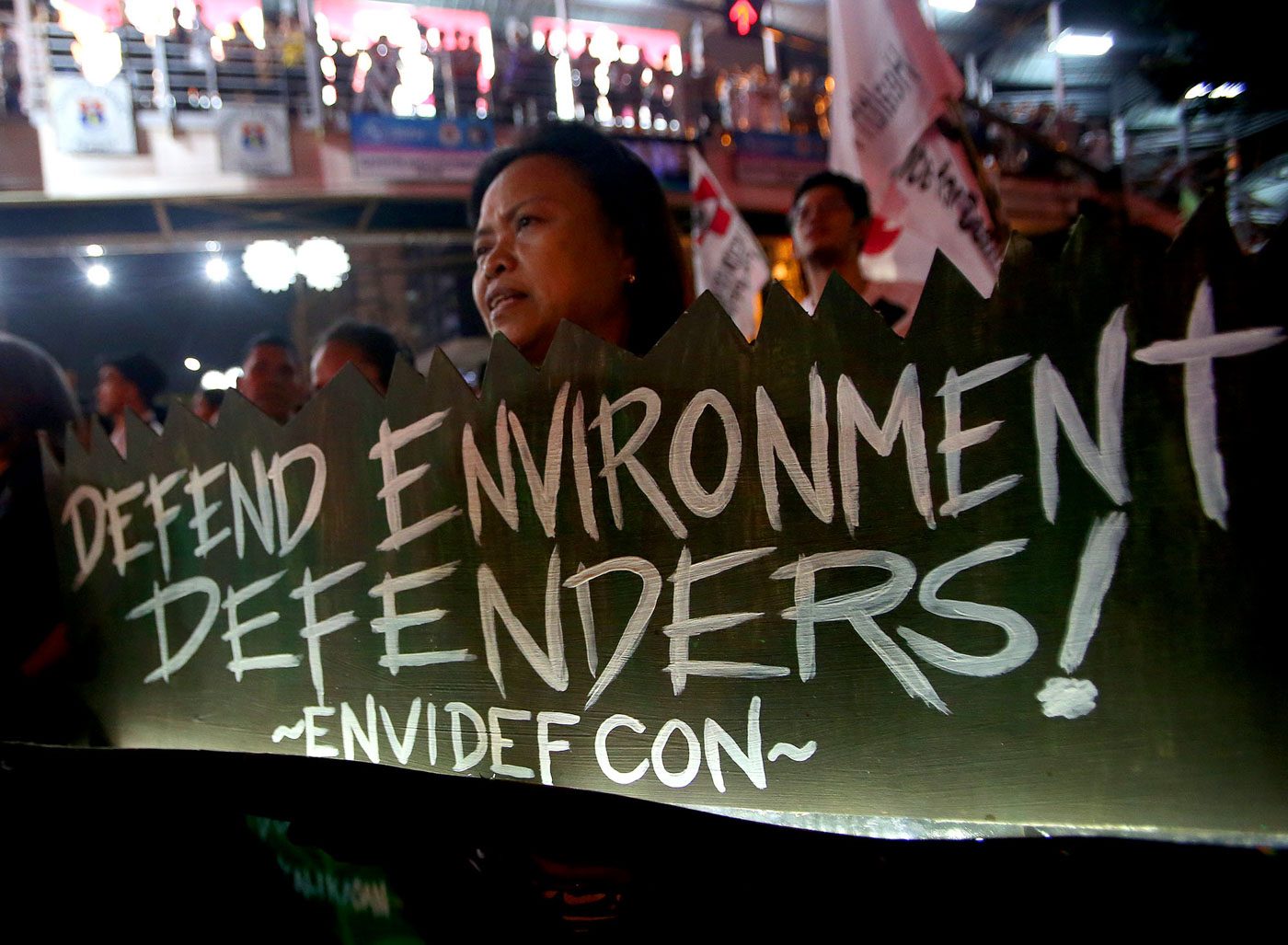 ALBAY, Philippines – The Philippines’ 6.2 million hectares of critical landscapes and seascapes that provide at least P1.04 trillion of annual ecosystem services are at stake in the ongoing crackdown against environmental defenders.

This was according to a new report from environmental group Kalikasan People’s Network for the Environment (Kalikasan PNE), which it submitted to the United Nations Human Rights Council (UNHRC) as part of various groups’ submission reports on the human rights situation under the Duterte administration.

The report revealed that the country is at risk of losing a total of P1.04 trillion annually, or equivalent to 28% of the country’s national budget in 2019, should the critical landscapes and seascapes protected by environmental defenders from extractive and destructive interests be degraded or destroyed.

These documented areas include important landscapes such as the Pantaron Mountain Range, where the indigenous Lumad struggling for self-determination have faced intense militarization; and the protected areas of El Nido-Taytay and Victoria-Anepahan in Palawan, where forest rangers and “para-enforcers” have been murdered for their continuing campaign to arrest illegal loggers.

“At least 19,498 environmental defenders were subjected to a wide range of human rights abuses under the Duterte administration,” said Clemente Bautista Jr, the international network coordinator of Kalikasan PNE.

These abuses include forced evacuation spurred by military operations in resource conflict areas; 106 illegal arrest cases; and 46 red-tagging incidents from July 1, 2016 to December 31, 2019. The report also documented 11 victims of enforced disappearance and 157 victims of extrajudicial killings.

Kalikasan PNE emphasized in the report that these rights abuses were driven by “economic policies on mining, agribusiness, forestry, and other industries under Duterte, whose policies provided guarantees, incentives, and rights to big businesses.”

The report also noted that “internal security measures” that have functioned as an “investment guarantee” for various big business projects were also significant drivers, with at least 69% of the documented killings linked to military and police forces, including their paramilitary “force multipliers,” the Kalikasan PNE said.

The group recommended in its report that the United Nations “consider initiating an International Fact Finding Mission or establishing a Commission of Inquiry to probe deeper into this situation and come to binding resolutions to alleviate the national human rights crisis,” specifically looking into “the link between destructive projects of big business and government and the counter insurgency and other internal security programs.”

In 2019, international nongovernmental organization Global Witness reported in its annual report that the Philippines is the most dangerous country to be an environmental defender. At least 30 environmental activists were killed in the the country in 2018, according to the report. – Rappler.com