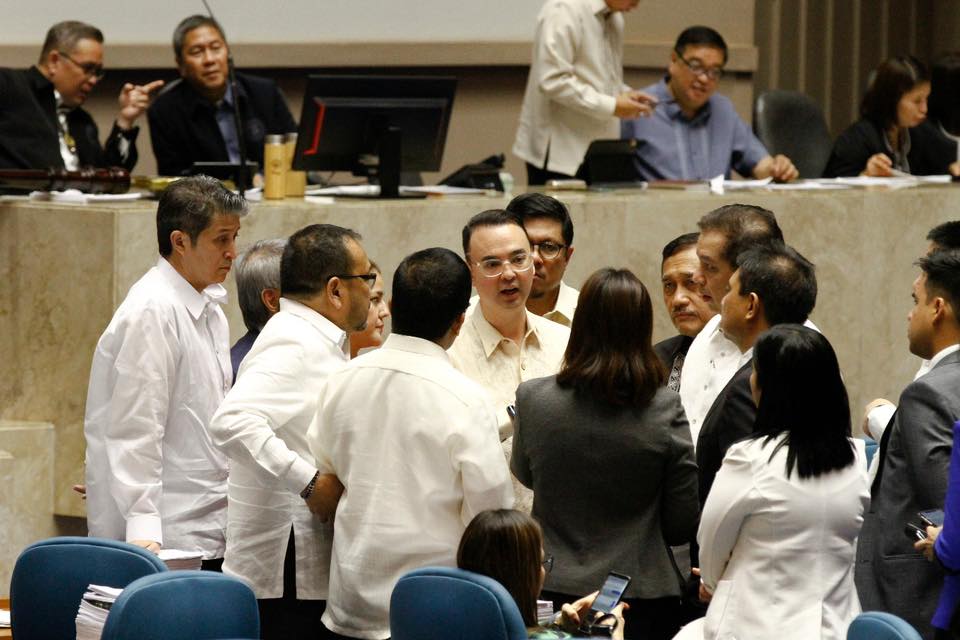 MANILA, Philippines – Speaker Alan Peter Cayetano said on Tuesday, February 11, the House of Representatives and its committee on legislative franchises know their priorities and cannot be rushed to tackle the renewal of broadcast giant ABS-CBN’s franchise.

In a statement, Cayetano also made a commitment “to conduct an impartial hearing, where those who are against or in favor of the renewal may make their case,” and to “study this issue from all aspects in order to protect the interest of the public.”

“While we understand that there are certain interests who want to rush this process, we stand by the leadership of the 18th Congress and the committee on legislative franchises on how to  prioritize urgent and important legislation,” the Speaker said.

ABS-CBN’s 25-year franchise expires on March 30. Several bills are pending in the House, seeking to grant the network another 25-year license.

However, even before the committee could set a hearing on the bills, Solicitor General Jose Calida filed with the Supreme Court a petition to scrap ABS-CBN’s franchise on Monday, February 10. Shortly after, Deputy Speaker Johnny Pimentel said the House was considering deferring committee hearings because of this. (READ: EXPLAINER: Legal points in Calida’s quo warranto vs ABS-CBN)

“[If] ever we will hear the application of ABS, the violations mentioned by the OSG (Office of the Solicitor General) will be highlighted during the hearing, thereby derailing its renewal,” Pimentel said on Monday.

Other authors of bills seeking the renewal of ABS-CBN’s franchise said they considered Calida’s petition with the court as a usurpation of Congress’ power to grant broadcast franchises. They called on the committee to immediately take up the pending measures.

Cayetano said: “This constitutional duty of Congress does not preclude other branches of government to do as it sees fit with regard to this matter. But neither should it divest Congress of its powers nor will their actions stop us from doing what we must do.”

The Speaker said the House had been attending to “important issues affecting the country,” as determined by Malacañang. These included the national budget for 2020 and bills that would ensure free education and universal healthcare would be funded. It was also attending to urgent matters, like the novel coronavirus outbreak, the African swine flu, the aftermath of the Taal Volcano eruption, and the termination of the Visiting Forces Agreement with the United States.

“The ABS-CBN franchise Issue, stripped of the inflammatory rhetoric, simply boils down to whether or not the government, through Congress, should continue to grant a private corporation the privilege to do business using government owned airwaves,” Cayetano said.

Cayetano, known to use spiritual quotes in his statements, said the government of President Rodrigo Duterte has had to “reflect on…how best we can serve God and the Filipino people” through nation-building and reforms, and suggested that the media should do the same.

“Maybe the media, especially ABS-CBN, should also take this critical time for soul-searching on how we have all reached this point, on what reforms are needed, and how to best serve God and the Filipino people,” he said.