QC court orders arrest of Trillanes, 10 others for conspiracy to commit sedition 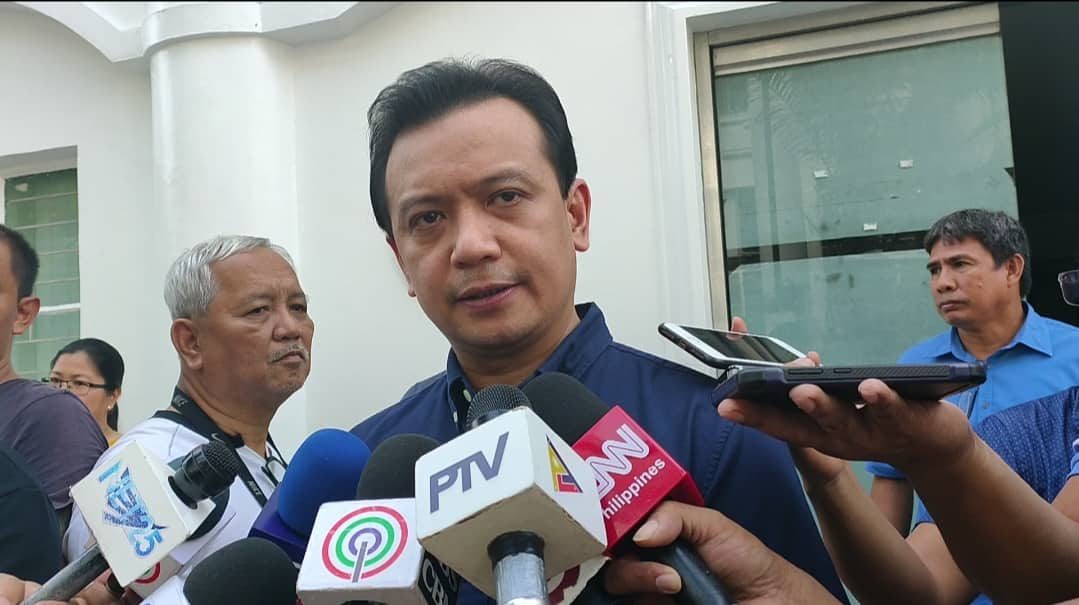 Facebook Twitter Copy URL
Copied
(3rd UPDATE) 'I will face this case just as I have faced all the other harassment cases Duterte's minions have filed against me,' says former senator Antonio Trillanes IV, who will post bail upon his return to Manila next week

The branch clerk of MeTC Branch 138 confirmed to Rappler on Friday, February 14, that the warrants had been issued by Judge Kristine Grace Suarez to all 11 charged in the case over the Bikoy “Ang Totoong Narcolist (The True Narcolist)” videos.

The respondents will be arraigned on March 17 at 2 pm.

As many as 3 people have posted bail at P10,000 each, said the clerk. The clerk refused to disclose their identities but two of those who posted bail were priests Flaviano Villanueva and Albert Alejo.

LOOK: Fr Flavie Villanueva and Fr Albert Alejo post bail for conspiracy to commit sedition. The warrants against them have been recalled. pic.twitter.com/tZ6unfJaPc

A copy of the warrants were also not provided.

Aside from Trillanes, the 10 others charged are:

Trillanes, who was out of the country, said in a statement sent to media that he was ready to face another “harassment case.”

“I am out of the country as of the moment for a series of engagements. But I intend to post bail once I arrive in Manila late next week,” the former senator said.

“I will face this case just as I have faced all the other harassment cases Duterte’s minions have filed against me,” he added.

Trillanes, a fierce critic of Duterte, was first arrested under the Duterte administration in September 2018, when he was a sitting senator, for the charge of rebellion. This stemmed from Duterte’s Proclamation No. 572 which sought to revoke the amnesty granted to him in connection with the 2003 Oakwood mutiny and the 2007 Manila Peninsula siege. (TIMELINE: Trillanes, from mutiny to amnesty)

The opposition and human rights groups slammed the September 2018 arrest as part of the Duterte government’s crackdown on vocal critics.

Last year, Advincula accused members of the opposition, as well as ranking figures in the Catholic Church and human rights lawyers, of conspiring to oust President Rodrigo Duterte through what he claimed was an operation code-named Project Sodoma, which involved producing and releasing the narcolist videos.

All complaints against human rights lawyers, bishops, and members of the Integrated Bar of the Philippines were also dropped. – Rappler.com