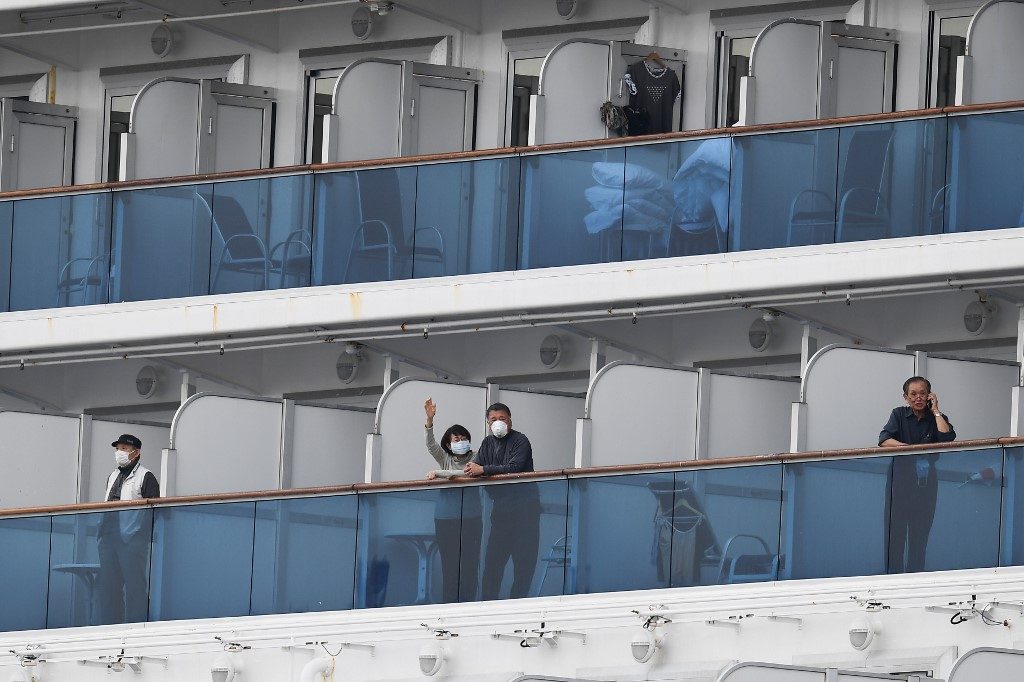 Department of Foreign Affairs (DFA) Assistant Secretary Eduardo Meñez said in a press conference on Monday, February 17, this is the initial assistance the Philippine government has provided the Filipinos onboard the cruise ship.

“The Philippine embassy, as I said, is in constant contact [with them]. We have, through the Japanese government, delivered care packages containing toiletries and non-medical supplies, and are in constant contact with the medical authorities,” Meñez told reporters in Malacañang.

Of the 538 Filipinos onboard, at least 27 are confirmed to have COVID-19, the disease caused by the virus. The first case of COVID-19 in a Filipino was confirmed onboard the Diamond Princess.

The cruise ship has been in quarantine since February 5 at the port of Yokohama near Tokyo following the 2019-nCoV outbreak.

For now, Meñez said it is “not clear” to him who is shouldering the medical expenses of the infected Filipinos. But he gave an assurance that the Philippine government would shoulder the costs if the need arises.

“At this point, it is not clear to me whether the medical expenses of those positive, of those identified to be COVID-positive are being shouldered by whom. I would imagine that in the initial case, it would be the Japanese government. But the employer as well will probably have some responsiblity for paying for the medical expenses,” Meñez said.

Asked further if the government would aid the Filipino passengers who would wish to be repatriated from the cruise ship, Meñez said, “Of course.”

The technical working group of the inter-agency task force (IATF) handling the 2019-nCoV threat is set to finalize its recommended response to the quarantined cruise ship on Monday afternoon. The members will then present their recommendations during the high-level IATF meeting scheduled on Tuesday, February 18.

As of 12 pm on Monday, the Department of Health has probed 521 patients in the Philippines. Of this number, 171 patients are still admitted in various health facilities, while 350 have already been discharged.

The Philippines has so far recorded 3 confirmed cases of COVID-19. One of them died, but the other two recovered and have since been discharged from the hospital.

As of Monday, the virus has killed at least 1,765 and infected 70,400 people in China. Cases have been recorded in more than two dozen countries. – Rappler.com