Feb 17, 2020 9:22 PM PHT
Mara Cepeda
Facebook Twitter Copy URL
Copied
(3rd UPDATE) 'Can anyone honestly say, after watching the coverage of the network during the 2010 and 2016 elections, that ABS-CBN did not take sides and favor any candidate?' says Speaker Alan Peter Cayetano 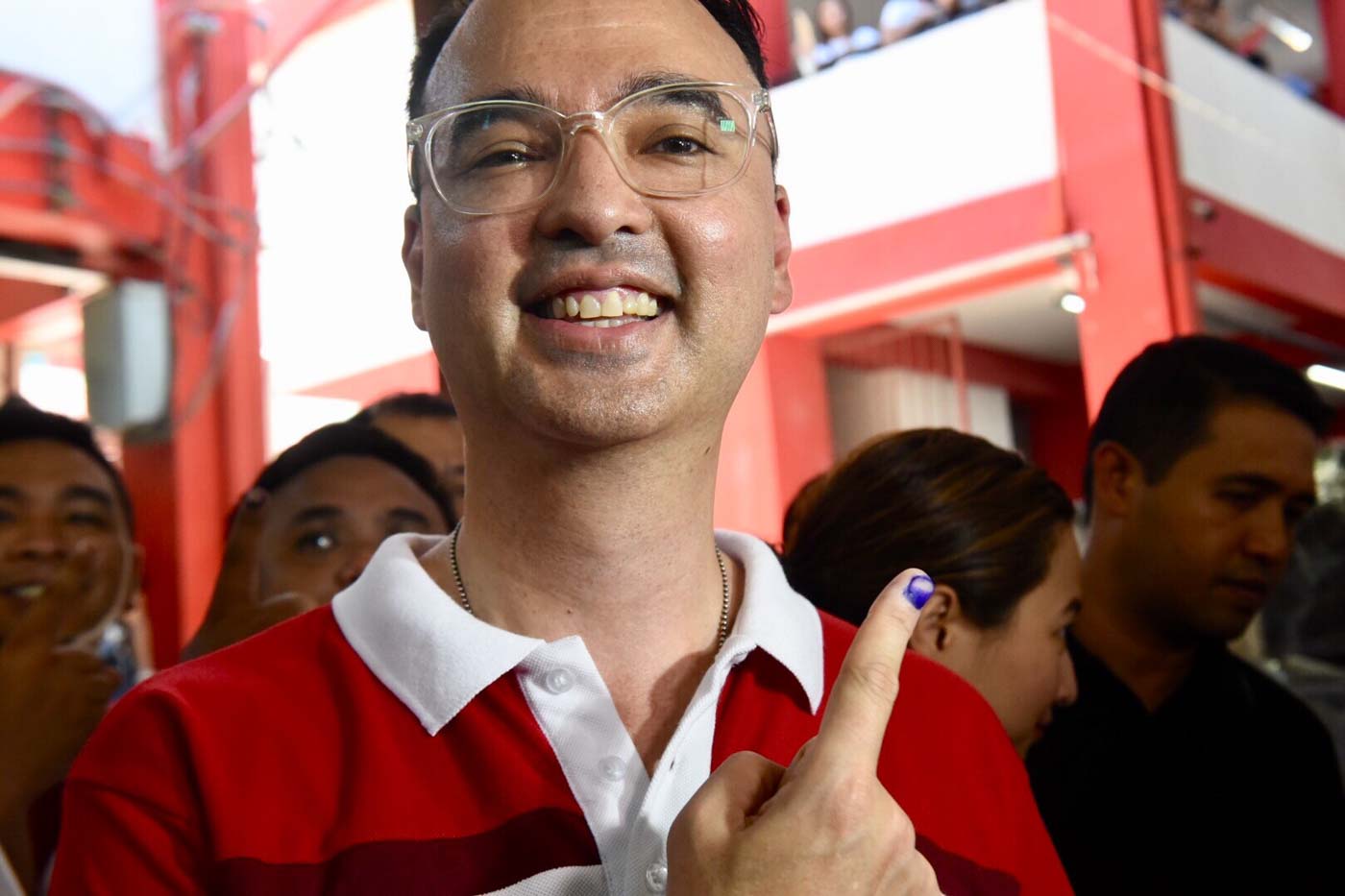 MANILA, Philippines (3rd UPDATE) – Despite calls from fellow lawmakers and media groups, Speaker Alan Peter Cayetano finds no urgency to tackle the bills seeking to renew for another 25 years the franchise of ABS-CBN, as he accused the media network of alleged unfair election coverage in 2010 and 2016.

Cayetano issued his strongest statement yet against the renewal of ABS-CBN’s franchise on Monday night, February 17.

“Can anyone honestly say, after watching the coverage of the network during the 2010 and 2016 elections, that ABS-CBN did not take sides and favor any candidate? Or that personalities and politicians, who through the years have had strong affinity with the station, do not receive undue advantage during campaign season?” said Cayetano in a Facebook post.

“Let me just say that this practice is prohibited by law under the Fair Elections Act. To which the network must, and will be given a chance to respond,” the Taguig City-Pateros 1st District congressman added.

It’s no secret the Speaker has an axe to grind against ABS-CBN. Cayetano, who ran but lost in the 2016 vice presidential elections, had accused the network of supposedly giving more airtime to other candidates during the campaign period.

His standard-bearer was no less than President Rodrigo Duterte, who had also claimed ABS-CBN allegedly “swindled” him for not airing his paid political advertisements during the 2016 presidential campaign.

During the 2010 elections, Cayetano was also the secretary-general of the Nacionalista Party, which fielded former senator Manuel Villar Jr in the presidential race. Villar would later lose to Benigno Aquino III. It was during the presidency of Aquino’s mother that the Lopez family got back their business taken over by the Marcos government.

“It is primarily for this reason that we do not see the urgency of a hearing at this point. It will be tedious, contentious, and it threatens to drain the momentum that has allowed the 18th Congress to accomplish so much – including the historic early passage of the 2020 General Appropriations Act, the Salary Standardization Law for Nurses and Teachers, the Malasakit Centers Act, and many other landmark legislations,” the Speaker said.

Cayetano previously argued ABS-CBN could secure a provisional authority to operate from the National Telecommunications Commission instead while the 18th Congress has not adjourned sine die. (READ: Cayetano says Congress can’t be rushed to tackle ABS-CBN franchise)

“The reasons proffered by Speaker Alan Cayetano for foot-dragging on the renewal of the franchise of ABS-CBN are not so overriding as to sacrifice the freedoms of the press and expression for expediency,” Lagman said.

ABS-CBN’s current franchise, which was approved through Republic Act No. 7966 on March 30, 1995, is set to expire on March 30, 2020. If the bill renewing the franchise is not signed into law, ABS-CBN would have to close down its radio and television operations.

The bill seeking to renew ABS-CBN’s franchise for another 25 years was first filed in May 2014 during the Aquino presidency, but the measure remained pending at the committee level.

During the previous 17th and current 18th Congress under Duterte’s term, several bills have been re-filed to renew ABS-CBN’s franchise, but legislators are still sitting on the measures.

In a separate statement on Tuesday, February 18, Lagman said the Speaker has “no monopoly” over House members.

“Although Cayetano as Speaker is considered primus interpares or first among equals, the other representatives are his co-equals who should not be disenfranchised from seasonably voting on the proposed renewal,” Lagman said.

“The Speaker cannot solely toll the death knell on bills or unduly delay the plenary deliberation on legislative measures. He has no monopoly over the fate of these measures,” he added.

Cayetano did not let Lagman’s comment slide. In a Facebook post on Tuesday evening, the Speaker insisted he is “not stopping” deliberations on the ABS-CBN franchise in the House, then claimed Lagman was allegedly “eager to please” ABS-CBN.

“We’re not stopping the discussions (everyday na nga yan pinaguusapan) (we always talk about it every day), but it is nice to know who are eager to please the network. From both Houses of Congress,” Cayetano said.