Feb 22, 2020 9:44 PM PHT
Agence France-Presse
Facebook Twitter Copy URL
Copied
While hundreds of travelers have disembarked, more than 1,000 crew remain – including over 400 Filipinos whose return on Sunday has been delayed until Japan clears them to travel 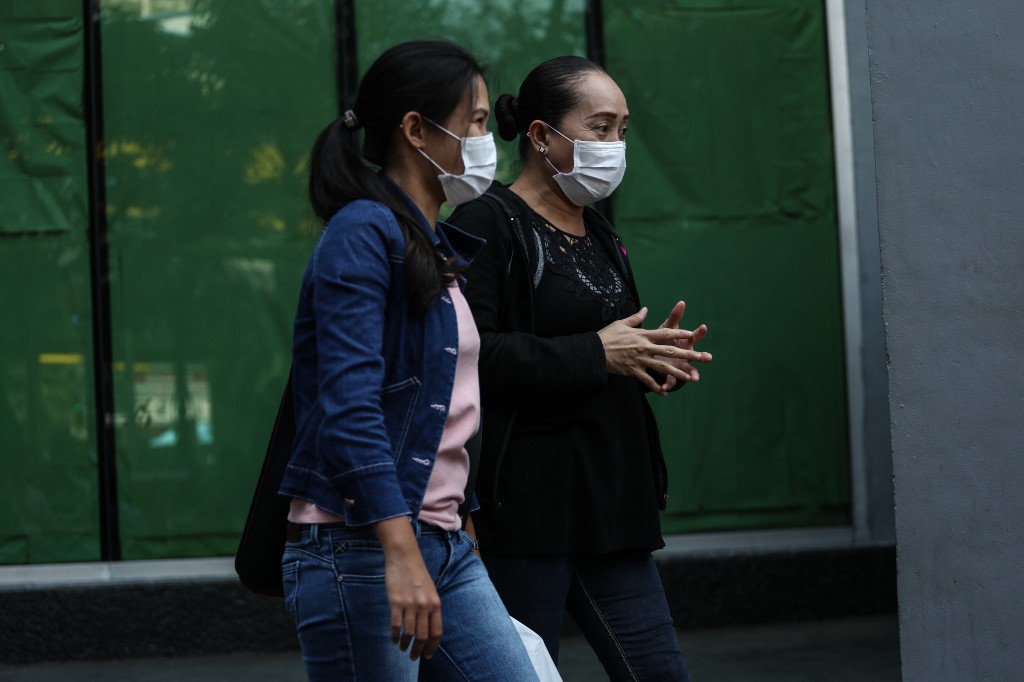 MANILA, Philippines – Families of hundreds of Filipino crew members still stuck on board the coronavirus-stricken Diamond Princess cruise ship are increasingly worried for their relatives’ health, as the Philippines postponed on Saturday, February 22, a scheduled trip to bring them home.

The vessel, moored off the Japanese coast in Yokohama near Tokyo, has the biggest cluster of coronavirus infections outside the Chinese epicenter, with over 600 cases confirmed among the 3,700 passengers and crew.

While hundreds of travelers have disembarked more than 1,000 crew remain – including over 400 Filipinos whose return on Sunday, February 23, has been delayed until Japan clears them to travel, the Philippines said Saturday.

“[The task force] is adjusting the schedule out of an abundance of caution with a view of safeguarding the health and safety of our OFWs (overseas Filipinos) onboard,” the health department said in a statement.

Adding to the families’ worry, a Philippine foreign ministry official said Saturday 49 Filipinos on board have tested positive for the virus, two of whom were successfully treated and discharged from the hospital.

Norma Fajardo, whose daughter is part of the Diamond Princess security team, said the crew have been well treated and cared for, but she is worried her work makes her particularly vulnerable to the virus.

“We couldn’t do anything because she works in security so she has to monitor passengers,” Fajardo told AFP.

“We’re worried. She could get infected anytime,” she added.

Fajardo said crew who get sick are allowed to rest, but those without symptoms were encouraged to continue working.

Esther Rivera – whose son is a ship photographer – has urged the Philippine government to bring them home.

“I hope they get pulled out from the ship because they are infecting each other there,” Rivera said.

Once flown home, the repatriated Filipinos will be quarantined for two weeks in a northern Philippine facility previously used to house athletes in the 2019 Southeast Asian Games.

Japan has faced mounting criticism for its quarantine arrangements as passengers disperse across the world.

The cruise ship was quarantined on February 5 – after a passenger who disembarked in Hong Kong tested positive for the virus – but many crew were not isolated because they were needed to keep the vessel running.

Some were preparing food and delivering meals to cabins, leading some critics to charge they were inadvertently spreading the virus throughout the boat.

Princess Cruises President Jan Swartz has written a letter to the crew, saying the firm was “deeply grateful and incredibly proud of all of you.”

Around 10 million Filipinos work abroad and the money they send home spurs the local economy where many still live in deep poverty despite the country’s robust growth.

The government has for decades hailed overseas workers as modern heroes, but advocacy groups have highlighted these Filipinos vulnerability in troubled countries, or during epidemics. – Rappler.com