Feb 25, 2020 12:21 PM PHT
JC Gotinga
Facebook Twitter Copy URL
Copied
President Rodrigo Duterte hails the peaceful uprising for having restored democratic institutions, many of which he himself has attacked or threatened 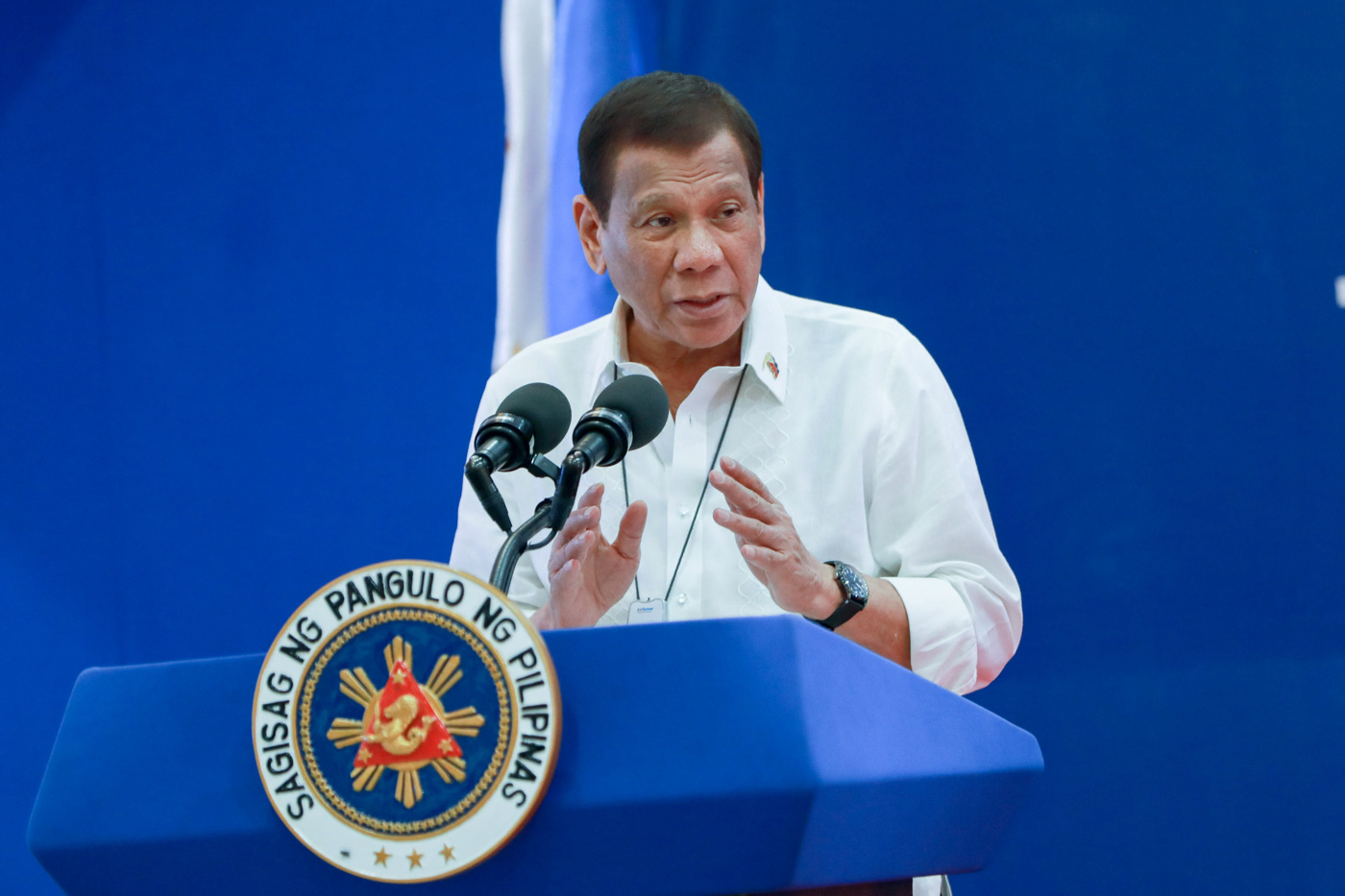 MANILA, Philippines – It appears the importance of the 1986 People Power Revolution is not lost on President Rodrigo Duterte because his official message on its 34th anniversary, issued by Malacañang early Tuesday morning, February 25, hailed it as “a catalyst for the restoration of our democratic institutions,” and called for “a meaningful commemoration.”

However, the President was yet again absent from the official commemorative ceremony at the People Power Monument in Quezon City along EDSA on the same morning, and he was not scheduled to attend any event related to the anniversary.

In fact, Duterte has never graced EDSA anniversary ceremonies since he became president in June 2016.

Having built his political persona as an antidote to the deficiencies of the political establishment ushered in by the 1986 uprising against the 20-year dictatorship of Ferdinand Marcos, Duterte once dismissed the People Power revolt as a coup by the country’s elites and oligarchs who wanted power for themselves.

In his campaign and even in his administration, Duterte capitalized on the public’s dissatisfaction with the establishment that had accumulated after 1986, when ostensible economic progress largely failed to reach the masses, who have remained mostly impoverished.

This created the notion of the “dilawan” or “yellow” political faction, a term ascribed by Duterte’s allies to the Aquinos and their allies in the Liberal Party, and mostly anyone who expresses opposition to Duterte. Yellow was the color of propaganda materials used in the 1986 revolt.

And yet in his message on Tuesday, Duterte said, “Inspired by the freedoms that we secured in February 1986, let us all rise above our petty political differences so that we may, together, ensure the legacy of EDSA will remain relevant in the years ahead.”

He called participants in the uprising “the valiant heroes of EDSA,” saying he joins them “with renewed hope that the succeeding generations of Filipinos will also have the courage, strength, and determination to protect, defend, and preserve the liberties that we have won during that historic revolution.”

Vice President Leni Robredo’s EDSA anniversary message had a similar theme – the importance of preserving the hard-won freedoms won in 1986 and how Filipinos can be counted upon to rise up to the occasion when such liberties are threatened. (READ: Robredo: EDSA anniversary a reminder that tyrants won’t succeed)

In allowing Ferdinand Marcos’ remains to be transferred and buried in the Libingan ng mga Bayani in November 2016, Duterte sealed his association with the late dictator, whom he called his “idol.”

Critics have said Duterte has outdone Marcos in the number of extrajudicial killings during their terms. More than 3,000 people were summarily killed during Marcos’ repressive regime – mostly activists, dissidents, and political opponents like Benigno Aquino Jr.

Duterte’s administration, meanwhile, has admitted to at least 6,000 killings in its war on drugs, but human rights advocates placed the number at more than 20,000.

Duterte’s attacks on free speech and press freedom are another nod to Marcos, who banned and suppressed any critical reportage or portrayal of his regime.

For instance, ABS-CBN, which Marcos seized and shut down after he declared martial law in 1972. Duterte now threatens to deny the broadcasting giant a legal franchise, which may lead to another shutdown or at least force the network to significantly scale down its operations.

The Duterte administration has also attempted to shut down Rappler by falsely accusing it of having foreign ownership, and filing several tax evasion cases on the journalistic enterprise.

During Marcos’ Martial Law, he consolidated power to himself by shuttering Congress and suspending the writ of habeas corpus, which denied crime suspects court trials. Duterte has not done those, but his allies in Congress have formed a “supermajority,” creating a Legislature that’s been mostly agreeable to the Executive.

The ouster of Chief Justice Maria Lourdes Sereno from the Supreme Court in May 2018 over a quo warranto complaint from Solicitor General Jose Calida shook the Judiciary and displayed the extent of Duterte’s overreach – chief justices, by law, can only be ousted through an impeachment at Congress.

Sereno was among members of supposedly coequal institutions who earned Duterte’s ire because they had criticized him. Another is Senator Leila de Lima, who has been in jail for 3 years over what she and her supporters insist are spurious drug charges.

Despite these, Duterte’s message on Tuesday states, “the People Power Revolution remains as, beyond doubt, one of the most remarkable events in our nation’s history” for having ended an authoritarian regime and restored democratic institutions, many of which Duterte himself has attacked or threatened. – Rappler.com