MANILA, Philippines – It looked as though the trees were bleeding as sap oozed from where the barbed wire punctured their trunks.

The thorny fence was meant to keep out the workers of the Masungi Georeserve in the foothills of the Sierra Madre mountain range in Rizal province.

The barricaded area is 500 hectares of heavily degraded land primed for reforestation, said Billie Dumaliang, a trustee and advocacy officer of the Masungi Georeserve Foundation.

A quarry company put up the barbed wire fence on Wednesday, February 26, and the foundation that leads efforts to conserve Masungi worries about what may come next.

“There are reports that they will be mobilizing more men from government forces to continue fencing soon,” Dumaliang said in a statement.

“Our reforestation project in some 3,000 hectares of forest land within a protected and conserved area is under siege,” Dumaliang added, referring to the entire reservation that they have been trying to save, little by little, for over two decades.

Despite an administrative order by the Department of Environment and Natural Resources (DENR) that declares the Masungi Georeserve off-limits to quarrying and mining, land speculators – those who survey and acquire undeveloped land for commercial exploitation – have continually eyed the limestone-rich area that lies just over an hour’s drive from Metro Manila. 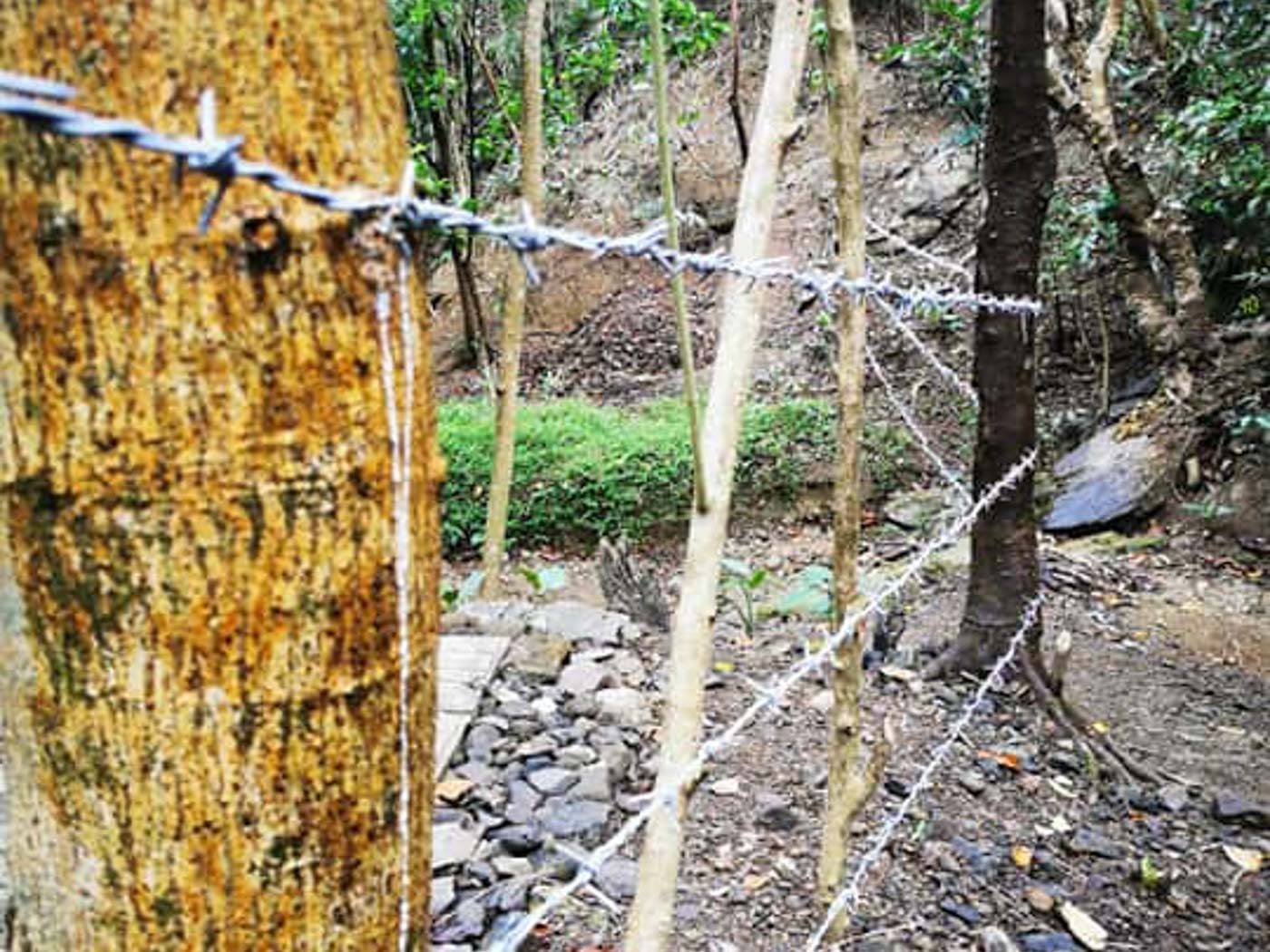 The barbed wire was just the latest escalation in a series of attempts to usurp the land, Dumaliang said.

“This is not the first time this happened. Throughout our many years here, the same quarry company and other land speculators have used errant elements of the [Police] Special Action Force (SAF) and the Army to harass our project teams. The area is notorious for land speculation, even if it is mountainous and found within a protected area,” he added.

Since 1993, the Masungi Georeserve has been proposed as a Strict Nature Reserve and Wildlife Sanctuary, under the National Integrated Protected Area System Act of 1992 – prohibiting any activity that might upset the area’s ecological balance.

Now, the reservation’s overseers are urging President Rodrigo Duterte and the DENR to back up this principle with an order that specifically evicts the quarry company, Rapid City, from the area.

With no word yet on their appeal, the group launched a signature campaign on Monday, March 2, to shore up public support for their cause.

“We are calling on the President and the DENR to stop the illegal fencing immediately and evict the quarry company and other land speculators once and for all. They are incompatible with and dangerous to the environment,” Dumaliang said.

The DENR enlisted the foundation’s help in 2017 to reforest some 3,000 hectares of heavily degraded land in the reservation located in the Upper Marikina River Basin Protected Landscape.

Years of deforestation and land degradation had denuded the area, exacerbating natural disasters such as Tropical Storm Ondoy (Ketsana) in 2009, which devastated parts of Metro Manila with unprecedented flash floods, particularly in the Marikina Valley.

The Masungi Georeserve Foundation runs a “low-volume” tourism project to finance its reforestation efforts. It hires some 100 locals in its work to conserve some 400 species of wildlife and 60-million-year-old limestone pinnacles in the area.

Since it began its work, the foundation has planted more than 47,000 native trees with the help of volunteers and visitors, Dumaliang said.

“A large population depends on streams and springs in the site for their drinking water and other domestic needs,” she added. If the place is turned into a quarry, human communities will ultimately suffer its impact.

The Masungi Georeserve is located near the Kaliwa River Basin, which the government plans to turn into a reservoir to service Metro Manila and nearby provinces. The dam project also faces strong opposition from nature conservationists and indigenous groups over its expected adverse impact on the Sierra Madre’s ecosystem. – Rappler.com