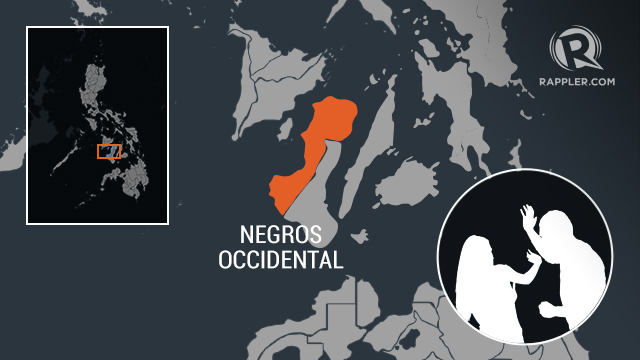 NEGROS OCCIDENTAL, Philippines – A teacher in Himamaylan City here was allegedly mauled by her 16-year-old student.

The incident stemmed from a derogatory message allegedly received by the teacher from her student. The message read, “hey send nude.”

Kristel Anne Valencia, a teacher at the Raymundo T. Tongson High School Extension in Barangay Suay, Himamaylan, based on her sworn affidavit, said she received on the afternoon of February 26 the disturbing message from the student, whose name is being withheld for being a minor. She then informed her co-teachers through Facebook about the incident.

She was then advised by the teacher-in-charge to talk to the student at the principal’s office.

In the meeting, the teacher said she let the student sit beside her and asked him why he sent the message, but the 16-year-old denied it. She also asked the boy why he would not apologize for previously calling her “ungo,” or dumb.

This aggravated the boy and asked why he was being blamed for everything. The teacher said she stopped talking after seeing the boy getting angry.

She said the student stood up then removed his ID and sling bag, and put down his cellular phone then punched her several times and grabbed her hair and pushed her head down causing her to feel dizzy. She then called for help. Her co-teachers rushed in to rescue her.

In the medical certificate, Dr. Ma. Cecilia Amante, medical officer of Gov. Valeriano M. Gatuslao Memorial Hospital, said the teacher suffered from a cerebral concussion secondary to blunt trauma and was advised to rest for 3 to 5 days.

Bernie Libo-on, assistant schools division superintendent in Himamaylan, in a media interview, said investigation about the incident was ongoing.

He said the teacher was transferred to the main campus to ease her trauma from the incident, while the student was placed on a modular program at home.

The student is allegedly under treatment for behavioral and psychological problems, Libo-on said. – Rappler.com