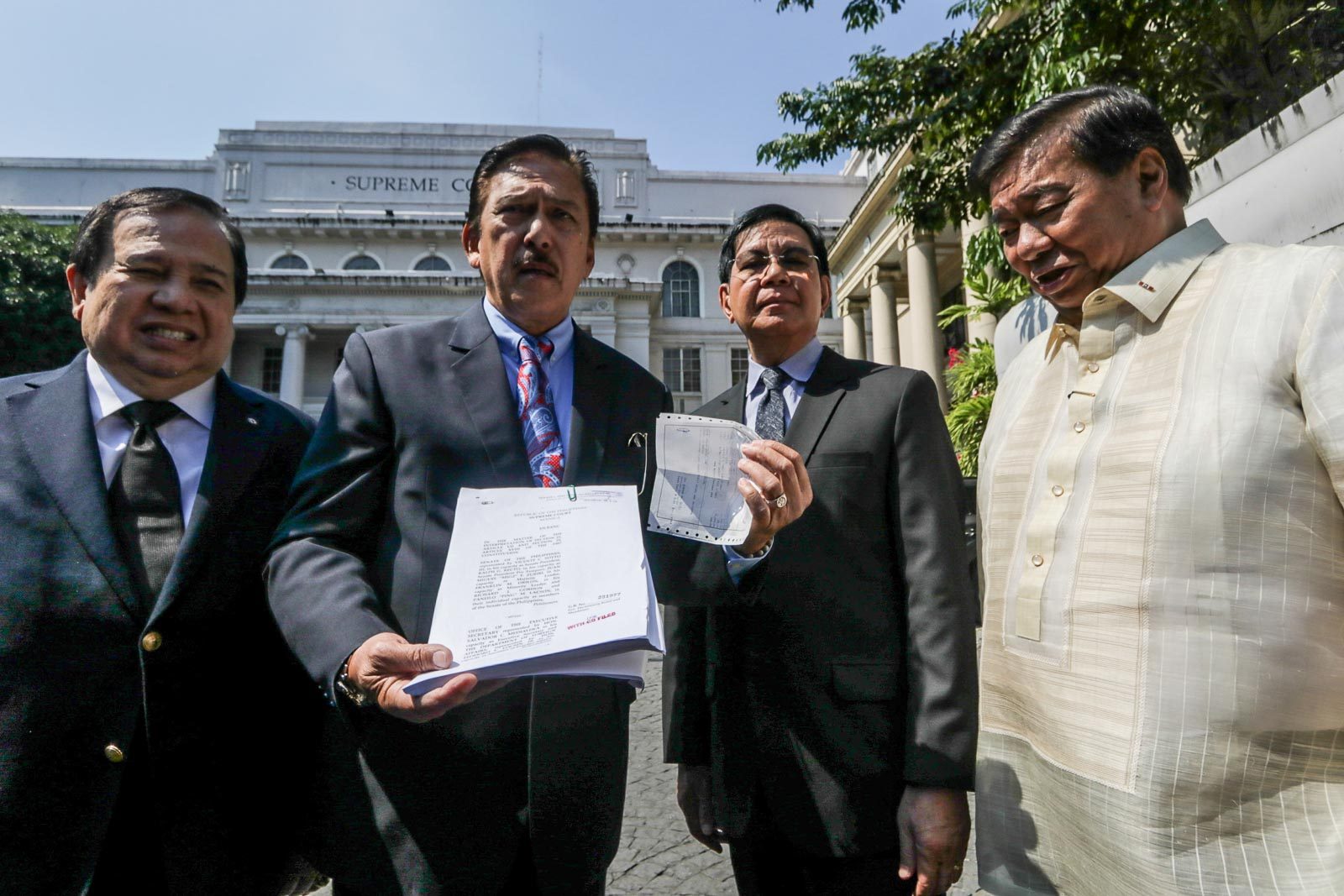 MANILA, Philippines – By filing a petition challenging the President’s unilateral termination of the Visiting Forces Agreement (VFA), the Senate, for the first time in the 3 years of this administration, has asked the Supreme Court to define the limits of President Rodrigo Duterte’s presidential power.

(What we are seeing now are the 3 branches of government, executive, legislative and judiciary meeting for this issue to clarify where does the president’s powers end?)

Why is this significant? This is the first time since July 2016 that the Senate as a body is challenging a Duterte policy before the High Tribunal.

In August 2018, only opposition senators filed a petition before the Supreme Court challenging Duterte’s unilateral withdrawal from the International Criminal Court (ICC). Like the VFA, the Philippines entered the ICC by ratifying another treaty, the Rome Statute.

At the time, opposition senators did not have the backing of the Senate – unlike now.

The petition for a declaratory relief and mandamus that was filed on Monday asks the Supreme Court to order Duterte to seek the Senate’s concurrence in terminating treaties like the VFA. Their basis is Section 21, Article VII of the 1987 Constitution that says the government cannot enter into any treaties without the concurrence of two thirds of the Senate.

Duterte terminated the 20-year-old VFA as an outburst towards the United States for canceling the visa of Senator Ronald “Bato” Dela Rosa, the President’s former police chief and architect of the bloody war on drugs.

“I’m sure my colleagues will agree na dapat talaga there cannot be absolutism in our government, we are a democracy, there are 3 branches of government that must coalesce with one another,” said Gordon.

Majority vote. The VFA petition was made possible through Senate Resolution No. (SRN) 337, which was signed by 12 senators. Duterte’s fiercest allies like Dela Rosa and Senator Bong Go did not sign. Because the resolution was passed by a majority vote, the petition is filed by the Senate as a chamber.

The administration senators did not directly respond to questions as to why they were backing the VFA petition and not when the ICC issue was raised before the Tribunal. Gordon brushed it off by saying, “Hindi ako nasama sa pagpirma eh [in the ICC].” (I was not among the signatories then.)

Lacson explained there was no resolution like SRN 337 then. There was however, at the time, SRN 289, which was similar in nature but was successfully blocked by another administration ally, Senator Manny Pacquiao.

Why VFA? “Let me just reiterate, for the last 2 years, almost 20 treaties na ang pinasukan natin and we have already infused in those treaties that any abrogation and termination must pass through the Senate,” said Sotto.

De Lima said that if the Supreme Court rules that terminating the VFA needs Senate concurrence, then it must also rule that withdrawing from the ICC has the same requirement.

In the ICC petition, retired justice Francis Jardeleza said before that the case would define the limits of Duterte’s presidential discretion, which has expanded, thanks to Supreme Court rulings on martial law in Mindanao and the temporary closure of Boracay.

Sotto maintained the VFA petition is not an affront to Duterte.

“No it’s not, it’s simply asserting the power of the Senate that we know and we think we have,” said Sotto. – Rappler.com