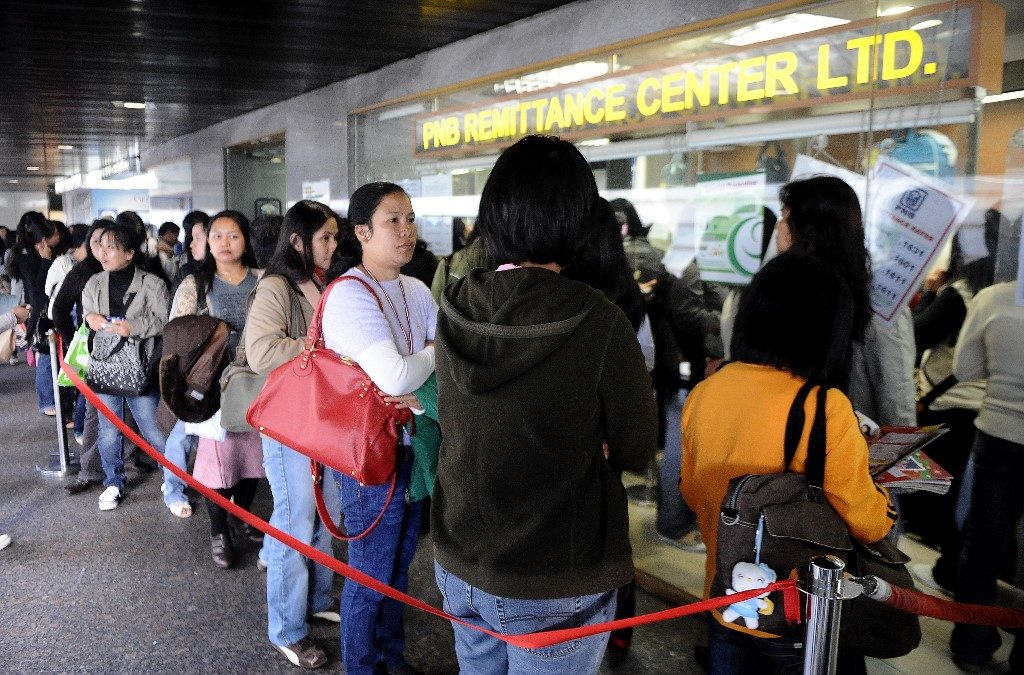 MANILA, Philippines – The House of Representatives approved on third and final reading a bill that would create a new department dedicated to protecting the welfare of overseas Filipino workers (OFWs).

On Wednesday, March 11, a total of 173 legislators voted yes to House Bill (HB) No. 5832, which would establish the Department of Filipinos Overseas and Foreign Employment. Only 11 lawmakers voted against the bill. No one abstained from the vote.

The new department would be tasked to protect the rights and promote the welfare of OFWs as well as implement programs for managing and monitoring their employment abroad.

HB 5832 would also authorize the new department to “initiate, pursue, and help prosecute” cases of illegal recruitment and human trafficking of OFWs.

No less than Speaker Alan Peter Cayetano, former secretary of the Department of Foreign Affairs, is among the primary authors of the bill. He said creating an entirely new department would allow the government to “focus” on providing the services needed by OFWs.

(It’s impossible to divide yourself…. The reality is, with the DOFW, you would have one secretary responsible for this. If someone has to be scolded or praised or given tasks, we would have someone to hold accountable.)

In 2017, DOLE Secretary Silvestre Bello III was previously against creating the department for OFWs. But he changed his mind in September 2019. The bill is among the legislative priorities of President Rodrigo Duterte.

For Deputy Minority Leader Carlos Zarate, however, a new department will not effectively answer the problems faced by OFWs, many of whom are abused by their employers.

Zarate said the government should instead focus on providing more jobs for Filipinos in the Philippines so they would no longer find the need to work abroad.

(A Department of OFWs is not the answer to the wishes of migrant Filipinos but the end of labor export, to be with their families again, and enough jobs and just wages in their own country.)

Albay 1st District Representative Edcel Lagman also condemned HB 5832 as it is a “permanent policy encouraging and promoting the export of Filipino manpower.”

“This projected department does not add any protection to OFWs aside from expediting their exodus to foreign employment,” Lagman said.

The Senate version of the department of OFWs bill remains pending at the committee level. – Rappler.com