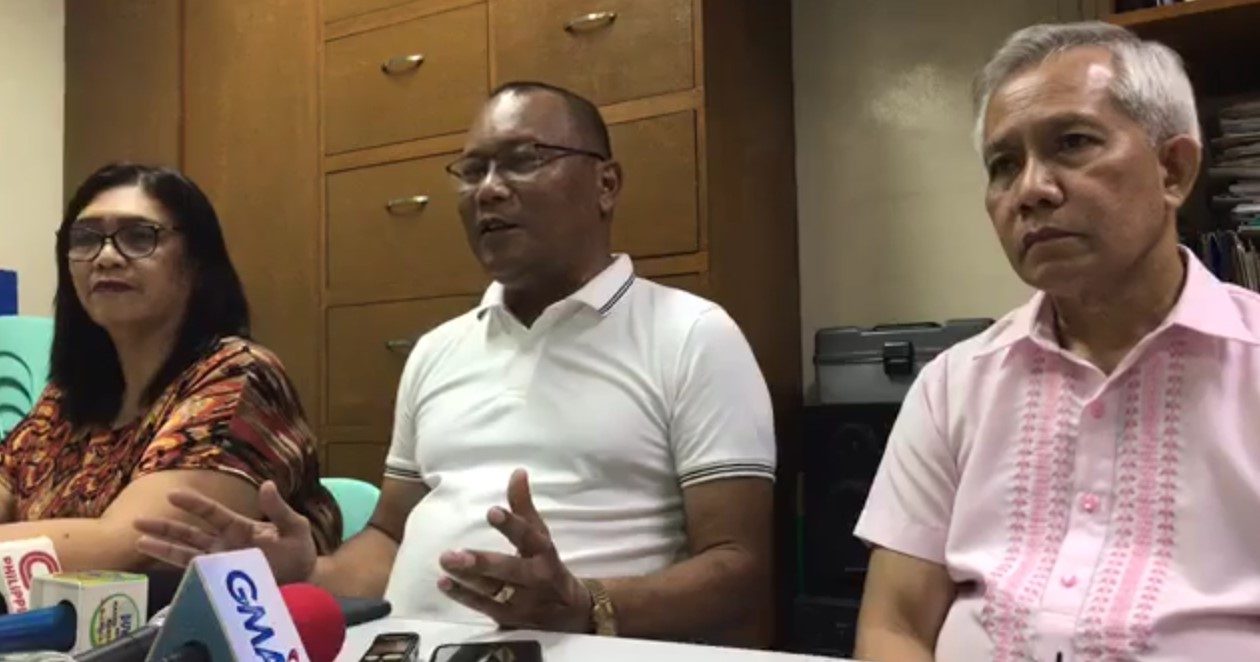 Facebook Twitter Copy URL
Copied
(UPDATED) The patient, who is from Dumaguete City, has just returned from a convention in Metro Manila, where he also visited the Greenhills Mall

The patient was from Dumaguete City.

In a press conference Wednesday evening, Bimbo Miraflor, provincial public information officer, said the specimen was taken from the patient on March 9, and the results were made available on March 11.

He said provincial authorities had started the contact tracing to find the people who may have been exposed to the patient. The police had been enlisted to contact the individuals.

“The provincial leadership is appealing to those who came in contact with the patient to feel free to submit for a medical exam in case they manifested flu-like symptoms,” Miraflor said.

He said Governor Roel Degamo was urging the public not to panic, as the provincial government was on top of the situation.

The provincial government already has the flight manifests from the airline, on which the patient traveled to Manila on February 28 and returned to Dumaguete City on March 1.

He also urged the public to follow the protocols laid down by the Department of Health, and that the hospitals should make necessary procedures for disinfection of their premises.

Based on the information that the Negros Oriental case was “Patient 39,” it can be gleaned from the DOH website that he is a 64-year-old Filipino who went to Greenhills Mall in San Juan City. He started showing symptoms on March 3.

As of Wednesday noon, 7 of the 33 cases known cases – before the Dumaguete resident got the results of his test – were from San Juan.

Estacion said the patient is now confined in an isolation room in one of the private hospitals in Dumaguete. They later confirmed the patient was admitted at Silliman University Medical Center.

“He is suffering severe pneumonia, and is on a ventilator,” she said.

She said the patient went to Manila for a convention.

Upon his return to the province, he consulted at ACE Dumaguete Doctors Hospital on March 7. “That’s the time we were alerted. There was a request for a throat swab after,” she added.

Dr. Socrates Villamor, the DOH provincial chief, said a second confirmatory test will be done 48 hours after the first test.

Meanwhile, the Silliman University Medical Center, in a press statement on Wednesday, said that a patient from ACE Dumaguete Doctors Hospital was transferred to their care at 2:32 am on March 10.

“While the transfer of one patient to another hospital usually happens for better management and care, there may have been a lapse in the manner this particular patient was transferred, there being no full disclosure and transparency on the condition of the patient to the receiving hospital,” the statement said.

“As of noon yesterday, no new admissions to the ICU will be entertained in the meantime. If really necessary, ICU-bound patients will be referred to other hospitals,” it said.

It also said that all staff and watchers taking care of current ICU patients are on hospital-imposed quarantined as a preventive measure. “All of them have been provided with adequate sleeping quarters, and meals for the duration of the quarantine,” it added.

The hospital also reminded the public to be properly screened when coming to SUMC and to fully disclose their health condition, especially those who have a history of travel in affected areas.

Miraflor, when sought for reaction, said there was cause for concern, but he didn’t want to speculate if there was a lapse on the part of the other hospital. “We will ask them what happened. I think they have their own explanation” he said.

He said hospitals know there are protocols that need to be followed.

He added they will meet with the administrators of the hospital on Thursday, March 12. – Rappler.com