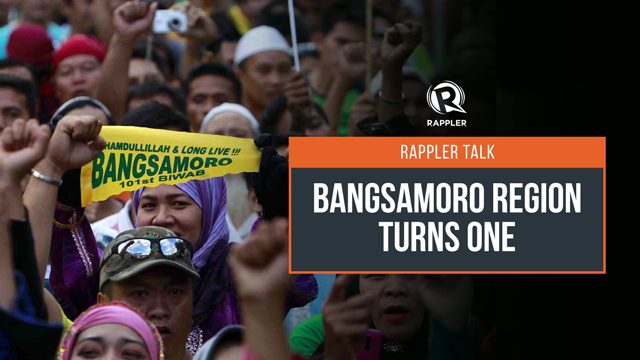 Facebook Twitter Copy URL
Copied
Rappler talks to Zia Alonto Adiong, a member of the Bangsamoro Parliament, on controversies, challenges, and milestones of the fledgling Bangsamoro region in its first year

MANILA, Philippines – The Bangsamoro Autonomous Region in Muslim Mindanao (BARMM) will mark one year since its inauguration on March 29.

Rappler speaks with a member of the region’s interim government, Zia Alonto Adiong, on controversies, challenges, and achievements of the region in its first year. Adiong hails from the battle-stricken city of Marawi and is a scion of one of the region’s powerful political clans.

What’s it like in the fledgling Muslim region and what lies ahead for its leaders and people?

Watch this episode of Rappler Talk on March 13 at 3 pm. – Rappler.com