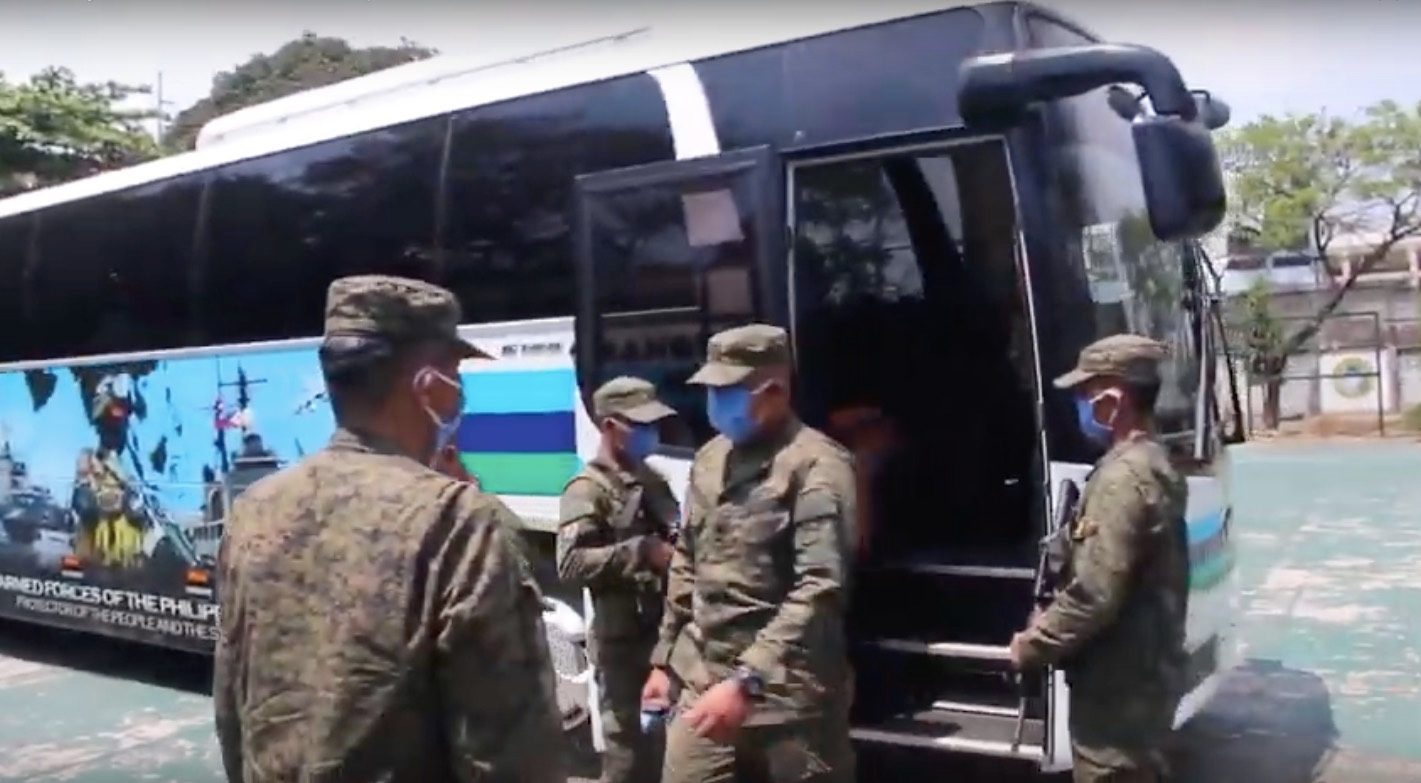 MANILA, Philippines – The Armed Forces of the Philippines (AFP) will “support” the Philippine National Police in enforcing the lockdown of Metro Manila that will begin at midnight on Sunday, March 15.

An effort to prevent the novel coronavirus from spreading further, the so-called “community quarantine” of the capital region may last until April 14, although the government said it may be lifted earlier if the need for it dissipates.

On Saturday afternoon, hours before the start of the lockdown, the AFP shared these videos of its Joint Task Force-National Capital Region (JTF-NCR) rehearsing their procedures in inspecting motorists at checkpoints. One of the videos shows how they would respond to a person who might resist being barred from either entering or leaving the metropolis. (READ: LIST: Who can cross into, exit Metro Manila during coronavirus lockdown)

“This is how it will look like when the community quarantine is implemented for the passenger bus and private vehicles when they enter the borders going to Manila. So we recommend that it is better if they will follow the sitting capacity of the bus on their every journey to avoid stalling at checkpoints,” said AFP JTF-NCR spokesperson 1st Lieutenant Arrianne Bichara.

The next video demonstrates how soldiers will approach a car to check its driver and passengers for symptoms, and to determine whether they could be allowed to proceed.

In this third video, soldiers demonstrate how they would prevent a person from trying to dodge a checkpoint.

The military task force “will strictly impose protocols.” Civilians who have a fever or show other possible symptoms of the virus, or those who have no urgent business in Metro Manila will be prohibited by troops from proceeding.

(Just in case anyone tries to ignore checkpoints, there will be military and armored vehicles in place to cut those who will insist on entering, and sanctions will be imposed on those who refuse to cooperate.)

Defense Secretary Delfin Lorenzana earlier said the military would not participate in drafting the guidelines of the government’s “community quarantine,” and that it will only support the police in enforcing it because the military has no police powers. – Rappler.com