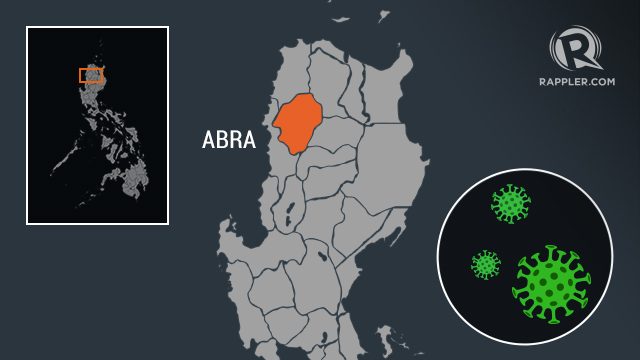 Facebook Twitter Copy URL
Copied
Because of the patient's reckless acts, 3 municipalities are now under surveillance, including the capital town of Bangued

Abra Governor Joy Bernos said that the overseas Filipino worker (OFW) acted recklessly and ignored probable symptoms of COVID-19 like fever and coughing and attended the Kawayan Festival parade in Bangued last March 8. The event was graced by top celebrities.

The results from a La Union hospital came out only this Saturday, March 14 and were positive.

Bernos said that there might be confusion because the hospital where the test was taken was located in Region I while the result was given to DOH Ilocos. Abra, however, though located in Cordillera can only be accessed by going through Ilocos Sur.

Bernos said that the OFW was already a Person Under Investigation (PUI) and was suffering from fever when he went to La Union.

While there, he decided to get himself tested at a hospital in San Fernando City, La Union.

She said that because of his ‘recklessness’, 3 municipalities will now be put under surveillance. This includes the capital town of Bangued, Sallapadan where he briefly stayed and his native town of Manabo.

Bernos said that the barangay of Catacdegan Nuevo in Manabo will be put under community quarantine starting today. – Rappler.com