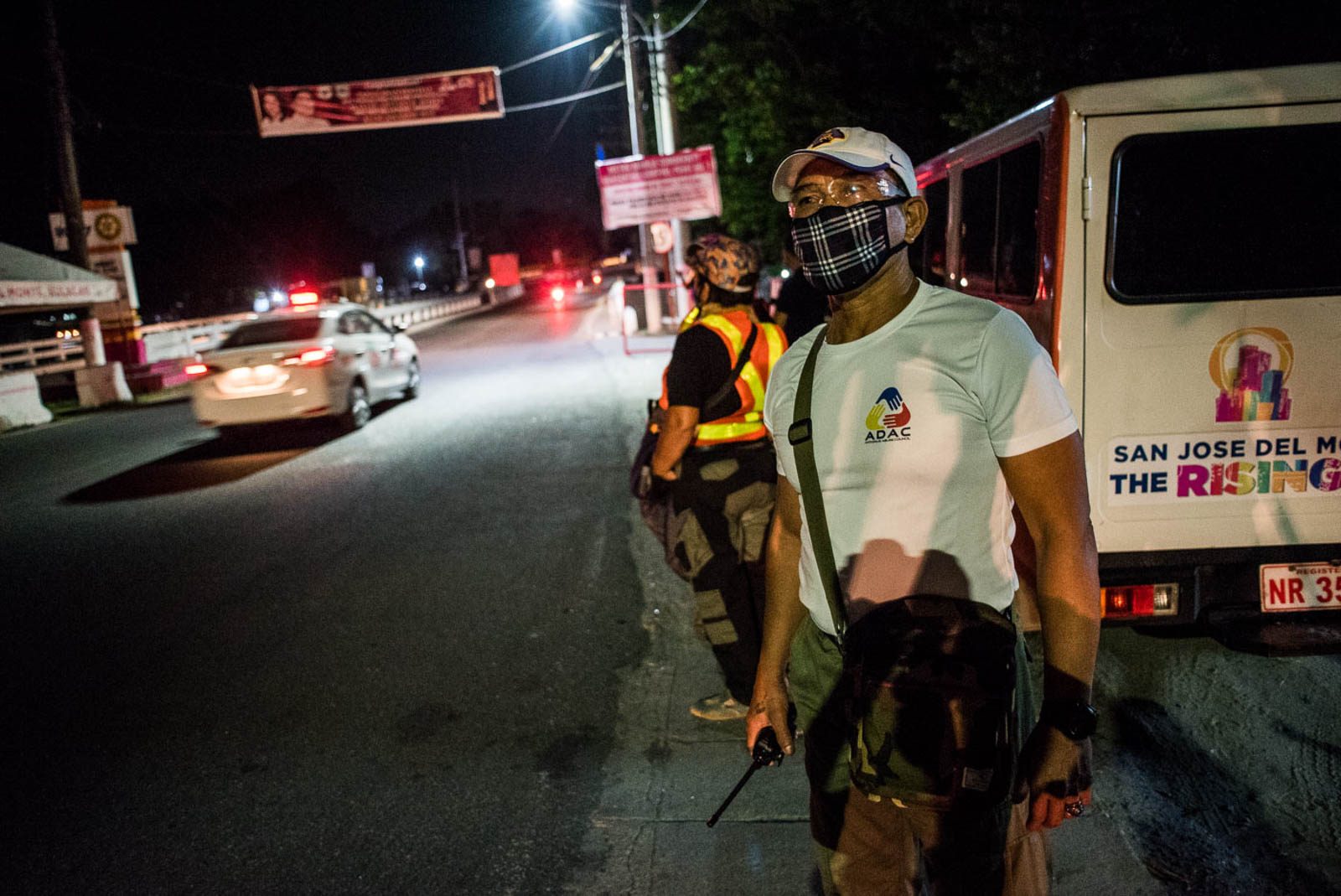 MANILA, Philippines – As President Rodrigo Duterte places the entire island of Luzon under “enhanced community quarantine” because of the coronavirus, the Department of Justice (DOJ) warned that those who will “seriously” resist or disobey enforcers will face charges and arrest.

“Considering the gravity of the present situation, our police and other law enforcement agents may effect against violators under any of the following laws,” Justice Secretary Menardo Guevarra said in a press conference late Monday, March 16.

Under the enhanced community quarantine, mass transport is suspended, including Transportation Network Vehicle Service (TNVS) like Grab. Private vehicles carrying people who fall under the exemptions of the travel restrictions are the only ones allowed to ply roads.

The exemptions include frontliners and essential workers like those in food and medical services. People may still go out to buy groceries or eat via their cars, or by walking.

Guevarra said there are 3 laws that may become basis for arrest and charges:

1. Article 151 of the Revised Penal Code on resistance and disobedience to a person in authority, punishable by a fine not exceeding P100,000 and imprisonment of up to 6 months.

2. If there is violence involved, Article 148 of the Revised Penal Code on direct assault against an officer, punishable by 6 months to 6 years in prison and a fine not exceeding P200,000.

3. Republic Act (RA) No. 11332 on the Mandatory Reporting on Notifiable Diseases, under Section 9 which prohibits non-cooperation, punishable by 1 month to 6 months and a fine not exceeding P50,000.

“So this will come into play only kapag talagang mayroong (if there really is) serious resistance or disobedience to our law enforcers,” said Guevarra.

“So I plead with everyone to just simply give your cooperation, this is something that is temporary, this is for the good of all of us, the police officers supported by the armed forces are not the enemy, they are not there to harass us but to protect us,” Guevarra added.

Former Supreme Court spokesperson Ted Te said RA 11332 may be too broad to be basis of arrest.

“It is difficult to see how these acts could constitute probable cause for a warrantless arrest. At best they should be subject of a criminal complaint and full preliminary investigation,” said Te.

In the context of the coronavirus, RA 11332 authorizes the secretary of health to declare a state of public health emergency. In the event that national security is threatened, the President may also declare it.

Duterte used RA 11332 as basis for his proclamation of a state of public health emergency.

“The provision that is penalized is that for non-cooperation and the penalty that may be imposed by the court if found guilty is a fine of not more than P50,000 or imprisonment of not more than 6 months,” said Guevarra.

Under Section 9, “non-cooperation of persons and entities that should report and/or respond to notifiable diseases or health events of public concern” is prohibited.

“There are so many vague words there. That can apply to anyone not doing anything,” said Te.

“The others (Articles 148 and 151 of the RPC) are felonies, they require criminal intent. They’re also clearly defined unlike RA 11332,” said Te.

In his address to the nation on Monday, Duterte took a swipe at unnamed individuals who said violators of the lockdown may not be arrested, as he said it undermined the police and soldiers.

Guevarra earlier said on Saturday, March 14, that lockdown violators cannot be arrested unless there is assault, bribery or slander.

Guevarra’s recent statements are a slight change of tune for the justice secretary, as the government adjusted its preventive measure from a Metro Manila quarantine to an enhanced quarantine of the entire Luzon.

Duterte spent a significant time in his address on Monday night threatening barangay captains who will not be able to enforce these restrictions, saying they will be charged with dereliction of duty.

Malacañang’s written memorandum on the Luzon lockdown, which is addressed to local officials, specifically orders the DOJ “to initiate appropriate charges” against those who will fail to “abide by the following guidelines and measures.”

“In addition to his criminal liability he will also be administratively liable and all you have to do is to report the act or omission from this barangay official to the proper offices of the DILG, and the DILG will take care of him,” said Guevarra.

As of Monday, the Philippines has a total of 142 confirmed cases of the novel coronavirus, with 3 recoveries and 12 deaths.