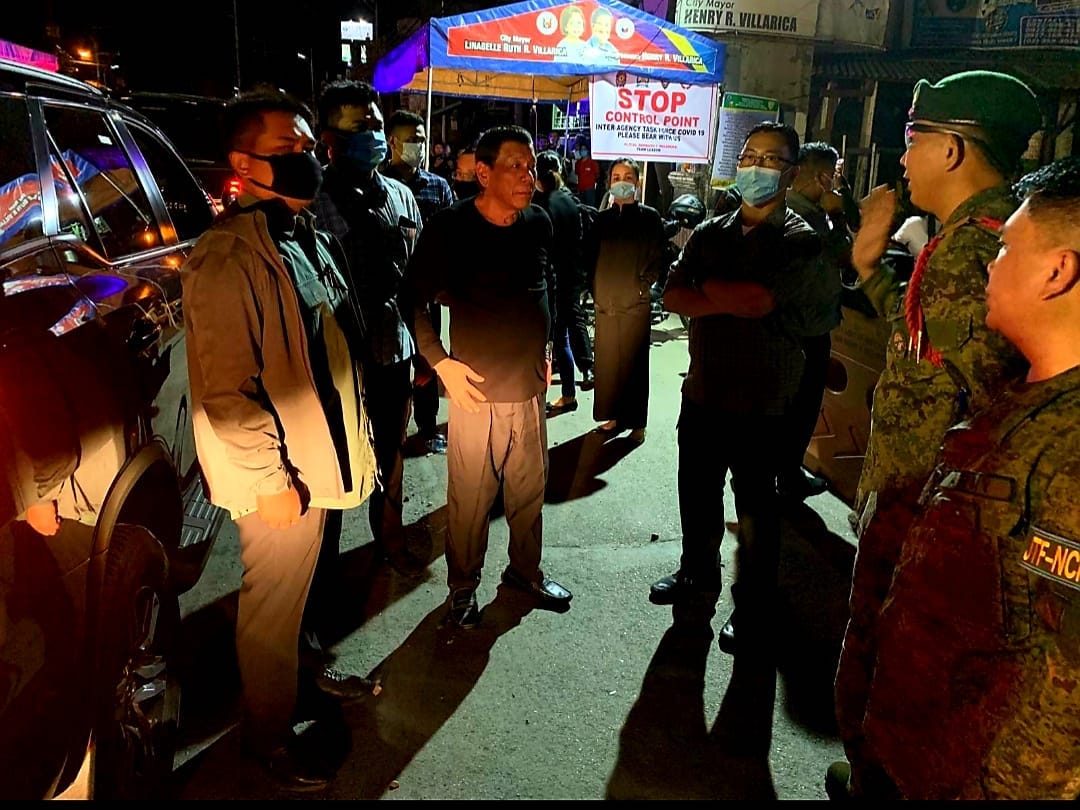 MANILA, Philippines – President Rodrigo Duterte conducted a surprise inspection of some checkpoints in Metro Manila during the first few hours of the Luzon-wide lockdown.

Citing the Presidential Security Group (PSG), radio DZMM reported that Duterte headed to the Valenzuela-Meycauayan boundary along MacArthur Highway at around 4 am on Tuesday, after he saw photos of the long lines of people and vehicles stuck there because of the Metro Manila lockdown. (LOOK: Scenes across Metro Manila as Luzon lockdown begins)

The report said the President appealed to the people for understanding and to follow the government’s rules to help fight the spread of the novel coronavirus.

In the photo released by the PSG, the President was seen not wearing a mask as he talked to Metro Manila cops manning the checkpoint, but the PSG said that social distancing was observed during that time and also when he addressed the people. Duterte supposedly wore a mask but took it off when he had to speak since he might not be heard.

DZMM reported that the President also went to Mindanao Avenue in Quezon City and drove by SM North to Balintawak. He reportedly wanted to proceed to San Jose del Monte in Bulacan but the PSG advised against it.

The “enhanced community quarantine” that the President ordered beginning Tuesday covers 57 million people in 8 regions who were told to stay home to help curb the number of COVID-19 cases in the country.

Under the new measure, strict quarantine for all households will be implemented, transportation will be suspended, and provision for food and “essential health services” will be regulated, based on an earlier memorandum released by Malacañang.

There are 142 coronavirus cases in the country as of Monday, May 16, while 12 people have died due to the disease.