PH coronavirus watch: Suspected cases per region, as of March 17, 2020 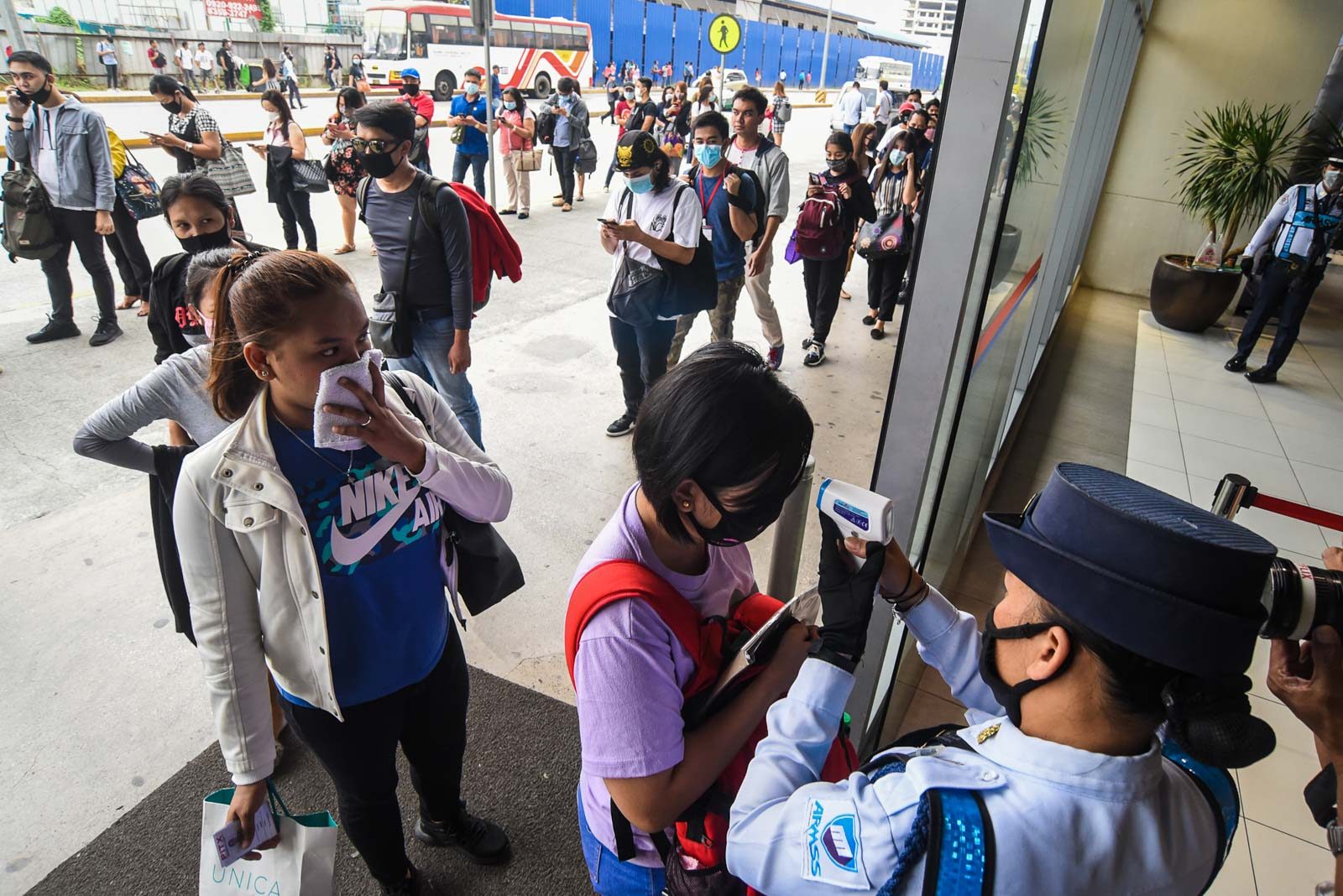 Facebook Twitter Copy URL
Copied
Based on the Department of Health's monitoring, there are 259 patients under investigation and 2,443 being monitored

The Department of Health (DOH) tracker showed that the government agency has conducted 1,030 tests as of 8:30 pm Tuesday, March 17.

The tracker showed the following figures:

It also showed that 163 are currently admitted to hospitals, 4 have recovered, while 14 have died.

The latest breakdown per region still only reflects 182 patients under investigation. All numbers are from the DOH’s nCoV tracker.

Since the outbreak began, at least 122 Filipinos outside the Philippines have contracted the virus.

But 77 from the cruise ship in Japan, 2 in Singapore, one in France, 3 in Hong Kong have since recovered and have been discharged, leaving 39 still admitted and in isolation, according to the latest available DOH tally.

The global death toll has reached 7,063, with 3,226 of the fatalities recorded in China (excluding Hong Kong and Macau). The number of cases worldwide has risen to 180,090, with more than 80,881 of the infections in China. The virus has spread to at least 145 countries. – with reports from Agence France-Presse/Rappler.com