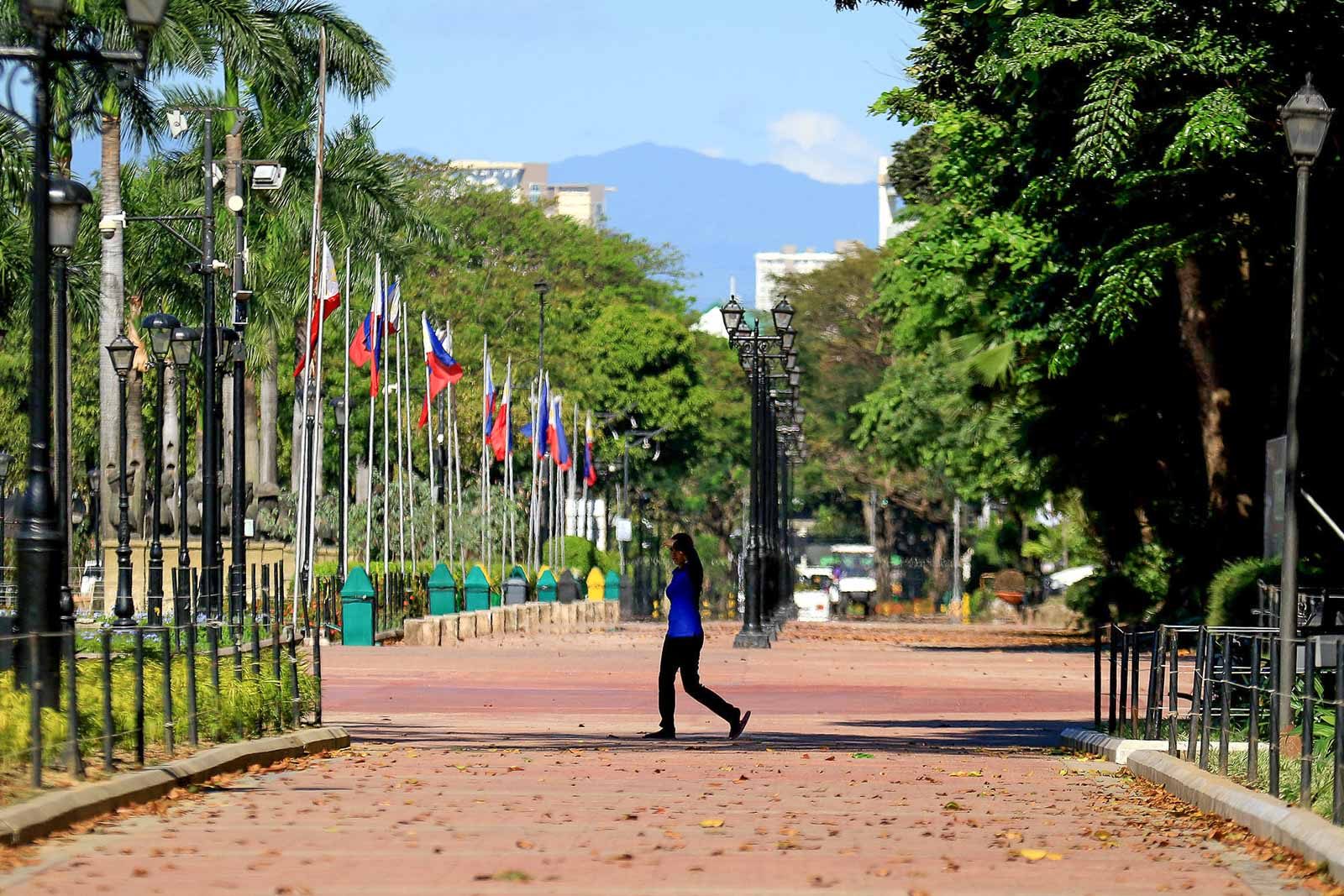 MANILA, Philippines – With both domestic and international flights severely affected by travel restrictions, over 4,000 tourists have been left stranded in the Philippines, unable to return to their home countries.

Foreign Secretary Teodoro Locsin Jr on Tuesday, March 24, met with European Union (EU) Chargé d’ Affaires Thomas Wiersing, who said some 4,500 tourists were left with no place to take shelter after hotels refused to allow them to stay, despite being unable to book flights out.

“Met EU CDA Thomas Wiersing who delivered the bad news that foreign tourists are sleeping in open air without shelter or roof over their heads because their hotels kicked [them] out once their booking ends,” Locsin said.

“Yes, it is our problem. A number of them have medical conditions including pregnancy. Shet (Shit),” he added.

Like many other countries, the Philippines recently implemented wide travel restrictions banning all non-Filipinos from entering the country to prevent the spread of the novel coronavirus.

The Department of Foreign Affairs suspended all visa issuances, canceled previously issued visas, and stopped visa-free arrivals, with some exceptions. This comes on top of restrictions on domestic land, air, and sea travel put in place along with the Philippine government’s move to lock down the entire island group of Luzon.

Salamat @teddyboylocsin for listening and acting promptly to adress the concerns of many and  citizens willing to get back home. Happy to count on @DFAPHL best efforts to repatriate our nationals.#COVID19 #WeHealAsOne pic.twitter.com/FeaO32Ggtw

What can be done? A proposed solution being considered, Locsin said, would be to observe a 24-hour window “until the last foreign tourist is out.”

“They should be allowed to board flights and vessels to take them to international airports even without tickets [because] how the fuck would they have tickets; they’re in our fucking provinces,” he tweeted.

Locsin said among the “pressing” calls of the EU which the Philippines needs to respond to are to increase domestic transport to service tourists bound for international ports, and to ensure they have shelter if no flight is available, “out of plain human decency.”

The foreign affairs chief further suggested sanctioning local government units who would prevent tourists from leaving. The hotels that kicked tourists out, he added, should be named and blacklisted.

Locsin called on the Department of Transportation to aid tourists and appealed to EU embassies to fill up flights back to Europe.

Foreign Undersecretary Brigido Dulay said the issue would be raised in the meeting of the government’s coronavirus task force on Tuesday.

The Philippines recorded at least 552 confirmed coronavirus cases as of Tuesday, including 35 deaths and 20 recoveries. – Rappler.com