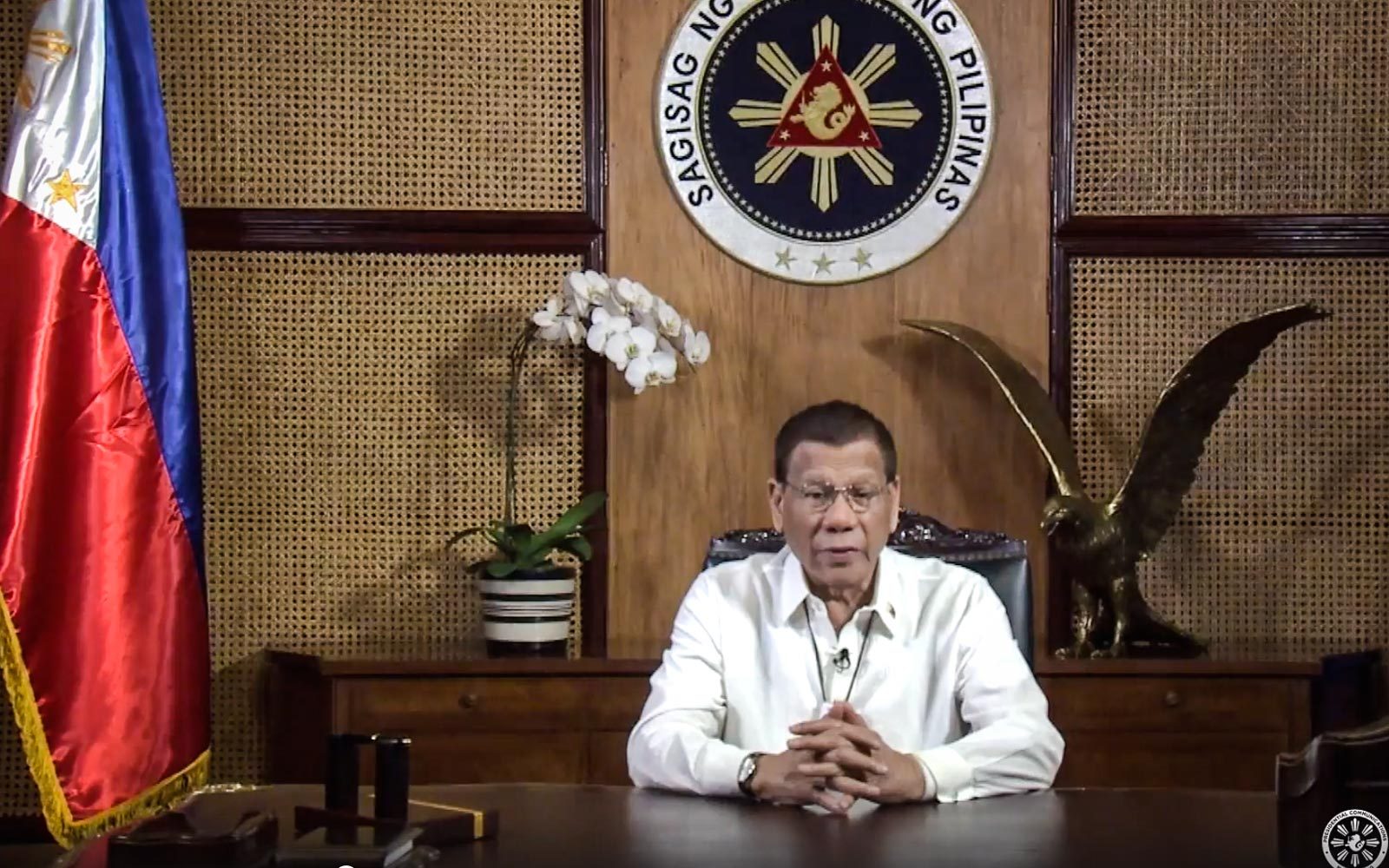 Facebook Twitter Copy URL
Copied
(UPDATED) There is no law that punishes fake news. The Bayanihan To Heal as one Act also does not define fake news. 'That would be void,' says ex-SC spokesman Ted Te

MANILA, Philippines (UPDATED) – A last-minute amendment to President Rodrigo Duterte’s special powers bill to contain the novel coronavirus was an expansion of the section on penalties, which now specifically punishes the spreading of fake and alarming information by up 2 months in prison and up to P1 million in fines.

The Bayanihan to Heal as One Act, which is now up for Duterte’s signature, was deliberated on the floor up to the wee hours of Tuesday, March 24, with some amendments that were not caught by the Senate livestream.

The final version that the Senate released noontime Tuesday, and which the House adopted, specifies acts under Section 6 that will be penalized by “imprisonment of two (2) months or a fine of not less than Ten Thousand Pesos but not more than One Million Pesos, or both such imprisonment and fine, at the discretion of the court.”

Section 6(6) punishes “individuals or groups creating, perpetuating, or spreading false information regarding the covid-19 crisis on social media and other platforms, such information having no valid or beneficial effect on the population, and are clearly geared to promote chaos, panic, anarchy, fear, or confusion.” (READ: Why Duterte doesn’t need special powers to address the coronavirus outbreak)

It also punishes “those participating in cyber incidents that make use or take advantage of the current crisis situation to prey on the public through scams, phishing, fraudulent emails, or other similar acts.”

Former Supreme Court spokesperson Ted Te said the subparagraph on the punishment of fake news “would be void.”

There is no law that punishes, or even defines, fake news.

“Since there is no law that criminizalizes or defines fake news as a crime, and the special powers law does not also define what fake news is, it cannot be criminalized. That would be void,” said Te.

Te also said it would step on the constitutional right to free speech.

“That can be questioned as being vague as well as overbroad considering that it trenches on freedom of expression and of speech,” said Te.

In the landmark case Disini vs DOJ, the Supreme Court struck down as unconstitutional the part of the Cybercrime Law that punishes “aiding and abetting” in a case of cyber libel.

In the Supreme Court landmark decision Chavez vs Gonzales, the High Court said that government regulations that restrict free speech must have a compelling state interest. One of the tests to determine this is the presence of a clear and present danger to the public.

In an earlier department order to investigate the spread of fake news, Justice Secretary Menardo Guevarra said “the clear and present danger is “causing undue panic and alarm in part, but also undermining government efforts for a unified and coordinated approach to a common threat that affects us all.”

The acts punished under Section 6 are already punished by existing laws.

For example, disobeying local executives can be punished under the Code of Conduct of Public Officials and even graft. Duterte has always threatened disobeying local officials of charging them with dereliction of duty.

The Department of Justice (DOJ) has even cited Republic Act 11332 or the broad Mandatory Reporting of Notifiable Diseases which punishes ‘non-cooperation’ in a health emergency.

The DOJ even said warrantless arrests can be implemented under this law.

“That being said, much of those enumerated in sec. 6 are already prohibited by special laws or punished as felonies,” said Te. – Rappler.com