Task force vs coronavirus ‘gearing up for massive testing’ – Galvez 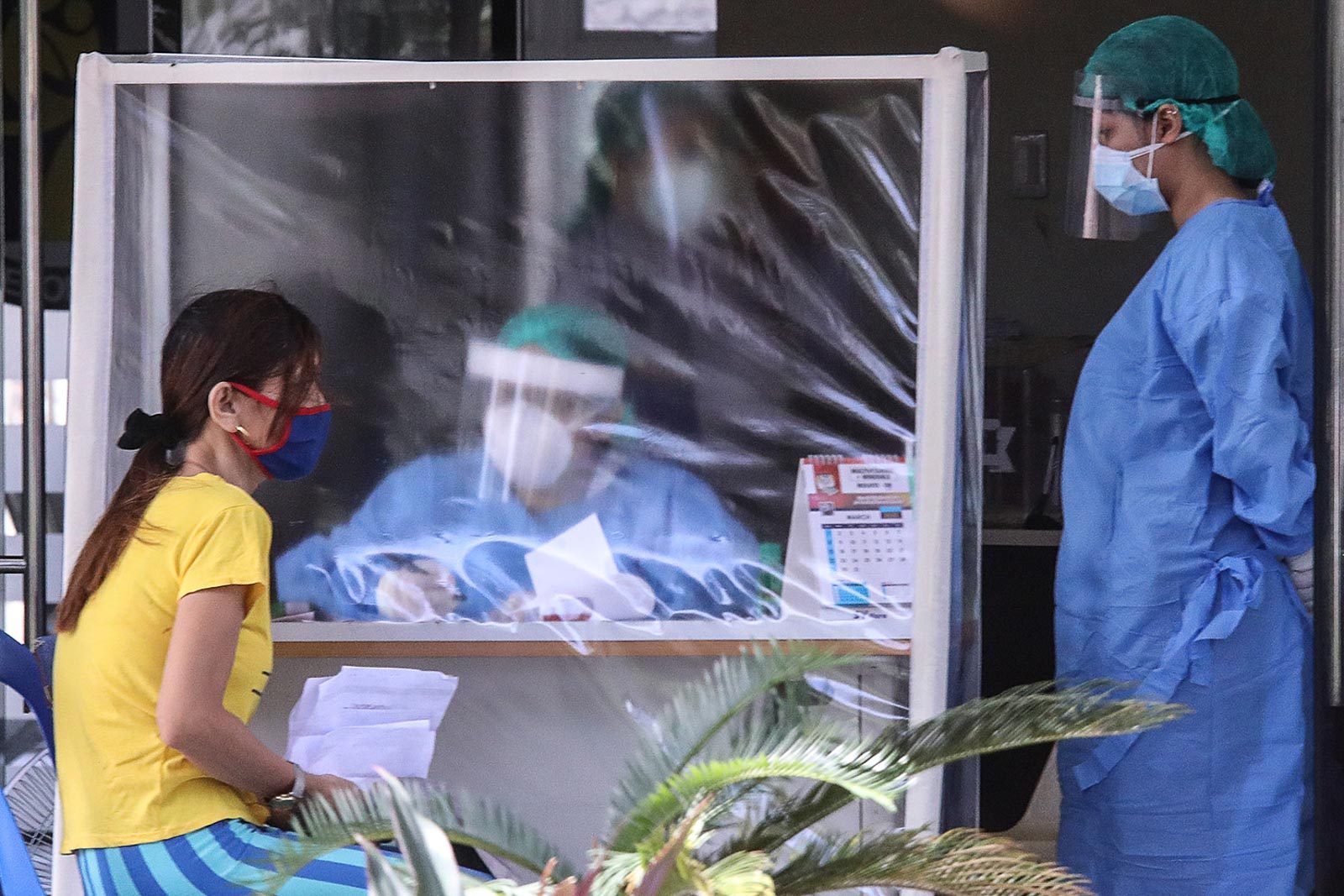 Facebook Twitter Copy URL
Copied
The government is purchasing up to one million sets of personal protective equipment to enable medical frontliners to test persons under monitoring or investigation for the virus, says chief implementer Secretary Carlito Galvez Jr

MANILA, Philippines – The government is preparing to carry out “massive testing” of persons under monitoring (PUM) and persons under investigation (PUI) for the novel coronavirus, as well as health workers on the front lines of battling the pandemic, said National Task Force (NTF) COVID-19 chief implementer, Peace Process Secretary Carlito Galvez Jr on Tuesday, March 31.

The NTF is purchasing 500,000 to one million personal protective equipment (PPE), with the first delivery expected on Tuesday, Galvez said in a media release from the Office of the Presidential Adviser on the Peace Process (OPAPP).

Test kits from other sources may also become available soon. The Food and Drug Administration has approved a test kit developed by scientists from the University of the Philippines, as well as 5 other kinds from China and Singapore. These may be rolled out after several weeks of parallel field trials.

A logistics team formed by the task force is conducting an inventory of critical medical supplies and equipment, including PPEs, ventilators, respirators, and hospital beds.

“As we race against time to flatten the curve of the disease, there is an urgent need for us to reinforce the capability of Department of Health (DOH) frontline personnel to conduct massive testing and deliver much-needed health care services to communities across the country,” he said.

The Philippines’ response to the coronavirus pandemic has been hampered by the scarcity of testing kits, with hospitals unable to keep up with the growing number of PUMs, PUIs, and other people wanting to be checked for COVID-19, the disease caused by the new virus.

Often, patients with severe symptoms get the priority, while those not showing any symptoms or who have no history of contact with confirmed cases are placed on quarantine or instructed to self-isolate.

On March 20, the DOH said it saw no need then for mass testing for the coronavirus, but it would do so if the government called for it and if resources we available.

An increase in test kits on hand in recent days have enabled more patients to be tested. From just 380 confirmed cases on Sunday, March 22, the Philippines by Tuesday, March 31, has reported 2,084 confirmed cases of the disease. Experts attribute the sudden rise in the tally to increased testing. (READ: Coronavirus testing in PH: Are we seeing the true picture yet?)

The DOH has disputed the reliability of the kits from China, with its spokesperson Undersecretary Maria Rosario Vergeire saying on Saturday, March 28, that a number of them were discarded for being only 40% accurate. Health Secretary Francisco Duque III later denied this, saying the faulty test kits were from a private group, not the Chinese government.

However, without a corresponding increase in the number of trained health workers to analyze test samples, the influx of test kits may not necessarily result in patients getting tested faster, CNN Philippines reported on March 16.

To keep up with the need, the DOH “is also hastening the accreditation of more COVID-19 capable hospitals, as well as the construction of additional extension tents which will be critical as the DOH ramps up its capacity for massive testing,” Galvez said on Tuesday.

The World Health Organization (WHO) and public health experts said the Philippines has yet to see the peak of its local epidemic. DOH epidemiologists and the WHO believe the number of cases may reach 75,000 by June if interventions fail to slow the spread of the virus.

Luzon, with roughly half of the country’s population, is in “enhanced community quarantine” until April 12, with the national capital region within it on lockdown up to April 14.

Many provinces, cities, and municipalities in the Visayas and Mindanao have also gone on lockdown in an attempt to quell the pandemic.

Of the Philippines’ 2,084 confirmed coronavirus cases as of Tuesday afternoon, 88 have died and 49 have recovered. – Rappler.com