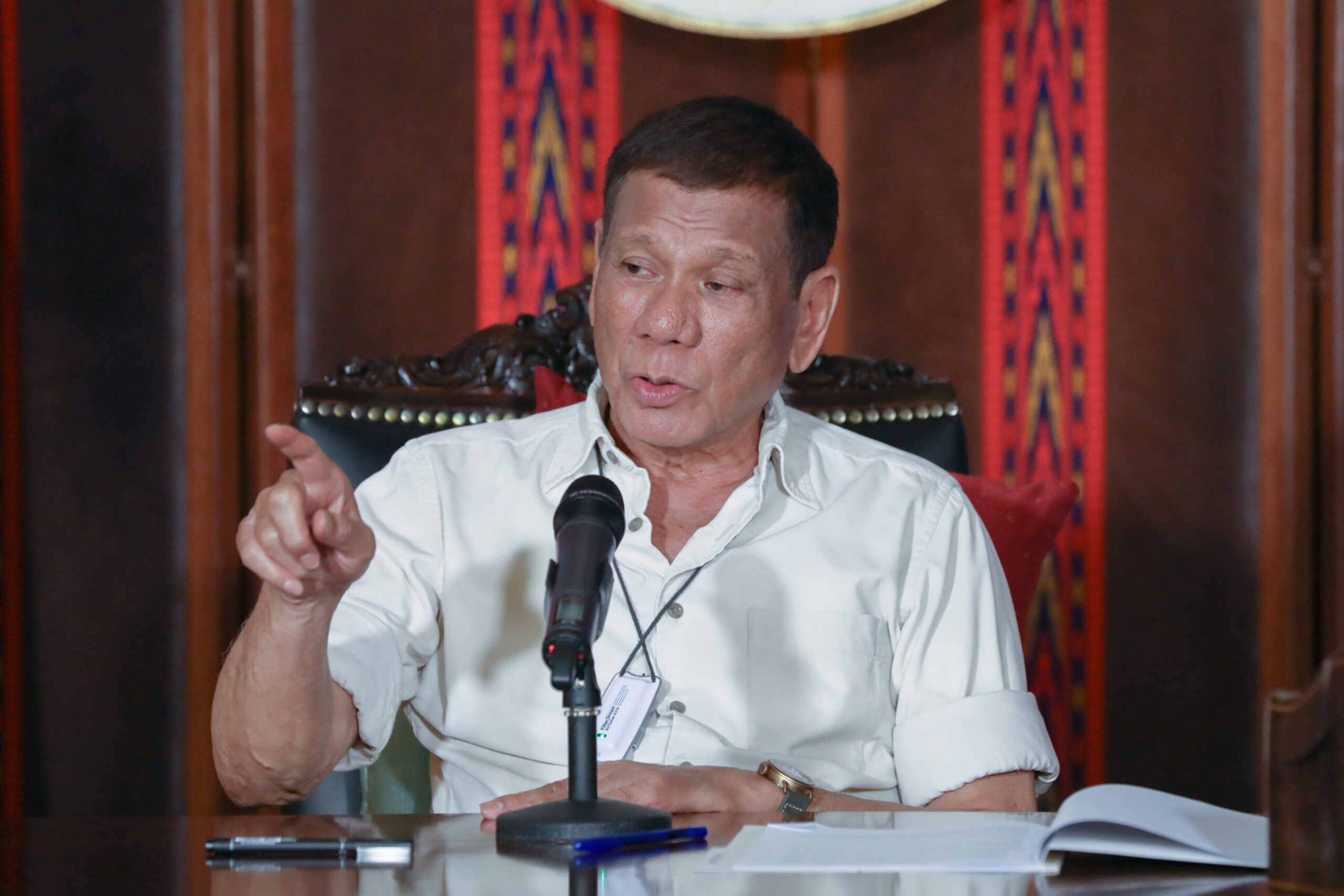 Facebook Twitter Copy URL
Copied
'Do we still have a physically and mentally healthy President? Is he still the one making decisions to manage and put an end to the current crisis?' asks a lawyer in his petition before the High Tribunal

MANILA, Philippines – As the country deals with the coronavirus pandemic, a lawyer filed on Monday, April 13, a petition before the Supreme Court seeking to compel President Rodrigo Duterte to disclose his state of health to the public.

Lawyer Dino de Leon petitioned the High Court to ask Duterte to disclose his latest psychological examination results, health bulletins, and other medical records, invoking Section 12, Article VII of the Constitution which says that: “In case of serious illness of the President, the public shall be informed of the state of his health.”

The petition cited the recent press conferences of Duterte related to the coronavirus, where he made “unintelligible rumblings,” at one time even mumbling about the Bubonic plague when asked about the availability of test kits for the virus.

“Do we still have a physically and mentally healthy President? Is he still the one making decisions to manage and put an end to the current crisis?” De Leon asked in his petition.

De Leon cited the various times that Duterte skipped public events, as well as the diseases that the President himself claimed to have – including the rare myasthenia gravis muscle disease.

In 2018, Duterte said he tested negative for cancer.

De Leon went to the Supreme Court after failing to secure copies of Duterte’s health records through a Freedom of Information (FOI) request.

De Leon said the Malacañang Records Office told him on March 13 that the records “are not among the records available on file nor in the possession of the Office.” Malacañang told De Leon it will accommodate the request once the records are available.

De Leon said his follow-ups went unanswered, the last one being on April 6.

Either he’s healthy or…

“At any rate, there is no harm if the health records of the President are disclosed. There can only be two scenarios. The first scenario is that the President is actually physically and mentally healthy, and the release of the requested medical records will assure the public of his physical and mental fitness to handle the crisis. There is an obvious benefit to this, as this will make the public feel more safe and secure,” said the petition.

“The other scenario, which is the worst case, is that the President is actually suffering from serious illnesses, which means that the public should be informed of the situation, as commanded by the Constitution,” the petition added.

Supreme Court Spokesperson Brian Keith Hosaka said the en banc session for Tuesday, April 14, has been canceled. “I was not told the reason why there is no en banc and when will be the next en banc meeting,” said Hosaka.

There is debate on what constitutes serious illness in the constitutional reference to the President’s health.

In 2018, when Duterte said he tested negative for cancer, Executive Secretary Salvador Medialdea said he “doesn’t think” that it merited the issuance of medical bulletins.

“Serious illness is a relative term,”Justice Secretary Menardo Guevarra told Rappler before, adding that it would be Duterte who would have to make the call.

The petitioner cited transcripts of the Constitutional Commission where Commissioner Blas Ople said serious illness is “one where he is not really incapacitated but seriously inconvenienced in the conduct of his urgent duties as President.”

Duterte’s late night press conferences have earned the ire of viewers because the President often rambled and spoke incoherently.

Describing these press conferences as “gibberish,” “drunken monologue” and “hardly lucid,” the petition pressed the Supreme Court to grant the petition because “the issue can no longer be simply swept under the rug.”

“It must be confronted by our institutions. The only way to put the issue to rest is through compliance with the command of the Constitution: the release of updated medical records of the President and the confirmation of the various diagnoses contained therein,” said the petition.

The petition argued that the issue was urgent because “the public is worried about the current state of the country as the nation faces what could possibly be the greatest threat to this generation.” – Rappler.com