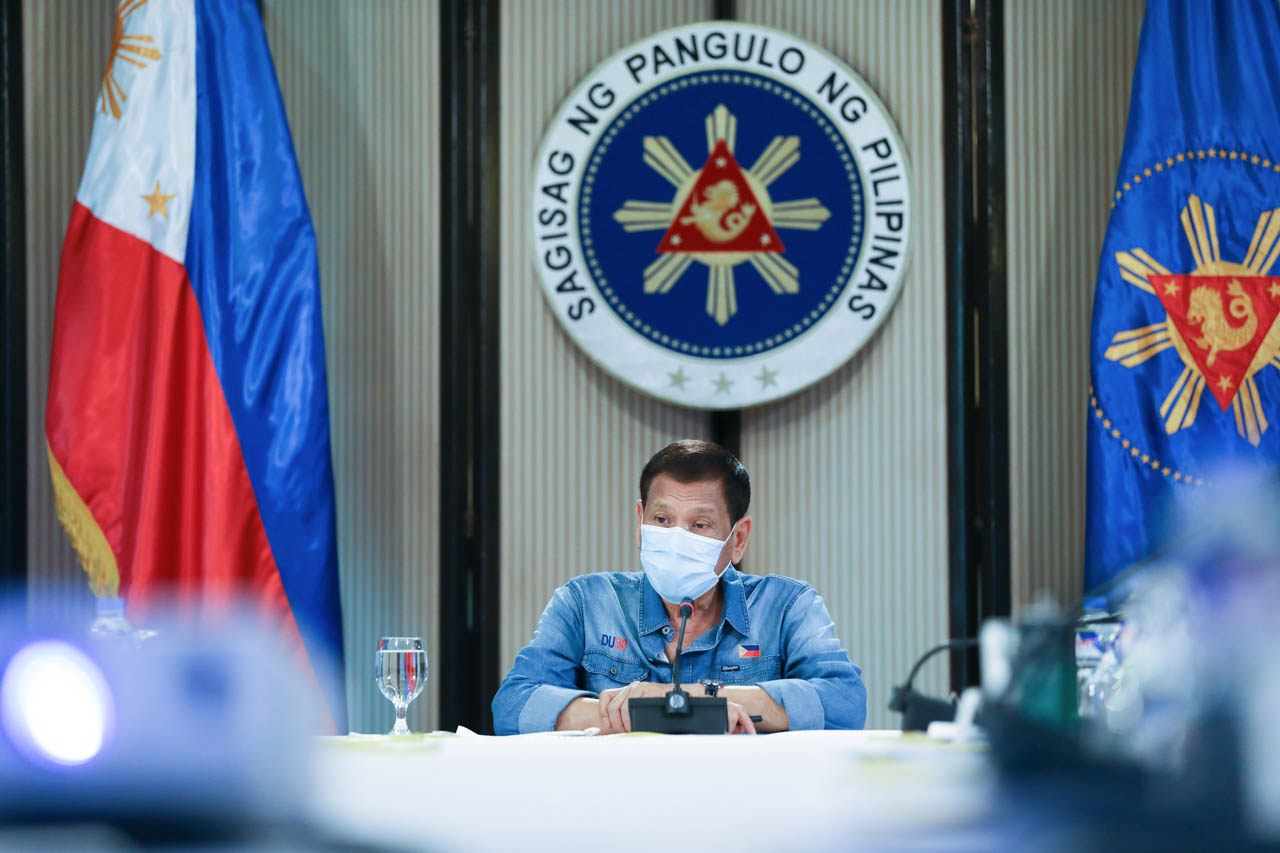 MANILA, Philippines – President Rodrigo Duterte once again heaped praises on Chinese President Xi Jinping as he addressed the nation on the Philippine government’s latest measures to contain the spread of the novel coronavirus.

Nearing the end of a televised briefing that ran past midnight Tuesday, April 14, Duterte said Xi sent him a note expressing support for the Philippines and to “counter” the narrative China was “suffering” from the virus early on.

“I don’t know if I have to say this but I have a sort of a note from President Xi Jinping expressing his full support for us at this time and citing what we did to help China and of course to erase the – not really erase but to counter the malign that they were suffering at early at this stage,” Duterte said.

Duterte then dismissed theories the coronavirus was “invented” in China.

Conspiracy theories have been swirling that the virus was created in a lab in Wuhan – a notion scientists worldwide rejected. What is known of the virus’ origins is that it originated in wildlife and was first found in Wuhan, China.

(It’s not their fault it came from – who would really want to invent a microbe to kill humankind, including your own [people].)

“So he says that they are ready and I would like to thank President Xi Jinping for his support,” he added.

China earlier donated 100,000 testing kits, 10,000 N95 masks, 10,000 personal protective equipment sets, and 100,000 surgical masks to the Philippines, while other donations were made between sister cities. A team of 12 Chinese experts are also currently in the Philippines to share advice on controlling the outbreak.

The decrease in the number of new coronavirus cases in China has given the country room to focus more resources on providing aid to other countries affected by the virulent disease. Some observers, though, have noted that China’s efforts were a way to deflect criticism of its handling of coronavirus cases in the crucial early days of the outbreak.

As countries around the world are occupied with fighting the pandemic, China has likewise continued to focus on other priorities such as protecting its interests in the South China Sea.

Recently, the Philippines hit a China Coast Guard ship’s “provocative” actions of harassing and then sinking a Vietnamese boat in the maritime area.

The Department of Foreign Affairs earlier expressed “deep concern” over the incident, citing the country’s own experience when the vessel of 22 Filipino fishermen was rammed, sunk, and abandoned by a Chinese ship in June 2019 in Recto Bank, over which the Philippines has sovereign rights.

Duterte, however, has downplayed the Philippines’ decades-long maritime dispute in exchange for loans and grants from Beijing. – Rappler.com