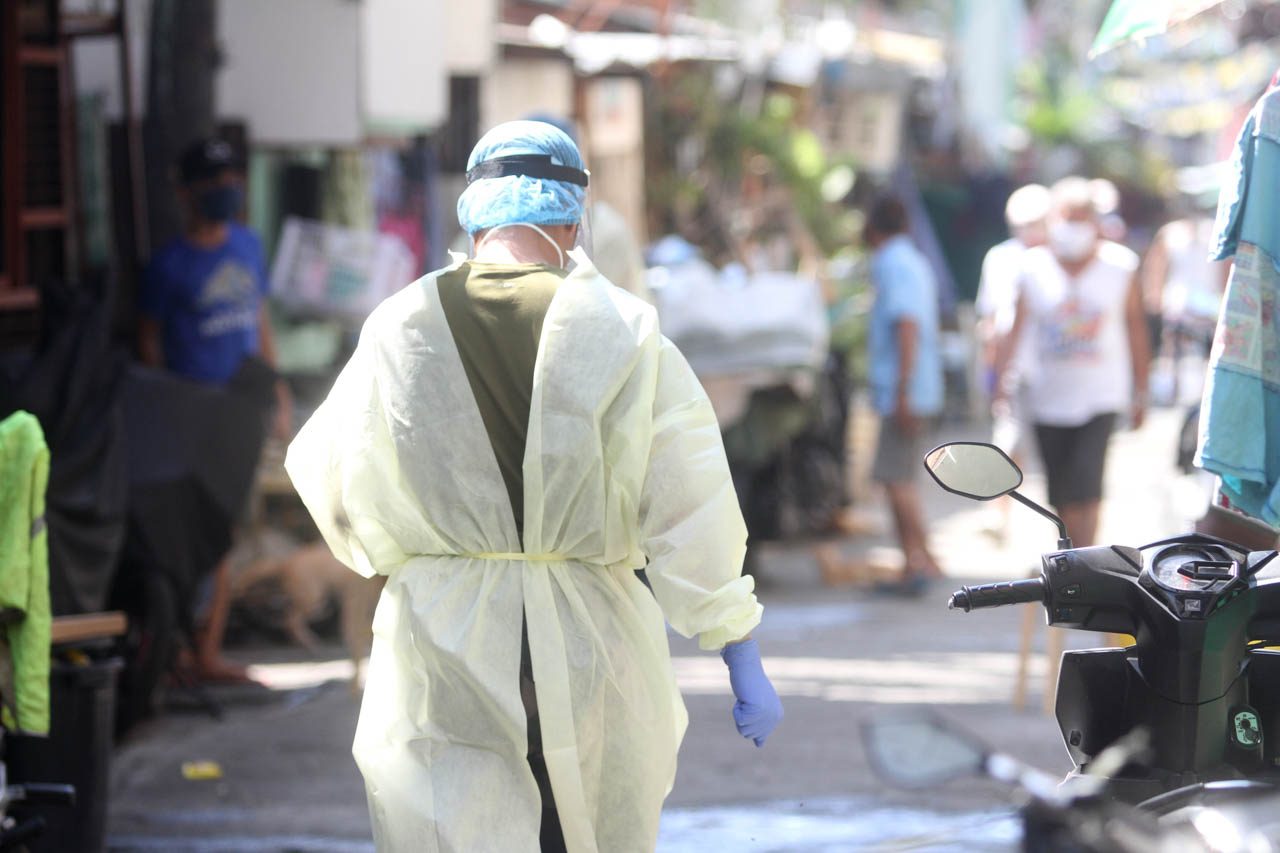 Facebook Twitter Copy URL
Copied
There are 54 confirmed cases in Sitio Zapatera, which has a population of 9,000 people. The figure accounts for over half of the 95 COVID-19 cases in the Central Visayas region

CEBU CITY, Philippines – A densely populated sitio in Cebu City is “presumed contaminated” with the novel coronavirus by the Department of Health (DOH) Central Visayas after 24 more residents tested positive for the pathogen.

“We will monitor those who are symptomatic,” DOH-7 Director Dr Jaime Bernadas told reporters during an online press conference on Thursday, April 16.

“We’ll presume that the area is contaminated and will monitor the symptomatics there. We’ll bring them to our hospitals,” he said in Cebuano.

This is likely the first time that health authorities described an entire community as “presumed contaminated” since the Philippines’ first confirmed COVID-19 case in late January.

Sitio Zapatera has a population of some 9,000 people, many of whom live in boarding houses and work in the nearby Cebu Business Park and the IT Park, in Barangay Lahug.

The sitio has been on lockdown since April 7, when the first cases in the barangay were confirmed. Mass testing of the residents began on April 14. (READ: At least 9,000 residents in Cebu City barangay until total lockdown)

Among the 54 COVID-19 patients in the sitio are two 9-month-old infants.

Those who were tested, Bernadas said, were asymptomatic. They were, however, prioritized because of contact tracing.

With all of the sitio’s residents considered “contaminated” with the virus, the DOH will discontinue the mass testing.

City Health Department head Dr. Daisy Villa, who led the sitio’s mass testing, said that they would stop the swab testing and just monitor the area for anyone who develops symptoms.

“The virus is evident in that area, in the borders and mid area [of the sitio],” Villa said in a text message to Rappler.

A total of 200 swab tests were done on Thursday. The results are expected to be released on Friday afternoon.

Three more cases were also confirmed in Lapu-Lapu City, bringing its number of COVID-19 patients to 7.

As of Thursday, 5 pm, there are 95 confirmed cases in Central Visayas:

Bernadas said that the public should expect the number of COVID-19 cases to rise in the following days because of the cities’ increased testing capacity.