‘This is our sacrifice’: Muslims start Ramadan under lockdown 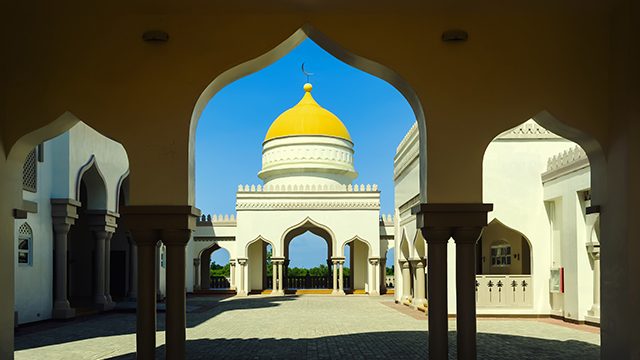 “Unang una, wala ka masyadong saktong tulog, kasi gigisingin ka talaga nang alas tres ng umaga (First of all, you don’t get enough sleep, because they will really wake you up at 3 in the morning),” Adiong said on Rappler Talk.

That 3 am meal, he said, is always their first and last meal before the sun rises. From sunrise to sunset, Muslims are required to fast from food and drink, including water, during the month of Ramadan. (READ: No food, no water, no sex: What we need to know about Ramadan)

By sunset, the day usually ends with Muslims breaking the fast through a communal meal called iftar. In mosques, Muslims also perform the special prayer called tarawih. It is here, according to Adiong, where one can see the bond of a Muslim community – bound by the common experience of hunger, on one hand, and self-control, on the other, all in a day of fasting.

The observance of Ramadan is unprecedented this year, however, because of the new coronavirus, which has infected more than two million people and killed nearly 200,000 around the world.

Ramadan this year begins on Friday, April 24. But to prevent the spread of COVID-19, tarawih prayers have been suspended and iftars can no longer be huge family or community gatherings in the Philippines. (READ: Ramadan under a quarantine: Finding meaning even with distancing)

It’s the same situation for Muslims in other countries such as Singapore or even Saudi Arabia. And it’s the same thing Christians experienced two weeks ago, when they observed Holy Week with churches closed and public liturgies suspended.

“It really changes the dynamics, the connection that we had during Ramadan with our family, with our neighbors, with our community. One of the biggest essences of Ramadan, which is sharing and visiting your neighbors and your family members, and reconnecting with your community – that’s the first casualty of this quarantine, that’s the first to be gone because of COVID-19,” Adiong said.

Dr Dimapuno Datu-Ramos Jr, spokesperson of the National Commission on Muslim Filipinos (NCMF), said Ramadan under lockdown this year is a first in history. “Nalulungkot po ang ating mga kapatid na Muslim sapagkat hindi na po sila makakapunta sa mosque (Our Muslim brothers and sisters are sad because they can no longer go to the mosques),” Datu-Ramos said in an interview with Rappler on Thursday, April 23.

Datu-Ramos said, however, that Muslims can view this most unusual Ramadan as part of their sacrifice.

“The very essence of Ramadan is for us to sacrifice, so this is part of our sacrifice, our not being able to gather during iftar and tarawih when we’re supposed to bond and pray together. We need to sacrifice,” Datu-Ramos said in a mix of English and Filipino.

For Adiong, the patience and self-control that Muslims learn during Ramadan can come in handy as leaders urge their people to stay home and avoid physical contact.

“It’s really self-regulation. That’s what we need right now – to regulate ourselves, build on the patience. This too shall pass,” Adiong said.

Adiong then brought in another aspect of Ramadan: developing sensitivity to the needs of others, especially the poor and needy. “Nararamdaman natin kung ano ang sufferings ng less fortunate kasi, imagine, hindi ka makakain sa buong araw (We can feel the sufferings of the less fortunate because, imagine, you cannot eat the whole day),” he said.

The experience of Ramadan, according to Adiong, “adds to the consciousness of people” about those who experience hunger not only during Ramadan, but as “an everyday reality.”

Adiong then pointed out that Ramadan is not only about praying and fasting, but also almsgiving. In the context of COVID-19, he said it can mean giving help in any form, such as personal protective equipment or PPE for frontliners, or face masks for those who need it.

“In Ramadan, it’s not really you alone that matters,” Adiong said. “You are just a single part of a much larger family.” – Rappler.com