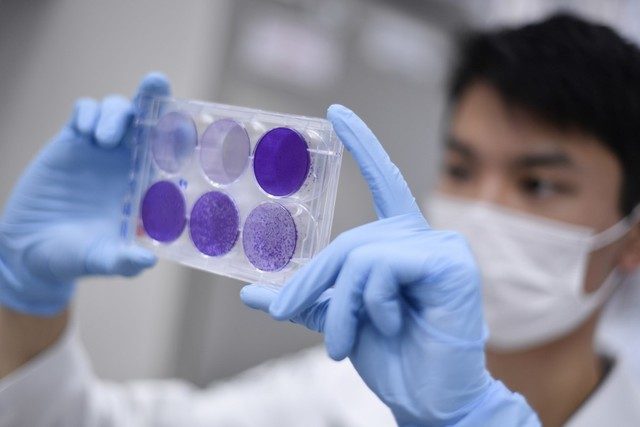 MANILA, Philippines – With a coronavirus vaccine at least 12 to 18 months in the pipeline, the World Health Organization (WHO) advised the Philippines to get a jump start in reviewing regulations involved in approving and using vaccines.

WHO acting country representative Dr Socorro Escalante gave the proposal in a Department of Health (DOH) press briefing on Monday, April 27, as she reiterated it could take at least one to one and a half years before a vaccine is developed and ready for use.

Escalante provided a two-track preparatory approach that involved reviewing regulatory processes as well as developing manufacturing systems to aid in the local production of the medicine when ready.

“Vaccine development would really take time so for the meantime, we would encourage the country to prepare its regulatory processes in terms of assessment and evaluation of the vaccines and speeding up the registration of vaccines made in other countries and also to deploy the vaccines,” Escalante said in a mix of English and Filipino.

The Philippines, she added, can also start planning its vaccine strategy, which would include which groups to prioritize when giving the first initial supplies of the vaccine.

This is important considering the Philippines’ immunization rates were still recovering from low coverage levels due to the Dengavaxia scare and back-to-back measles and polio outbreaks.

Searching for a cure: To date, Escalante said there were 6 candidate vaccines being studied to treat the coronavirus but that even then, the earliest the public can see this hit markets was by mid-2021. (READ: The latest in the global race for a coronavirus vaccine)

(The earliest a vaccine will be put out and registered in different countries is one to one and a half years. This is the shortest period it will take for a vaccine to be studied and assured safe and effective for human use.)

The WHO had earlier launched a collaboration with world leaders and the private sector to “accelerate the development, production, and equitable distribution of vaccines, diagnostics, and therapeutics” for COVID-19.

Why does it take so long? Part of the reason a vaccine won’t be ready quickly is because of the highly technical and tedious process it takes to develop one for human use.

Among the steps scientists needed to take in developing a vaccine included research and development, which can last 6 months at the very least. This would be followed by laboratory and animal studies and then clinical trials, which consists of 3 phases to test the safety and efficacy of the vaccine.

Any vaccine would then have to be registered in each country’s national regulatory body. Once this is done, vaccines would sill be considered to be in the 4th phase of clinical trails where its safety would be closely monitored when used in a wider population.

Considering this timeline, DOH Undersecretary Maria Rosario Vergeire urged the public to follow health measures put in place to prevent the spread of the coronavirus in the Philippines. She likewise reminded Filipinos to practice frequent hand washing and cough etiquette to limit the spread of the disease.

The Philippines has so far recorded 7,777 confirmed coronavirus cases, including 511 deaths and 932 recoveries. – with reports from Agence France-Presse/Rappler.com