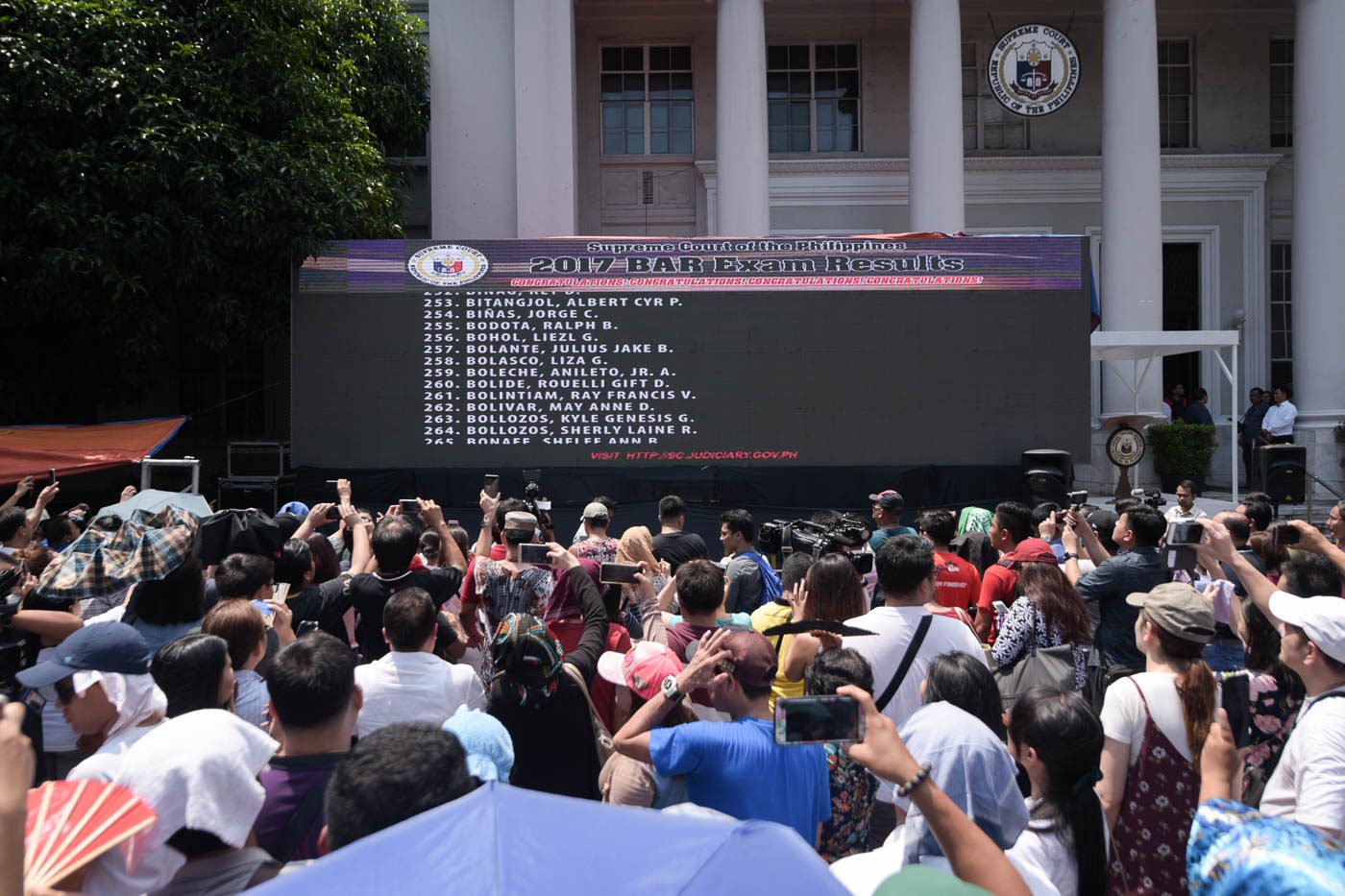 MANILA, Philippines – The Supreme Court (SC) decided that for the 2019 Bar Examinations, the passing grade would be lowered from 75% to 74%, adding more than 300 law graduates to the passing list, in a bid to have more techy lawyers to cope with the new normal.

“The Court en banc decided to lower the passing rate from 75% to 74% in light of, among other considerations, the discerned need for more younger and technologically adept lawyers to help different fronts of society as we meet the peculiar challenges brought about by the Covid-19 pandemic and transition to the new normal,” said Senior Associate Justice Estela Perlas Bernabe, the 2019 Bar Chairman.

Sources confirmed that if the passing grade remained at 75%, only around 23% would have passed, or around 1,760, meaning that more than 300 law graduates would not have made the cut.

Justice Secretary Menardo Guevarra said that indeed, “the legal framework has morphed” in such a way that techy lawyers are in demand.

“Laws governing electronic transactions and penalizing offenses committed thru cyberspace have been enacted, and the way our legal institutions operate has been modified to cope up with and make use of computer-driven technologies,” Guevarra said.

The pandemic has tested the judiciary’s capability to adapt to technology. As lockdowns were imposed, prosecutors offices and courts were forced to go online.

The first few weeks of lockdown were an extreme stress test to that system that exposed gaping holes, and which resulted in lawyers still having to step out of their homes despite the threat of the virus.

“All new lawyers should be equipped to tread on this new landscape, where the environment for many human activities has become a virtual reality,” said Guevarra. – Rappler.com