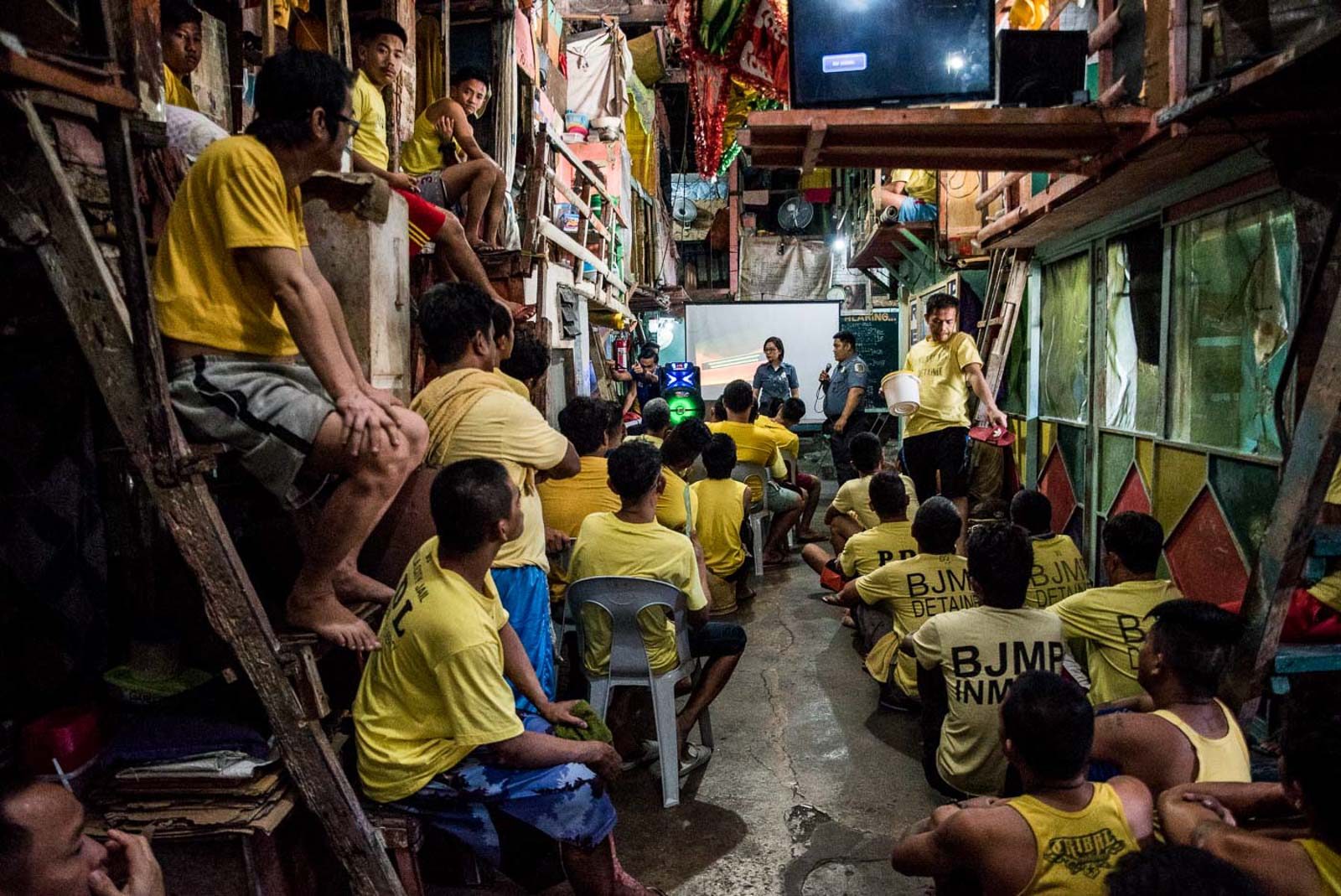 Facebook Twitter Copy URL
Copied
Chief Justice Diosdado Peralta signs and releases Administrative Circular No. 38 as one of the Supreme Court's responses to the coronavirus pandemic

MANILA, Philippines – In response to the coronavirus threat in congested Philippine jails, the Supreme Court announced on Thursday, April 30, that it will allow reduced bail and recognizance for poor prisoners.

Prisoners who are considered indigent and whose cases are bailable will be able to file for temporary release by paying reduced amounts. For minor offenders, they will be released  on recognizance, meaning they don’t have to pay to seek temporary liberty.

Chief Justice Diosdado Peralta signed and released Administrative Circular No. 38 on Thursday as one of the Court’s responses to the coronavirus pandemic.

“Upon consultation with the members of the Court, considering the urgent need to further decongest our detention facilities, especially during this time of public health emergency, to promote social and restorative justice, bail and regonizance for indigent Persons Deprived of Liberty (PDLs) shall be granted pending the continuation of the criminal proceedings and resolution of cases against them,” Peralta said.

Peralta also said the High Court’s guidelines are without prejudice to the courts’ discretion of denying the application for bail or recognizance if there are reasonable grounds.

The guidelines are as follows:

READ: Administrative Circular No 38-2020 addressed to all justices, judges, prosecutors, public attorneys and members of the bar on reduced bail and recognizance as modes for releasing indigent PDLs during this period of public health emergency, pending resolution of their cases pic.twitter.com/LSB7bCj4Dw

The High Court has not yet ruled on the petition filed by human rights lawyers to release  sick, elderly, and low-risk prisoners on humanitarian grounds. The petition was filed on behalf of political prisoners whose cases are non-bailable.

Earlier, the Supreme Court ordered the urgent release of prisoners who qualify under a 2014 guideline, or prisoners who have been in jail longer than the minimum penalty, and prisoners whose cases are not moving because of there were no available witnesses.

As for convicts, Justice Secretary Menardo Guevarra has relaxed the process of applying for parole and clemency.

On April 24, the New Bilibid Prison recorded  22 inmates with coronavirus, while the  Quezon City Jail reported that 18 inmates and personnel were infected with the virus as of April 17.  – Rappler.com