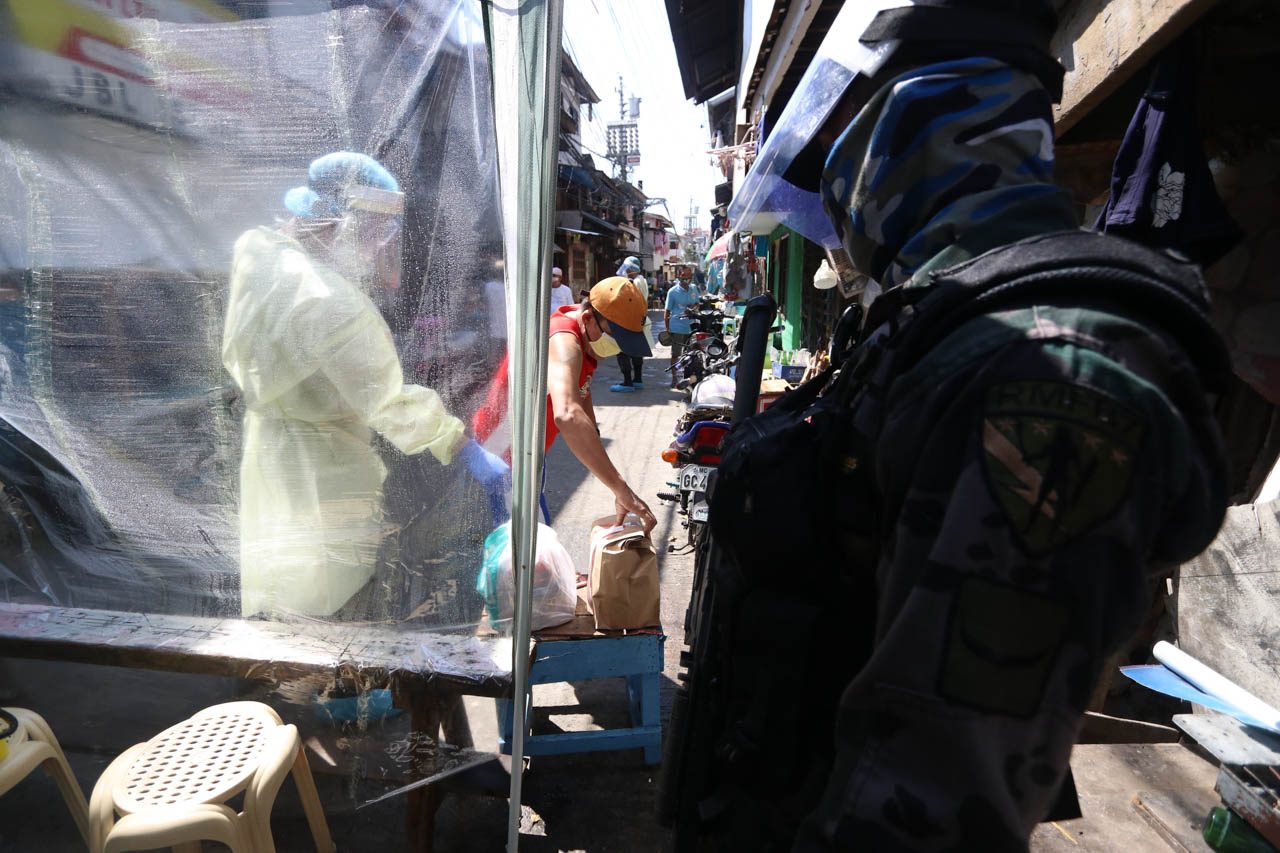 Facebook Twitter Copy URL
Copied
Cebu City is planning to test at least 23,000 families through rapid testing before the expiration of the enhanced community quarantine on May 15

An estimated 23,000 families will be tested through rapid test kits between May 1 and 10, according to the Cebu City government. Between May 10 and 15, those who tested positive on the rapid tests will be subject to confirmatory PCR swab tests. (READ: FDA approves 5 coronavirus rapid test kits) This is because the rapid tests only detect antibodies and not the virus itself.

Barangays Luz and labangon are not included in the schedule because most residents have undergone testing already.

Since April 14, Cebu City has been able to ramp up its targeted mass testing. This has resulted in a sharp increase in confirmed coronavirus cases.

As of Wednesday, April 29, there are at least 732 confirmed coronavirus cases in Cebu City, the highest out of anywhere in the Visayas.

Labella attributes the rise in cases largely to the targeted mass testing.

He estimated that an average of 80% of those who have tested positive so far did not have symptoms.

Neighboring Mandaue City and Lapu-Lapu City have also procured rapid test kits to be able to implement massive testing in their own cities. – Rappler.com