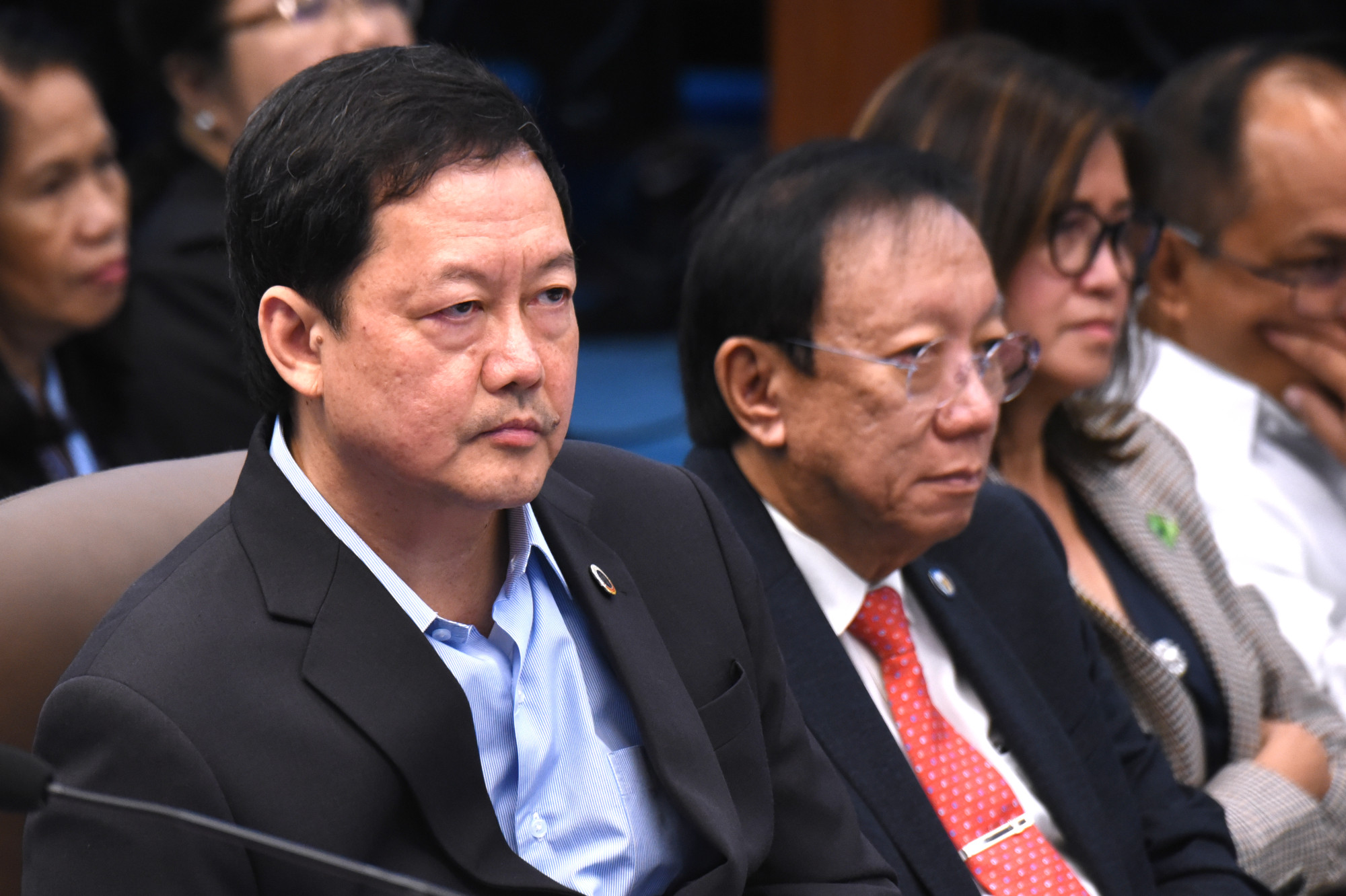 MANILA, Philippines –  Two of President Rodrigo Duterte’s crucial Cabinet men are clashing on whether network giant ABS-CBN can keep operating despite its franchise expiring on Monday, May 4.

Justice Secretary Menardo Guevarra on Monday reiterated that ABS-CBN can continue operating while its franchise renewal is ongoing in Congress, contrary to the position of Solicitor General Jose Calida, who wants to shut the network down using a quo warranto petition.

“The Department of Justice (DOJ) stands by its position that there is sufficient equitable basis to allow broadcast entities to continue operating while the bills for the renewal of their franchise remain pending with Congress,” Guevarra told reporters.

Calida, on Sunday, May 3, warned the National Telecommunications Commission (NTC) against granting ABS-CBN a provisional permit. (READ: EXPLAINER: What are legal grounds for ABS-CBN to air after May 4?)

It was Guevarra who “signaled” during Senate hearings that Congress can pass a resolution to allow the NTC to give ABS-CBN a provisional permit. This would be a workaround to the constitutional requirement that only Congress can grant a franchise.

But in his message on Monday, Guevarra said ABS-CBN can actually continue to operate without a provisional permit from the NTC.

Guevarra said this is just based on an equitable solution because there is no law that discusses the situation of ABS-CBN, or a broadcaster with a previous franchise but whose renewal is still ongoing.

“In several similar situations in the past, Congress allowed the status quo, without urging the NTC to issue a temporary or provisional permit, in consideration of the equities of the situation,” he said.

Guevarra, however, has not put this in a formal DOJ legal opinion.

Legal experts and former justices have said that it would be illegal for the NTC to grant a provisional permit, as the Supreme Court (SC) decided in the Associated Communications & Wireless Services vs NTC case in 2003 that the NTC does not have the power to issue provisional permits.

That is also what Calida reiterated, saying that “contrary to the DOJ opinion, equity considerations do not justify granting provisional authority (PAs) to ABS-CBN and its affiliates considering the clear mandate of the Constitution, laws, and decisions of the Supreme Court on the matter.”

Although he said that an NTC provisional permit is not needed, Guevarra disagreed that the SC case applies.

“The case of Associated Communications does not apply because in that case, the company did not even have an original franchise to begin with. In the present case, the subject company had already been granted a franchise and a license to operate, albeit subject to further deliberations for its renewal,” said Guevarra.

On Monday, House committee on legislative franchises chairman Franz Alvarez said that with Guevarra’s position, “and the authority given by the House of Representatives, there is no reason for ABS-CBN to discontinue or stop their operations.”

House Speaker Alan Peter Cayetano also said they have “no intention” of shutting down ABS-CBN while the franchise hearings are ongoing. – Rappler.com