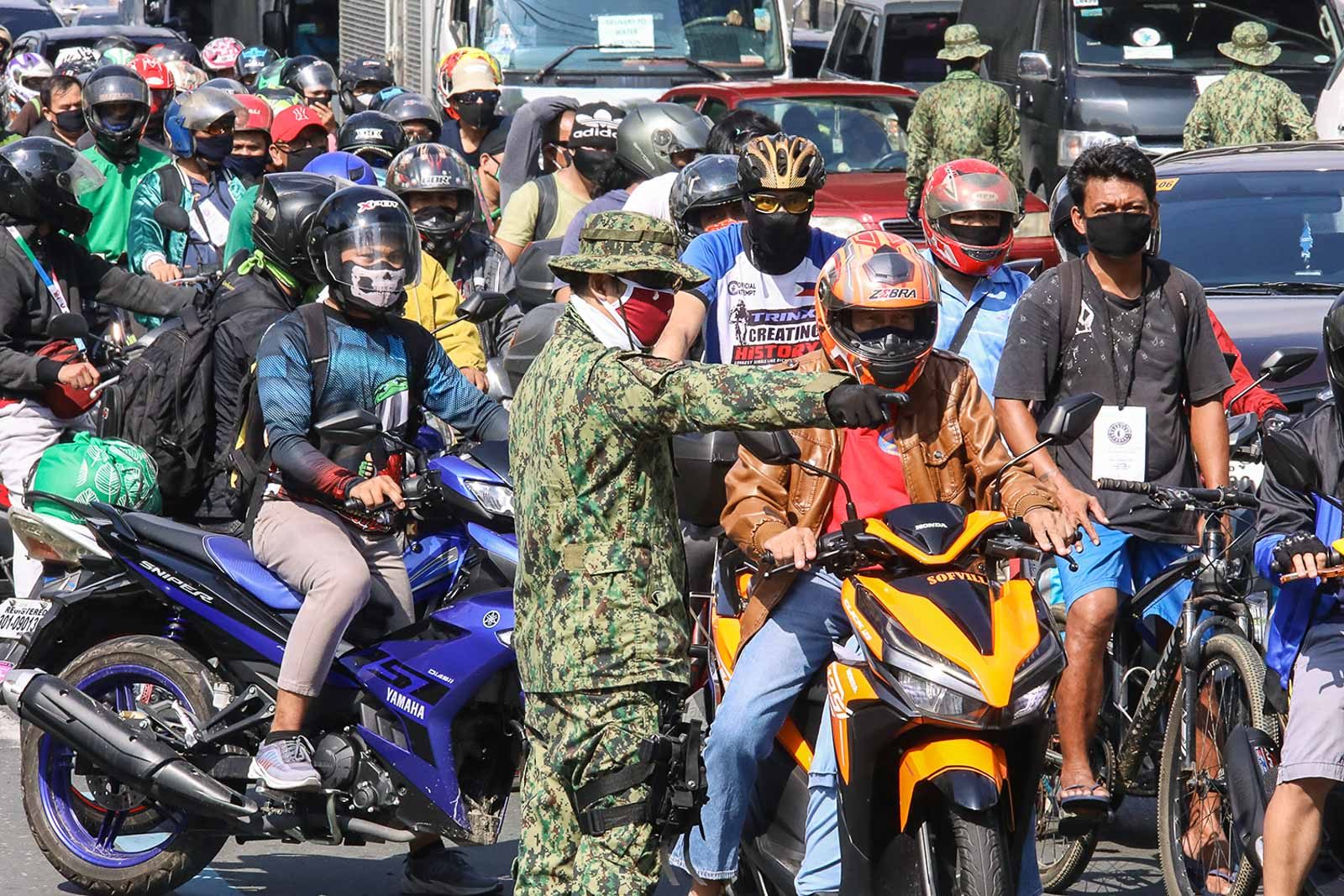 MANILA, Philippines – President Rodrigo Duterte’s Cabinet men once again clashed over whether or not the coronavirus pandemic can be used as grounds to declare martial law in the Philippines.

Justice Secretary Menardo Guevarra disagreed with the position of Chief Presidential Counsel Salvador Panelo that the coronavirus outbreak can be considered an “invasion” that threatens the entire country and therefore a ground for a martial law declaration.

“In the context of martial law, ‘invasion’ refers to invasion of a country by foreign armed forces. This is analogous to the other ground for declaring martial law, i.e., rebellion, which is an armed uprising against the government by its own citizens,” Guevarra told reporters on Monday, May 4.

“Both terms refer to armed actions by human beings, not by non-living things like viruses,” he added.

What Panelo said: Panelo had touched on martial law in a briefing on Monday, saying that invasion should not be limited to armed forces trying to occupy a country.

“It can mean the entry of a disease and transfer from one area to another. What do we have now? There is an actual invasion of the coronavirus disease which is a pandemic. It threatens, in fact, the entire country and all our countrymen,” Panelo said in a mix of Filipino and English.

Duterte has repeatedly threatened to declare martial law over several addresses on the pandemic, citing his frustration with the Left and Filipinos who did not follow quarantine rules. (READ: Duterte’s martial law threat – and what he did not tell us)

Panelo went further to add that in his legal opinion, all situations that can be likened to rebellion – or an invasion and poses an “imminent danger” to the country – can be grounds to use extraordinary powers under the Constitution.

“No comment, but that’s not (the) Palace position,” he said. – Rappler.com