Lawmaker seeks probe vs Calida, NTC for ‘conspiracy’ to shut down ABS-CBN

May 8, 2020 1:45 PM PHT
Mara Cepeda
Facebook Twitter Copy URL
Copied
House committee on public accounts chair Mike Defensor echoes the Speaker's stand that the lower chamber is not to blame for the closure of the media network 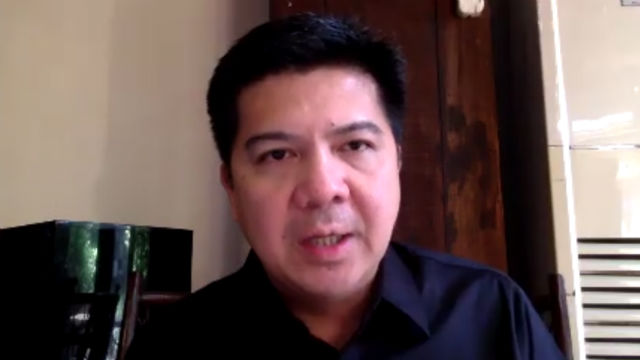 MANILA, Philippines – Insisting the House is not to be blamed for the closure of ABS-CBN, a ranking congressman is now seeking a probe into Solicitor General Jose Calida and the National Telecommunications Commission (NTC) for alleged “conspiracy” to shut down the media network.

On Friday, May 8, House committee on public accounts chair Mike Defensor filed House Resolution (HR) Number 846 calling for a congressional investigation and the filing of criminal cases against Calida, the NTC commissioners, and other officials for allegedly committing the following:

Defensor argued NTC is at fault for backtracking on its promise to lawmakers on March 10 that it would “most likely” issue ABS-CBN a temporary permit to operate beyond Monday, May 4 – the day its franchise expired – while Congress is still deliberating on the franchise renewal bills. (READ: NTC orders ABS-CBN to stop operations)

The Anakalusugan representative also slammed Calida for “pressuring” NTC to issue its cease and desist order for ABS-CBN to shut down its television and radio operations, affecting some 11,000 workers when the network went off-air on Tuesday, May 5.

“Such contemptuous and criminal acts utterly disrespect not only the committee on legislative franchises but the entire House of Representatives including the Senate, and such brazen and calculated conduct, reeking of an outright conspiracy, has led to the ambush of the House even taking the Senate by surprise,” Defensor said in HR 846.

Defensor said the House leadership would decide on their next course of action on the ABS-CBN franchise issue by Monday, May 11.

His arguments mirror the same statement made by Speaker Alan Peter Cayetano, who finally broke his silence on the ABS-CBN closure by washing his hands of the shutdown and saying “there will be a reckoning” for Calida and the NTC.

Lawyers, analysts and even their fellow lawmakers disagree with Cayetano and Defensor, noting that the House sat on ABS-CBN’s franchise for far too long.

Albay First District Representative Edcel Lagman earlier said the NTC should not be made a scapegoat for Cayetano’s “patent” failure in exercising leadership over the issue. (READ: Duterte and Congress closed down ABS-CBN)

But like Cayetano, Defensor blamed NTC and Calida. “Hindi lamang sampal sa Kongreso ito kundi panloloko, panlilinlang sa Kongreso (It’s not just a slap on the face of Congress but an act of fraud, lying to Congress),” Defensor said in a separate press conference on Friday.

The first bill was filed in September 2014 under the 16th Congress during the administration of then-president Benigno Aquino III. But it remained pending before the House committee of legislative franchises.

Versions of the measure were then refiled in both the 17th Congress and the current 18th Congress under the Duterte presidency, but the franchise was still not renewed.

Instead, Cayetano had insisted that a temporary permit from NTC would be sufficient to stop the network’s closure. It would also buy lawmakers more time to deliberate on ABS-CBN’s franchise renewal bills.

This was the same argument Defensor made on Friday.

(At the time when we were in talks with the NTC, then they should have told us from the get-go that the issuance was not allowed and they should have given us possible solutions. But the fact that NTC said clearly that it is possible to issue the provisional authority and it has been done in the past, then that became the basis of the Senate and the House.)

It was only on March 10 when the House legislative franchises panel held its first hearing on the ABS-CBN franchise bills. The goal was to get a categorical statement from NTC Commissioner Gamaliel Cordoba that they would be allowing ABS-CBN to keep operating.

No ABS-CBN executives were invited to the hearing yet.

As law experts had long warned, this assurance was not enough, as the delay in the House hearings gave Calida an opportunity to exert pressure on the NTC to issue the closure order.

Calida himself said the public should blame Congress for the ABS-CBN shutdown, even if the Solicitor General himself warned NTC against the issuance of the provisional authority to network.

Senators, on the other hand, issued a resolution urging NTC to reconsider its shutdown order against ABS-CBN. The upper chamber also held a hearing in February to give a chance to ABS-CBN officials to debunk all accusations made against the network, including alleged unfair election coverage and other supposed violations.