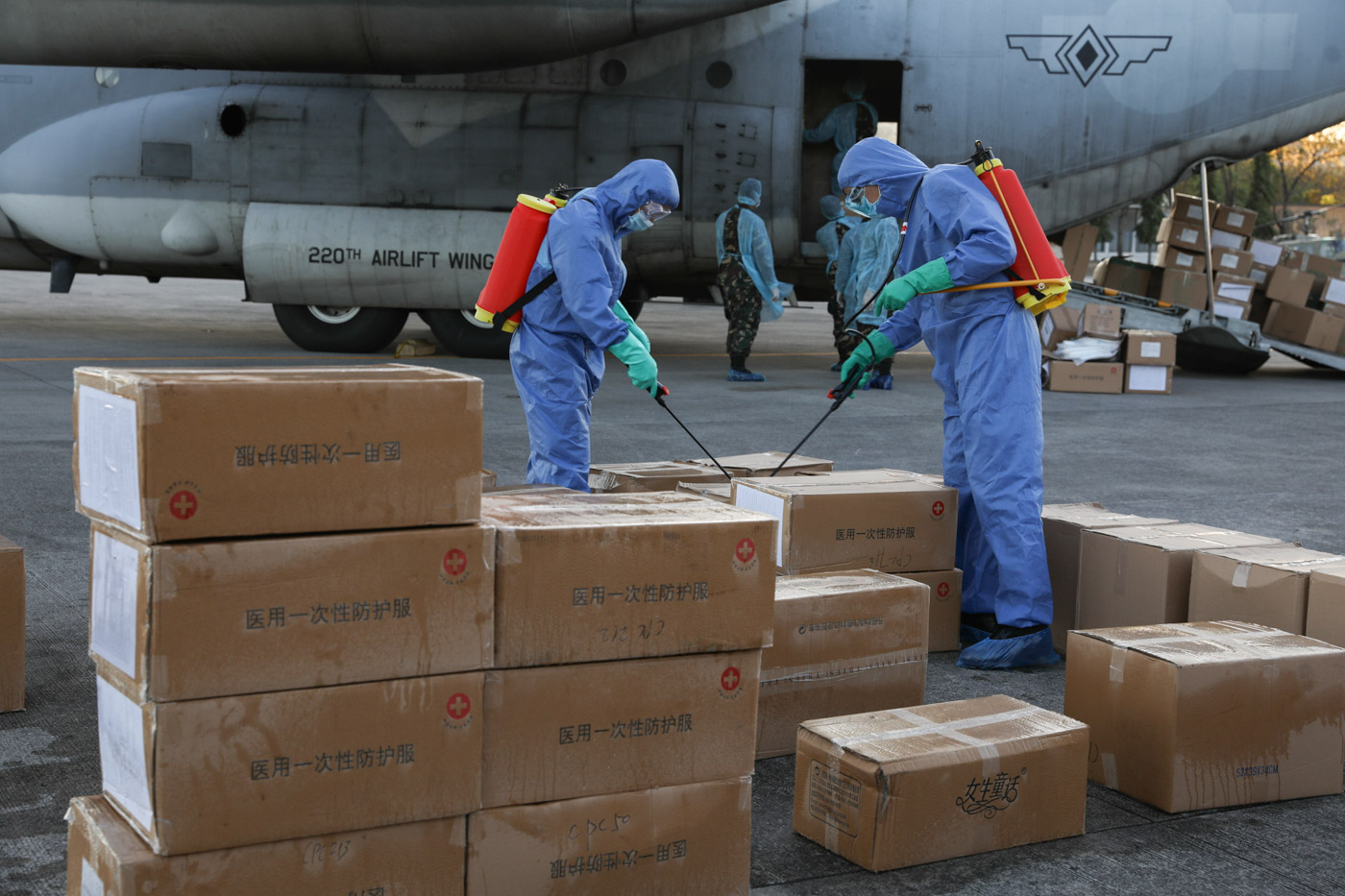 Editor’s Note: In the original version of this story, published on  May 9, 2020, we used the quote: “The procurement for another three million PPE sets worth P20 billion is ongoing and this will cover June to August. We are stockpiling on PPE sets because this COVID-19 might last until 2021.”

This was based on the rough transcript and notes from the Philippine Information Agency Distribution Group channel on the same day. We have corrected the article to reflect that P20 billion is for 11 million PPE sets, based on the statement issued by General Galvez on May 13 (dated May 14).

Galvez said that the government’s program involves the procurement of PPE sets worth P20 billion.

The procurement of 3 million PPE sets was ongoing to cover June to August, according to a transcript of the interview provided by Galvez’s office later on May 13.*

In a statement dated May 14, Galvez clarified that the P20 billion would be for 11 million sets of PPE.

It was not mentioned from where the government would procure the P20 billion worth of PPE sets.

In early April, Galvez announced that government had purchased a million PPE sets from China under a government-to-government deal.

Around that same time, Cabinet Secretary Karlo Nograles said that local garment manufacturers had been tasked to produce medical grade PPE sets after the Holy Week. He said that the garments factories could produce 10,000 PPE sets a day.

Galvez was in Davao City on May 9 to inspect the delivery of 200,000 PPE sets and rapid detection test kits for Mindanao areas aboard a Philippine Navy vessel that docked at the Sasa wharf.

“This supply is estimated to cover the days up to the end of May,” Galvez said.

Galvez said that government procurement of the PPE sets was fast  “thanks to (Budget) Sec. Wendel Avisado”.

“It is quite difficult to find a supply because everyone wants them. We have a supplier from China,” he said.

Galvez said that the distribution of the PPE sets in Mindanao would be centralized in Davao City because of its strategic location.

“Our priorities are government hospitals with COVID patients. The distribution will be based on the daily usage of a facility, the number of medical personnel, and the number of patients,” he said.

Galvez said that Cagayan de Oro, Zamboanga, General Santos City, Caraga, and Regions 9,10,11,12, and 13 will also be given their share of RT-PCR test kits, adding that more PPE sets would be distributed in Mindanao. – Rappler.com