May 12, 2020 7:53 AM PHT
Aika Rey
Facebook Twitter Copy URL
Copied
Transport expert Robert Siy notes that people need to have infrastructure where they feel safe to walk and bike, given the fear of contracting coronavirus in crowded spaces 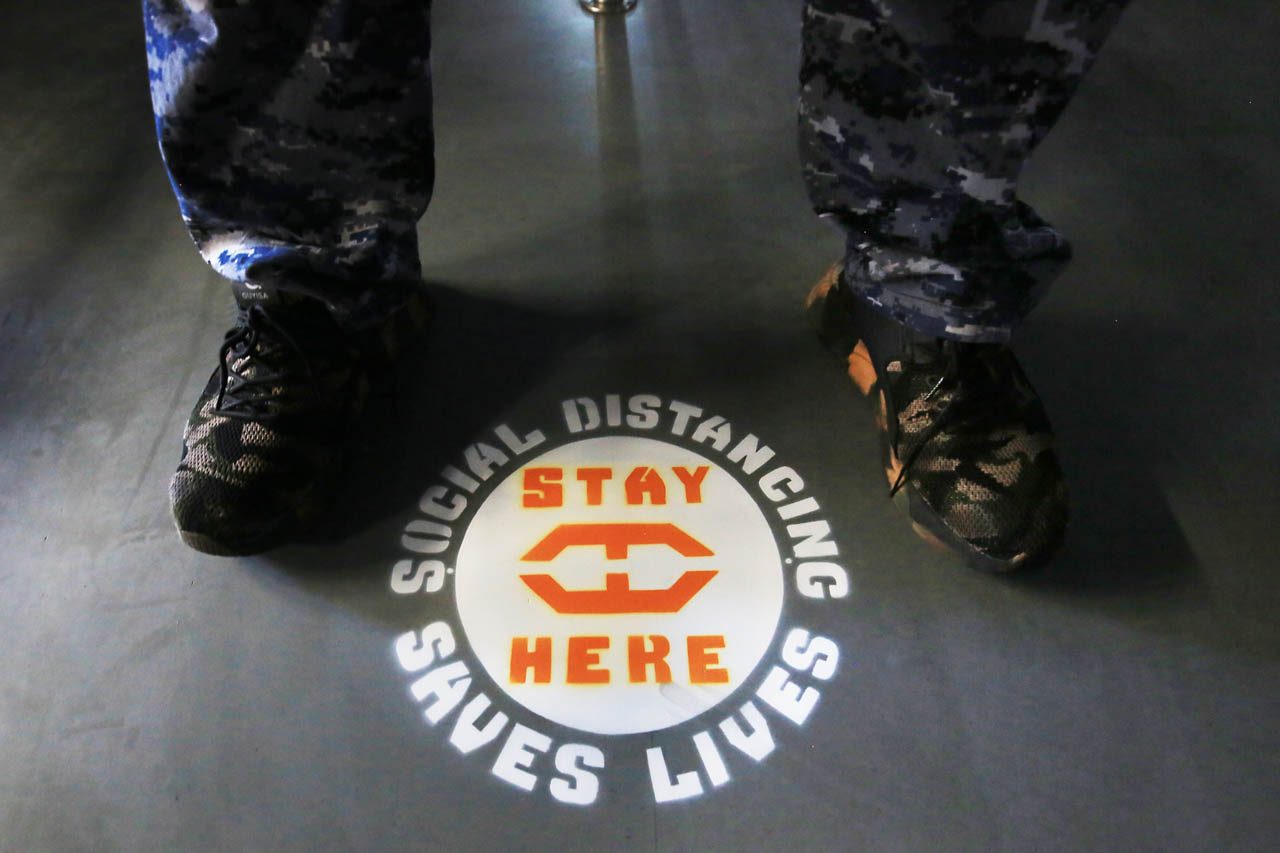 MANILA, Philippines – The Philippines stands to lose P520 billion annually, experts computed, if the government does not implement bailout programs for the transportation sector.

In a Rappler Talk interview with transport expert and advocate Robert Siy, he provided a breakdown of the projected economic losses if the mass transportation sector continues to operate at limited capacity for a year, not including periodic outbreaks in the future:

“This is something that we cannot ignore. They (government) cannot just be, ‘Transport operators, please tighten your belts and keep serving the industry,'” Siy said.

Transportation officials estimate more than 2 million commuters, or roughly 30% of the demand pre-lockdown, need to be served once the metropolis is placed under general community quarantine.

Under the guidelines, land-based public utility vehicles (PUVs) must operate at 50% capacity, while railway systems should be at 14% capacity.

Siy cited the Metro Rail Transit Line 3 as an example, when it served around 350,000 passengers daily at its peak. With reduced capacity, Siy said it may only be able to serve some 45,000 people daily.

“Many operators will not be viable if they can only use 50% of their seats. Not only that, we will see a lot of interest in motor vehicles,” he said, because of the risk of crowded space. “That will mean more traffic on the road.”

At the Senate hearing on Monday, May 11, bus operators already sounded the alarm that the current setup will not be financially viable.

So far, the only assistance that the Department of Transportation has for operators is a fuel subsidy for bus and jeepney operators, amounting to 30% of their daily fuel consumption. This, aside from the P5,000 cash aid to jeepney drivers that was earlier rolled out.

“The combination of more traffic plus reduced number of operator capacity, and the possibility that many operators will go out of business, means that you will have much longer queues, people who will have no option but to walk or to cycle,” Siy said.

Siy said that their group of experts and advocates, Move as One coalition, is proposing a P110-billion bailout for the sector in Metro Manila, Metro Cebu, and other Philippine cities, which may be implemented over 3 years: 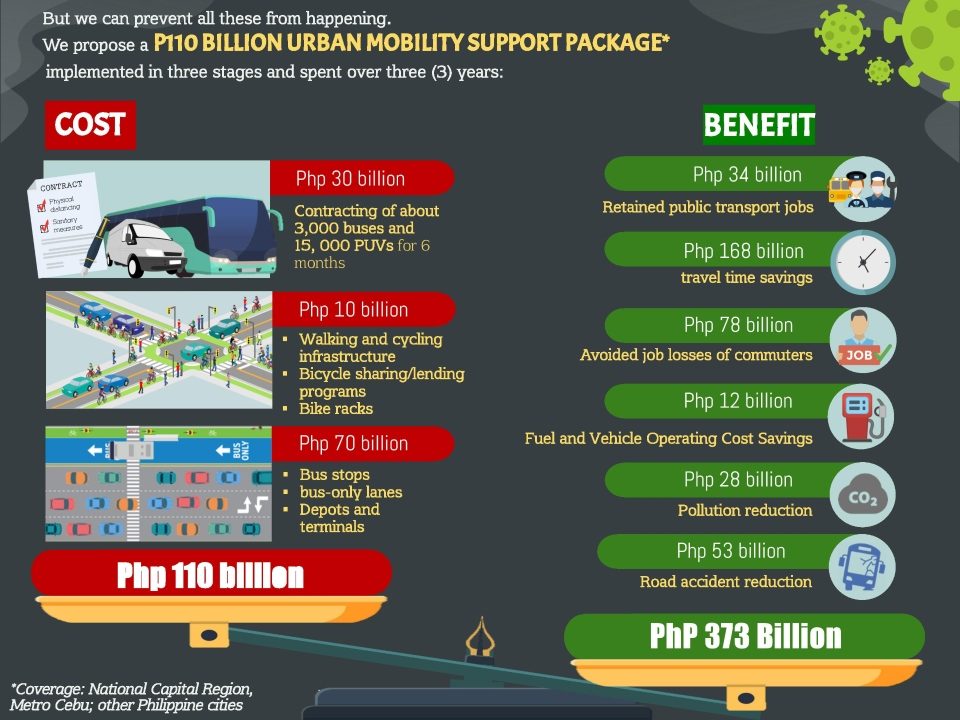 Siy noted that people need to have infrastructure where they feel safe to walk and bike, given the fear of contracting coronavirus in crowded spaces.

“They have to think, ‘How can we protect the rest of our society so that all of us heal as one?’ That’s really the message everyone needs to internalize now,” Siy said.

“On EDSA, how can we move more people than vehicles? That needs to be internalized by every official and every office,” he added.

The DOTr initially imposed reduced capacity in PUVs when President Rodrigo Duterte placed Metro Manila under a lockdown on March 15. Physical distance and health protocols had cut down public transportation then, resulting into longer queues and heavier traffic in some parts of Metro Manila.

Eventually, Duterte imposed the Luzon-wide lockdown on March 17. Mass transportation had been suspended since then, except for areas that were downgraded to general community quarantine starting May 1. – Rappler.com