Medialdea wants results of Sinas probe sent to his office 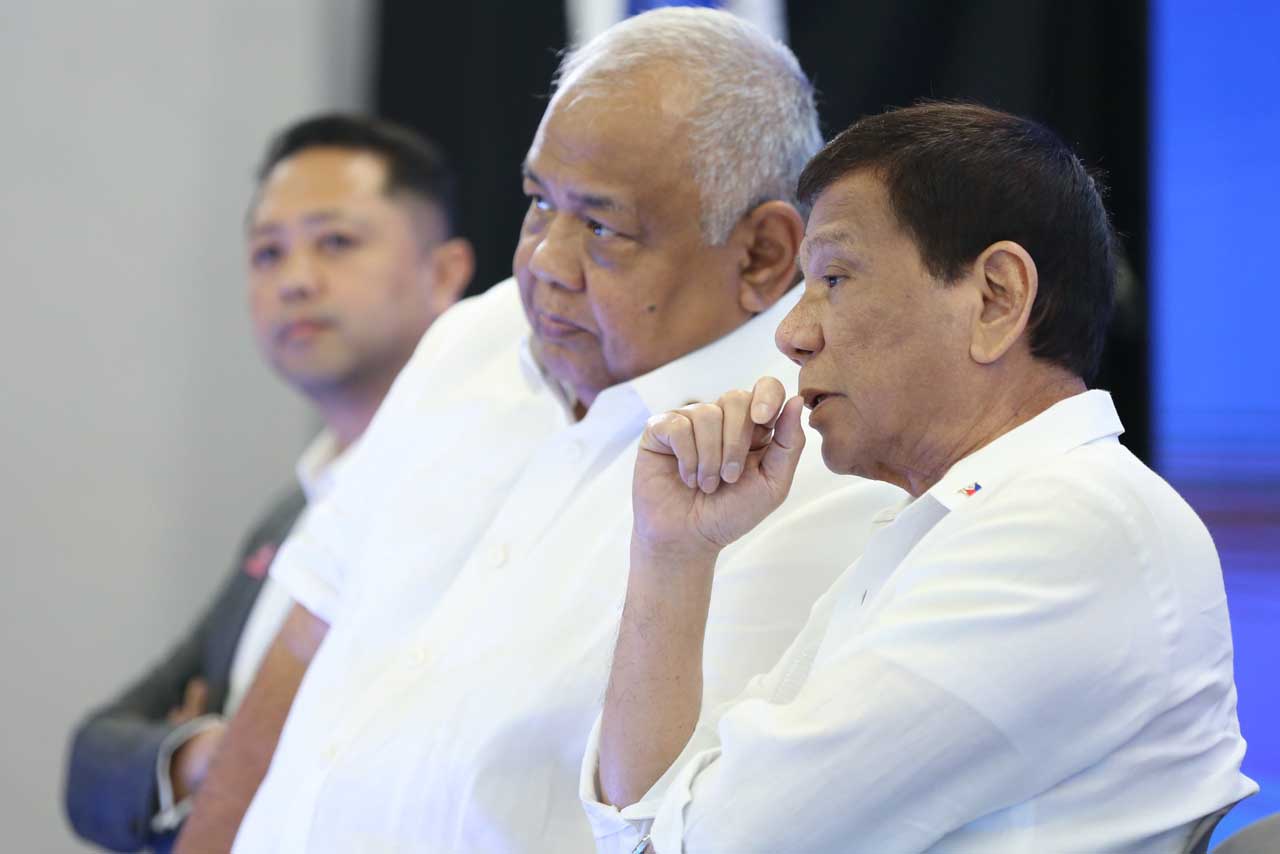 MANILA, Philippines – Malacañang has taken an interest in the controversial birthday gathering for Metro Manila top cop Debold Sinas during the coronavirus lockdown.

Executive Secretary Salvador Medialdea has asked the Philippine National Police (PNP) to send results of the probe directly to his office, Presidential Spokesperson Harry Roque  said on Thursday, May 14.

“He (Medialdea) has ordered the Internal Affairs Services of the PNP to conduct an investigation and forward the results to his office,”  Roque said in Filipino.

Asked for the maximum penalty for Sinas or his subordinates if they are found guity of breaking quarantine rules, Roque said in a mix of Filipino and English: “I think it’s a significant development that no less than the Executive Secretary has ordered the investigation and that the results be forwarded to his office. Let the investigation take place before we talk about penalties.”

PNP chief General Archie Gamboa had already ordered the PNP-IAS to investigate the incident on Wednesday, May 13.

During the briefing, Roque was also asked about the birthday party of Mayor Timoteo Villar III, chief executive of Santo Tomas town in Pangasinan, which also violated quarantine rules.

The spokesman called on citizens to report any violations to the Department of the Interior and Local Government (DILG) which has supervision over local officials.

“Bring this to the attention of DILG because they will investigate if the people involved are LGU chiefs,” he said in Filipino.

So far, neither President Rodrigo Duterte nor any Malacañang official has expressed any strong stand for or against Sinas and the Metro Manila police personnel behind his birthday surprise that violated lockdown rules.

On Wednesday, Roque only said that the Palace would “rely on presumption of regularity in the discharge of duties” and let the PNP probe the incident.

But Interior Secretary Eduardo Año himself had said the celebration and how it was conducted was a “big no-no.”

Photos of the celebration, posted on the National Capital Region Police Office Facebook page itself but later taken down, showed Sinas and fellow cops not maintaining physical distancing.

Sinas later apologized for the incident, only to say on Thursday that he found nothing wrong  with what he and his fellow cops did.

While government officials like Sinas are given the benefit of the doubt, through the conduct of probes, some quarantine violators are not so lucky. (READ: In PH pandemic: Due process for allies, warrantless arrest for the rest)

Hungry residents of the San Roque community in Quezon City who were demanding food aid, feeding program volunteers in Marikina, and a fish vendor in Navotas were arrested without warrants and detained.

Discharged schizophrenic soldier Winston Ragos was even shot dead by policemen when he was found outside his home without a mask. (READ: POLICING A PANDEMIC: Philippines still stuck with drug war blueprint)

In late April, 4 cops stormed the high-end Pacific Plaza Towers (PPT) condominium complex in Bonifacio Global City, Taguig City, after getting a report from Mayor Lino Cayetano’s office that some residents were gathered in a common area inside the condominium complex without face masks. – Rappler.com