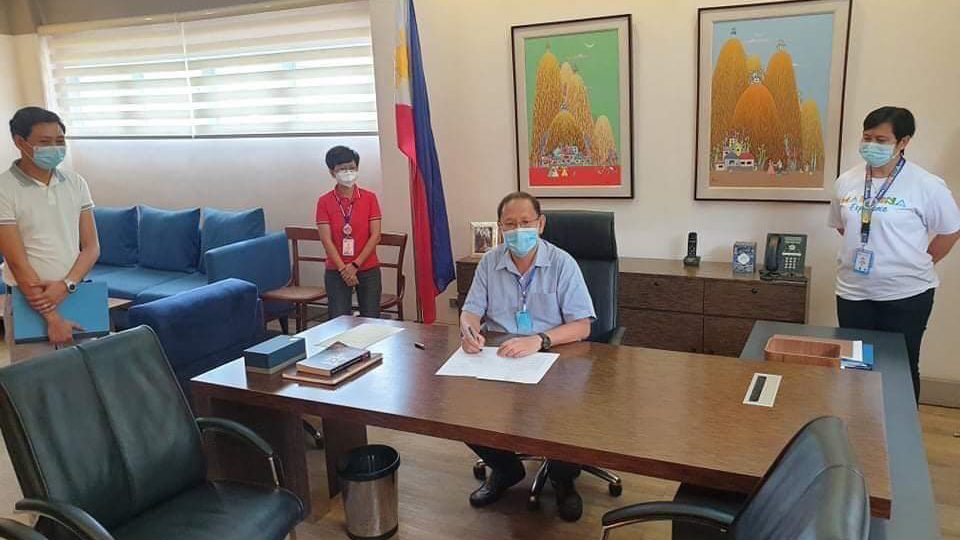 MANILA, Philippines – The local government unit (LGU) of Marikina City on Saturday, May 16, lifted the liquor ban in the city as Metro Manila transitioned to a Modified Enhanced Community Quarantine (MECQ).

Mayor Marcelino “Marcy” Teodoro said he signed Ordinance 64 which allowed the selling of liquors and other alcoholic drinks in the city.

“Liquor Ban is now lifted in in the City of Marikina, but [residents] must observe proper and safety protocols,” the Public Information Office of Marikina said in a Facebook post.

Meanwhile, the LGU said that drinking alcoholic drinks at public places such as restaurants and and bars is still prohibited by the city government.

“The public is advised to consume alcoholic drinks only inside their residence while observing social distancing measures and other health and safety protocols,” it said.

Earlier, Marikina City issued an ordinance prohibiting the sale of alcoholic beverages in the city during the imposition of the enhanced community quarantine (ECQ).