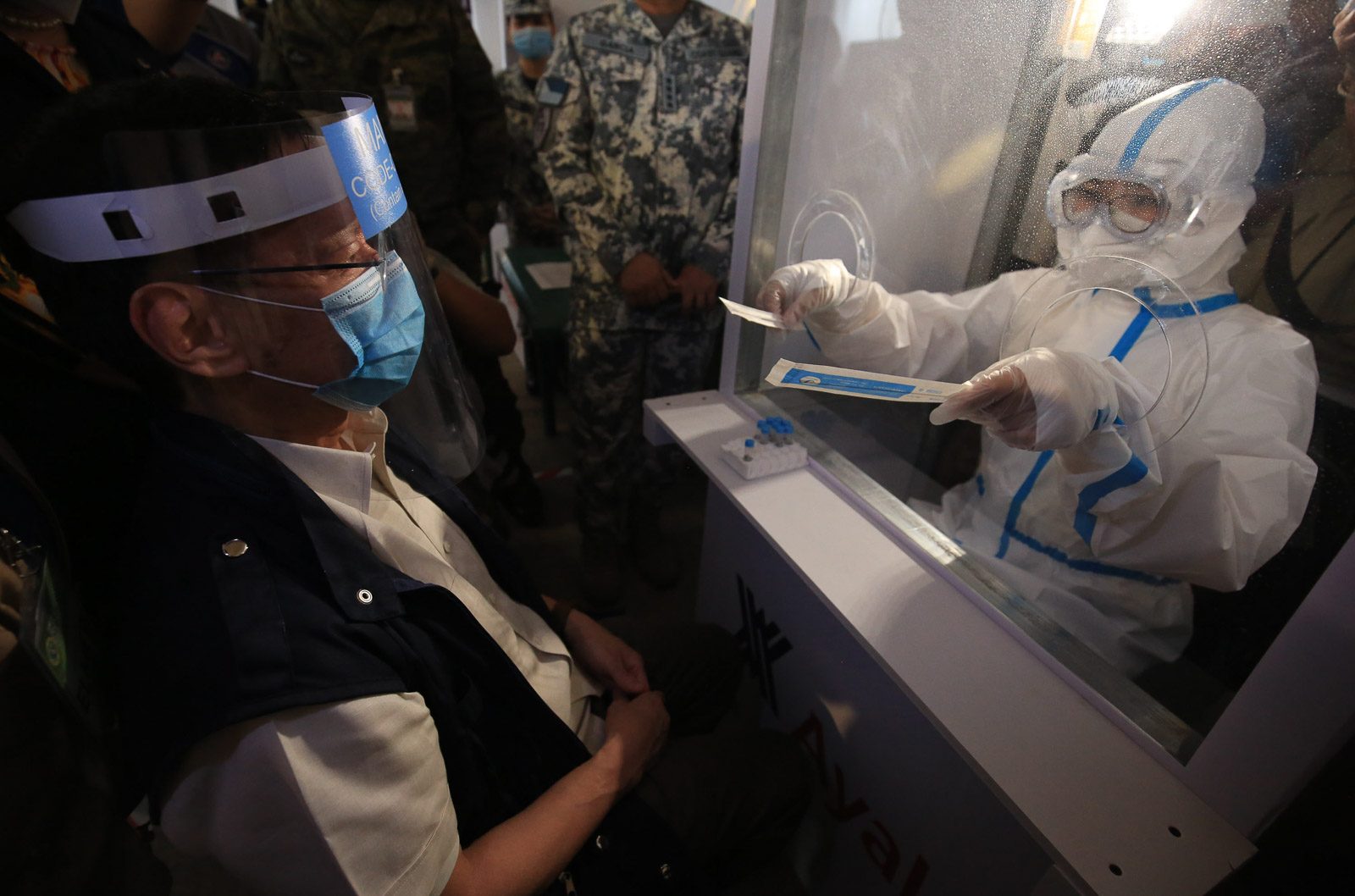 MANILA, Philippines (3rd UPDATE) – Where is the Philippines in the coronavirus outbreak cycle? While lawmakers, doctors, and academics had been raising concerns over a possible second wave, Health Secretary Francisco Duque III told the Senate on Tuesday, May 19, that the country was looking at a “3rd wave” in a worst-case scenario.

Senator Win Gatchalian asked Duque in a Senate committee of the whole inquiry what would be the worst-case scenario for the country, considering lockdown restrictions had begun to ease and the government had yet to do mass testing. (READ: Government to rely on private sector to boost coronavirus testing capacity)

(Secretary Duque, for me we are headed towards a big problem – the people have started going out and we haven’t done mass testing yet. What is the worst case scenario you foresee? We did not take advantage of doing testing during ECQ. We’re only doing that now.)

(The worst case scenario here is that we will have a repeat of outbreaks, and we’ll have what is called a second wave – actually we’re on the 3rd wave. It will depend on the number of cases in the different areas.)

On Wednesday, May 20, Duque told senators that the Philippines is on the second wave of infections.

“According to epidemiologists, the first wave happened in January, when we recorded 3 cases in Chinese nationals from Wuhan. That’s what we recognize as the first wave, just a small wave. Now we are on the second wave, and we are doing everything to flatten the epidemic curve,” Duque said in Filipino.

Although Duque did not specify when the second wave would end and the 3rd would begin, he explained minimum health standards that would prevent the occurance of the third wave, such as increasing physical resilience and reducing transmission.

Where are we on the curve? Some experts and the Department of Health (DOH) claim the Philippines has been flattening the curve, based on positivity rate. However, understanding where we are still highly depends on how much testing the government has conducted. (READ: Coronavirus cases in PH: Are we seeing the true picture yet?)

Reports of inconsistencies have emerged on how the DOH keeps track of data.

“The curve of new cases might be artificial. Not in the sense that it’s manipulated – artificial in a sense that the curve now is affected by our capacity to test,” University of the Philippines professor Jomar Rabajante said in Filipino in a May 11 episode of Rappler Talk.

He clarified on May 21 that at at the time of the interview, there was a backlog of 3,000 tests to be processed, and 250,000 remaining tests to be conducted.

“If I were to give an analogy, [the epidemic curve] is like a ball or a balloon. Our ECQ is what flattened the balloon. So if you flatten the balloon, [the curve] will just move. After the first wave, more will come because there are some people that will enter the community again,” Rabajante said in Filipino.

Health experts earlier estimated that the number of cases in the country might reach anywhere between 26,000 and 75,000. (READ: Ex-DOH chief: Actual number of virus cases could reach 75,000 in 2 weeks)

Coronavirus testing czar Vince Dizon said in the Tuesday Senate hearing that the country was at a testing capacity of around 11,000, and the government was targetting a 30,000-daily testing capacity by the end of May.

Dizon said they wanted to expand this to 50,000 daily tests in two months. Only then would the government be able to reach the benchmark testing target of 2% of the population, or 2 million Filipinos.