Internet cafe for lawyers? How PH justice system will cope with new normal 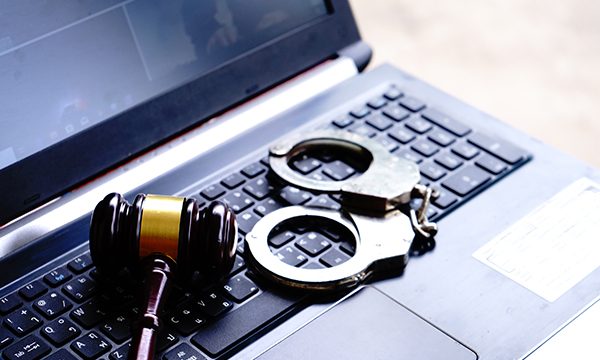 Facebook Twitter Copy URL
Copied
It will be a digital transformation, says the Supreme Court, but how will it make sure that every litigant has equal access to technology?

MANILA, Philippines – The coronavirus pandemic will force the Philippine judiciary to forge ahead with the new normal, transferring some of its processes to the internet, but how will it make sure that nobody is left behind?

“We should not let this crisis go to waste. Things have to change, even the courts – traditionally the most conservative branch of government. Because if it does not, it will see its effectiveness directly undermined by the challenging situation it now has to work with,” said University of the Philippines (UP) Law Professor Jay Batongbacal in a webinar on Tuesday, May 26.

One of the Supreme Court’s reforms during the quarantine period was to allow all courts in Metro Manila, and 70 other courts nationwide, to conduct virtual hearings for any type of case regardless of the stage in trial.

There are around 2,600 courts nationwide.

The Supreme Court tapped Microsoft, so that courts conduct the hearings through the platform Microsoft 365, which it has renamed the Philippine Judiciary 365. The platform comes with an email feature. (READ: ‘The digital court is not so far away’)

“No  court is allowed  to  use any other  platform or e-mail  account, other  than the officially provided Philippine Judiciary 365 platform,” said the Office of the Court Administrator (OCA) in OCA Circular No. 93-2020 issued on May 4.

In a newer circular, OCA Circular No. 98-2020 issued on May 29, the Supreme Court allowed virtual hearing for cases where the accused is out on bail.

In these proceedings, only the judge can record the proceedings. The stenographer will still have to transcribe and attach the transcript to the case records. The judge can allow court staff to join the hearing.

If the lawyer needs to talk to his or her client, a separate call may be hosted for them.

“The Philippine Judiciary [is] in our quest for digital transformation, with the aim of realizing expedited, efficient, and secure trials that are more user-friendly for court users especially during this time of public health emergency,” said Chief Justice Diosdado Peralta.

But this move will not simply be a migration to digital platforms, as the judiciary has to be mindful that it does not cause confusion with existing rules that can only be done in person.

More importantly, it must make sure everyone has equal access to technology. (READ: In fractured justice system, a simple solution: Let’s talk) “For the medium term, we propose that the Supreme Court should come out with interim rules to govern the short term and also to facilitate the transititon for the medium and long term, some of them quite simple, and commonsensical actually,” said former Supreme Court Spokesperson Ted Te in the webinar.

Te suggested that the Supreme Court amend the current rules on evidence, so that the examination of witnesses can be done remotely, instead of “in open court” as what it says in the rules.

Another issue that has to be streamlined is jurisdiction.

“Apparently there is this phenomenon now where you have somebody arrested in Metro Manila being charged in, say Cagayan de Oro, and he said I don’t need to go there, I’ll just post bail in Manila and the judge had a preference for the accused to go to Cagayan de Oro,” said Disini.

“If the whole point is for this person to subject himself to the authority, to the court, does it matter that he’s in Cagayan de Oro? This is one of the things we have to figure out,” said Disini.

Disini and Te also said that the Supreme Court would have to rethink its rules on notarization, like allowing e-notarization to minimize contact. (READ: In Duterte’s Philippines, lawyers are pandemic frontliners too)

Disini said the Supreme Court will have to assess whether it will choose a cloud–based solution, meaning that data will be stored in the internet, or if it will buy physical hardware storage.

The Supreme Court has in fact already started with the physical hardware.

Before Chief Justice Maria Lourdes Sereno was ousted, she said 22% of the Enterprise Information Systems Plan (EISP) was already operational – there are data centers up and running inside the SC headquarters in Manila, the disaster recovery site in Angeles City in Pampanga, and phase 1 of the infrastructure in the judiciary systems integration system.

Regional data centers in Tagaytay, Lapu-Lapu, and Davao, and the digitization of court records were only 26% in to the procurement process, Sereno said in 2018. Sereno’s EISP project was scuttled because of a consultant she allegedly overpaid, and other actions that got on the nerves of fellow justices and other officials.

Disini also said the Supreme Court must be “technology neutral,” meaning there is no prescribed system, but harnessing what is available to court users such as Dropbox and Google Drive.

“Let the users identify technology based on their circumstances,” said Disini.

To make sure there is equal access to technology even by poor litigants, Disini proposed a subsidized system where the private sector provides the technology through a Build Operate Transfer (BOT) scheme and then charge for access, except for indigents.

“We can set up internet cafes as service bureaus for attorneys who are not technologically enabled, and this can serve as an outpost for them to send messages, to take their filings, to accept notices and print them out for the lawyers who are largely analog,” said Disini.

Disini said it would be better to retain all of the paper-based processes but layer technology, for example, to enable services of summonses and orders by e-mail.

“The authoritative copies are still the one in paper and this would be more efficient because from the standpoint of the court, there’s less training of its own personnel,” said Disini. (READ: PH soon to have single online portal for prisoner, criminal data)

Te said the judiciary has to seize the opportunity to make the most of the pandemic and improve the justice system for the better.

“The big picture here really is access to justice and doing big things in order to improve access to justice. That’s what we want out of this crisis – a much better way to do things,” said Te.

For example, Te said the judiciary can push for a review of legislation that “overburdens” the criminal trial process, and ends up locking up many people for far too long a time.

“There are too many crimes which penalize the violation of these laws with imprisonment. There should be an honest-to-goodness review of all these legislations that substitute the penal form of punishment with a civil form of punishment,” said Te.

Te said the Department of Justice (DOJ) also has to rethink its two-prosecutor strategy where one prosecutor resolves the complaint on their level, and another prosecutor goes to trial with the charge.

The disconnect and the delays in trial and losses that come out as results, are also the same problems raised in the Office of the Ombudsman for graft cases.

Te said the judiciary must also address the slow pace of executing winning judgments, where the court awards damages and other monetary form of compensation, which take years for many litigants.

“Part of the things that the court can do in the medium and long term is the process of executing judgments currently under the rules on civil procedure…. It’s complicated and archaic, so if we’re talking about transformation, I really think the court should take a look at simplifying the process,” said Te.

Batongbacal acknowledged that procurement will still be a grief for the judiciary as it moves forward with reforms.

But time is of the essence.

“This has to be carefully and quickly worked out because technology changes. For example, by the time the Supreme Court came up with the circular on electronic pleadings and requiring pleadings be submitted in CDs, by the time it came out, CDs were already obsolete,” said Batongbacal.

The quo warranto scandal, and mounting questions on its integrity because of controversial decisions favoring the Duterte administration, are the ghosts that haunt the Supreme Court.

Will reforms in the pandemic be its redemption? – Rappler.com