SC applicants doubt ABS-CBN can get remedy from High Court 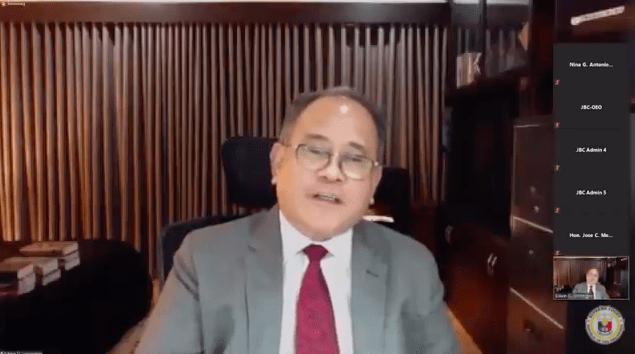 Facebook Twitter Copy URL
Copied
In several questions throughout the Judicial and Bar Council interview, the applicants agree that ABS-CBN's fate is mostly up to Congress

MANILA, Philippines – Court of Appeals (CA) justices who are applying for a spot on the Supreme Court bench doubt that ABS-CBN can get remedies from the High Court in its bid to go back on air.

CA justices Ramon Bato, Priscilla Baltazar-Padilla, Edwin Sorongon, and Nina Antonio-Valenzuela were interviewed on Thursday, May 28, by the Judicial and Bar Council (JBC), where the ABS-CBN case took centerstage.

The common question asked of the 4 was if the Supreme Court was even the proper venue for the case, citing the hierarchy of courts and other jurisdictional issues.

JBC members retired justices Jose Mendoza and Noel Tijam pressed the applicants if the ABS-CBN case involved questions of facts, rather than just questions of law. The Supreme Court is not a trier of facts.

“As long as the issue there in the case, the determining of the issue is based on factual issues, then, even if it’s of transcendental importance then it will not be resolved by the Supreme Court,” said Sorongon.

Sorongon agreed that the case should either be dismissed or remanded to the Court of Appeals.

“In fact when I read that in the internet, I was of the thinking that maybe they will bring the case to the CA, because they are assailing the order of the National Telecommunications Commission (NTC), but they went straight to the Supreme Court so I don’t know,” said Sorongon, referring to the petition by ABS-CBN to void NTC’s cease and desist order.

The Supreme Court has so far only required the NTC, the House of Representatives, and the Senate to respond to the petition.

The JBC did not specifically tackle whether the technical restrictions also apply to Solicitor General Jose Calida’s quo warranto petition against the network which was also filed before the Supreme Court, and which involved similar facts.

Not a justiciable controversy?

Bato, meanwhile, does not believe that ABS-CBN has an actual justiciable controversy, or an incident that merits an action from the court.

Bato said that it was a given fact that ABS-CBN’s franchise was going to expire on May 4.

“Insofar as the actual controversy that is justiciable, then I think with the expiration of the franchise of ABS-CBN, I’m taking into account the plenary authority of Congress to grant or deny a franchise, then there is no justiciable controversy,” Bato said in response to a question by House justice committee chair Representative Vicente Veloso.

Bato agreed that there was no need for the NTC to issue a cease and desist order because the expiration of franchise was self-executing.

However, Bato said the NTC’s order is still valid, even though ABS-CBN had argued that it violated their right to due process because they were not given the chance to explain.

“I don’t think (that it is void) because the NTC can motu proprio (on its own initiative) issue that order because of the expiration of the franchise. NTC can also apply the rule on taking judicial notice that the law in so far as the franchise of ABS-CBN is concerned has already expired,” said Bato. (PODCAST: Law of Duterte Land: ABS-CBN and the 3 tangled branches of government)

The applicants’ answers to the question have an effect of saying that ABS-CBN’s fate is mostly up to the Congress passing a law that would renew their franchise.

Valenzuela said “the Constitution says that a franchise is a privilege and not a right and only Congress can grant the privilege.”

Padilla said that favorable resolutions from both houses of Congress will not be a valid basis for ABS-CBN to air in the interim.

“What is required is a law and not a mere resolution; as upheld by the Supreme Court, a resolution is a mere expression of the Congress’ sentiments or what they call now as senses. It is not a law. It did not pass through the procedure prescribed under the Constitution for the passage of a law,” said Padilla.

There are 13 applicants for the spot to replace recently retired Associate Justice Andres Reyes Jr, but the 9 other applicants will no longer be interviewed because their previous interviews are still valid.

It’s the first time that the JBC conducted its interviews online.