May 31, 2020 7:52 PM PHT
Rappler.com
Facebook Twitter Copy URL
Copied
Sotto says biking is good for physical distancing as he reminds his constituents that the general community quarantine does not change the precautionary measures government has been implementing against COVID-19 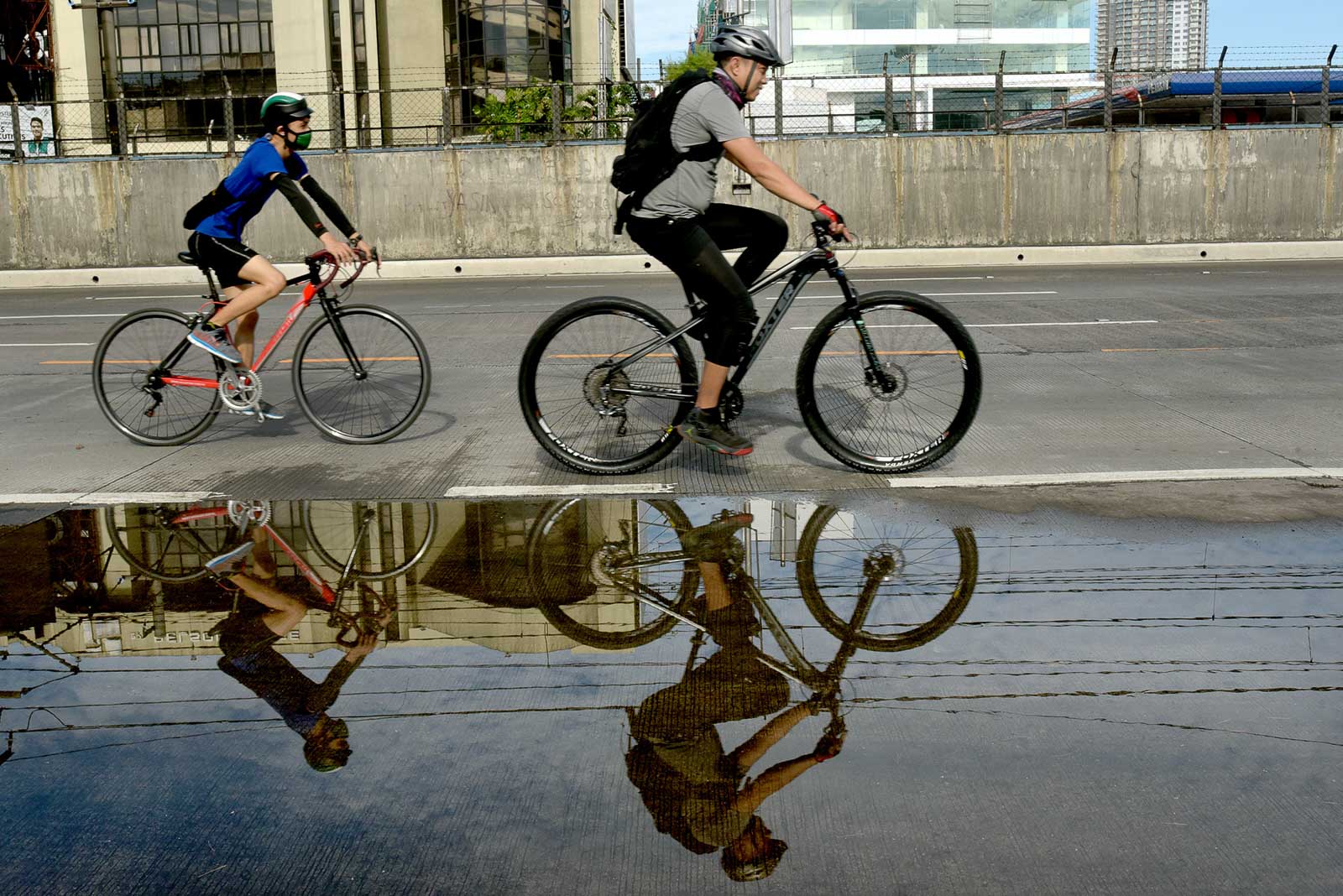 MANILA, Philippines – For Pasig City Mayor Vico Sotto, the bicycle is a highly-recommended alternative mode of transportation going to work.

He said his staff at the Pasig City government still smelled good when they arrived at the office after biking under the sun. Sotto said he smelled them himself.

“We proved that bike riding is possible in the Philippines even if it’s hot,” Sotto said in Filipino in a Facebook livestream on Sunday afternoon, May 31. “Our staff biked to work. They didn’t smell bad. I smelled them, they smelled good.”

Sotto is promoting biking and other alternative mode of public transportation not only to decongest traffic in Pasig City but also to make people remember that physical distancing remains a priority to prevent community transmission of the vicious coronavirus that has left the country nearly at a standstill for nearly 80 days.

The Inter-Agency Task Force (IATF) for the Management of Emerging Infectious Diseases has placed the entire Metro Manila under general community quarantine, the most relaxed among all the quarantine levels imposed to prevent the spread of the deadly new virus. The capital will be under GCQ from June 1 to 15.

Sotto reminded his constituents that the GCQ does not change any of the precautionary measures government has been implementing against COVID- 19.

He said the only difference was “more people are allowed go back to work and more businesses are allowed to operate.”

Sotto said the “basic rules are the same”: people are expected to stay at home except for essential travel which include going to work, hospitals, or the grocery to stock up on suppliers. Minors and senior citizens should refrain from going out. He said, however, that households where there are only senior citizens could be an exception to the rule but urged the seniors to still limit their forays outside their homes.

The IATF has recommended that mass transportation – except jeepneys – be allowed to resume. Buses are recommended to operate at 50% capacity.

Sotto reiterated the IATF guidelines for private and public transportation as people are expected to return to their physical work places as well, after working from home for more than 2 months.

When it comes to the capacity for every vehicle, Sotto said that a rule of thumb is: passengers should be seated beside a window.

The following are the reminders for those who will start driving or taking the public transport to work on Monday, June 1:

The Pasig City government has sought clarification about the prohibition on back riding. Sotto said he agreed that if the driver and passenger live in the same house, back riding should be allowed.

“But right now, it is not allowed so we wrote the DILG (Department of Interior and Local Government) for clarification, if Pasig could issue a special ID. So while waiting for their reply, back riding is still prohibited,” he said.

In his livestream, Sotto also said that Pasigueños who were cut from the national government’s cash assistance program will still receive the P8,000 subsidy from the Pasig City government.

He apologized after the distribution slowed down last week because of the house-to-house validation that needed to be done. The mayor said the master list for the city’s Christmas project was used but it was still not “100% in order.”

Sotto said that the city government is still doing a house-to-house validation but there would be a payout center established near the beneficiaries’ homes, which will make the distribution 5 times faster.

Sotto said that with the payout center system, all the recipients will receive their cash assistance from the city government in June.

(READ: All Pasig families to receive cash aid but Vico Sotto asks the well-off to waive it)

Sotto said those who tried to dupe the city government have been identified.

(Some are brazen… in Kalawaan. I will go to you because you tried to put one over us. Taking something that is not yours is depriving others of what should be theirs.) – Rappler.com