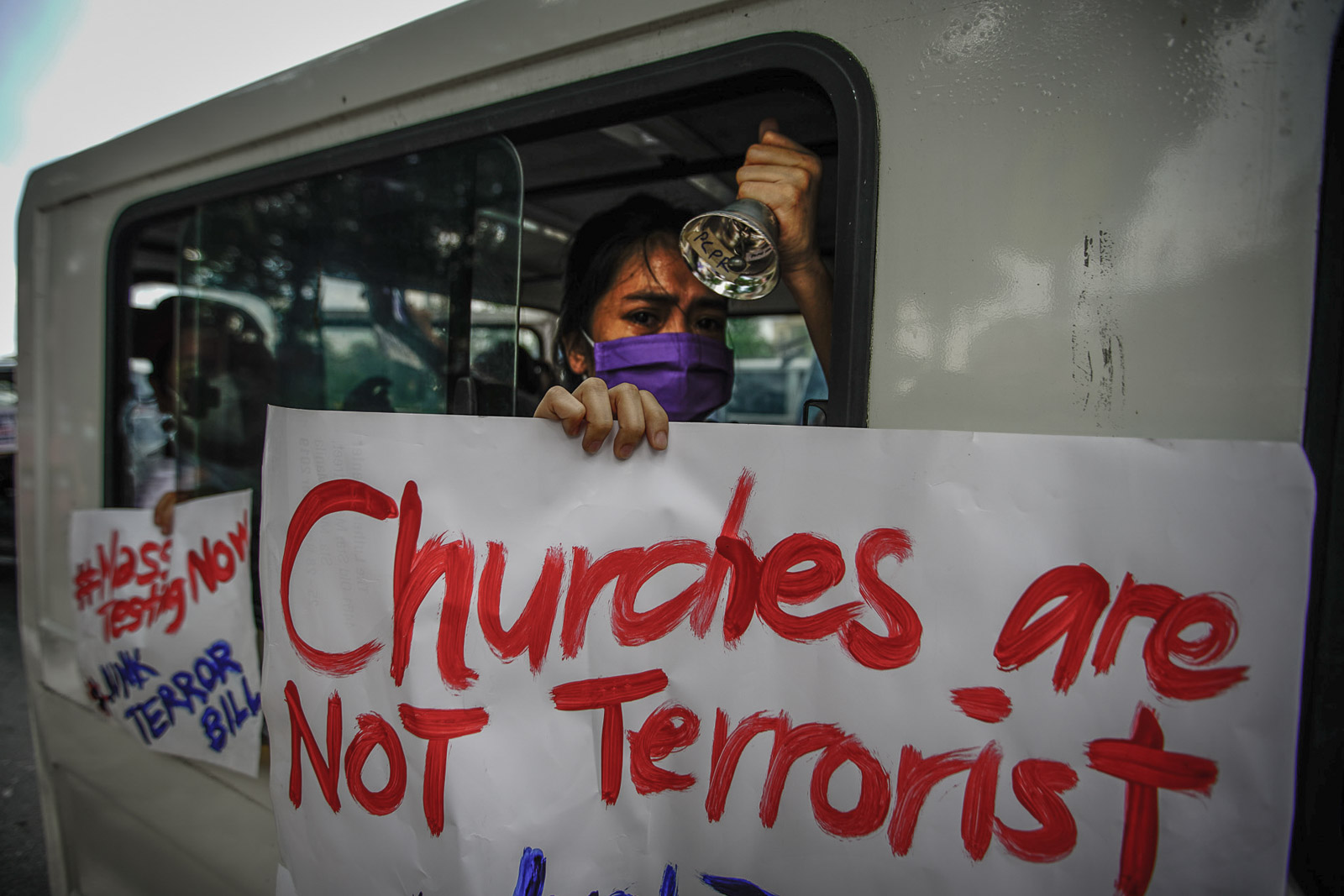 MANILA, Philippines – Catholic and Protestant leaders in the Philippines condemned a proposed anti-terror law that critics fear can be used to curtail dissent in the guise of fighting terrorism.

In a statement, a group of Christian leaders called One Faith, One Nation, One Voice said the anti-terror bill reminds them of the Marcos dictatorship, when the government arrested, detained, and tortured its critics for more than a decade.

“We believe that the anti-terrorism bill will insidiously strip away respect for human rights and other civil liberties,” the group said.

“We are speaking, even as we recognize that to do so is dangerous. For such a time as this, to remain silent only assures the impending destruction and abuse of our people,” they added.

The statement was signed by at least 19 church leaders, including Bishop Broderick Pabillo of the Roman Catholic Archdiocese of Manila, Obispo Maximo Rhee Timbang of the Iglesia Filipina Independiente or Aglipay Church, Bishop Reuel Norman Marigza of the National Council of Churches in the Philippines (NCCP), Brother Armin Luistro, and Sister Mary John Mananzan.

Pabillo is the temporary head of the Archdiocese of Manila, a symbolic seat of power of Catholicism in the Philippines, after its former archbishop Luis Antonio Tagle was promoted to a Vatican post. Another signatory, Marigza, is general secretary of the NCCP, which describes itself as the biggest non-Catholic religious organization in the Philippines.

The NCCP posted the group’s statement on its Facebook page on Wednesday, June 3.

The statement came after President Rodrigo Duterte certified the bill as urgent. The bill is now one step away from final approval by the House of Representatives.

Why oppose the anti-terror bill

In their statement, the group One Faith, One Nation, One Voice enumerated the following reasons for opposing the anti-terrorism bill:

The Catholic and Protestant leaders said the bill is “likely to be misused and abused by those who wish to ‘lord it over’ the Filipino people, obliterate opposition, and quell even the most legitimate dissent.” (READ: ‘Reject this’: Human rights lawyers up in arms vs ‘repressive’ anti-terror bill)

Religious groups have been among the staunchest critics of President Rodrigo Duterte, who in turn has blasted bishops and priests, and has hurled insults even against God. – Rappler.com