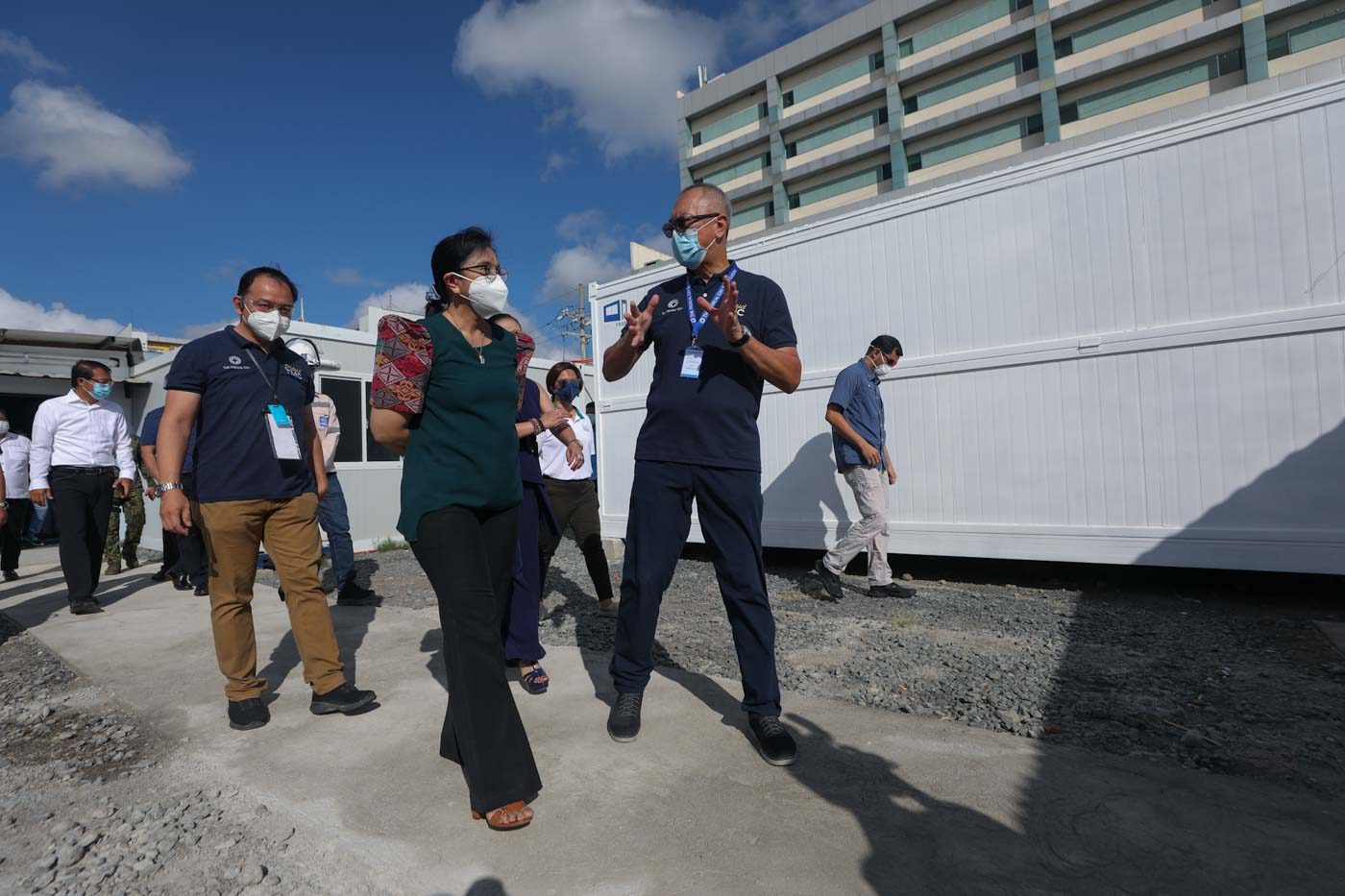 MANILA, Philippines – With the anti-terrorism bill only one step away from becoming law, Vice President Leni Robredo questioned why the Duterte government railroaded the bill’s passage in Congress during the coronavirus pandemic.

Robredo hit the priorities of lawmakers as she pointed out that government officials should be “all hands on deck” in responding to the health emergency.

(My god. It’s disheartening because we’re going through one of the biggest tragedies in history. We haven’t gone through this kind of health crisis before. Everyone should be focused on this problem, but instead they’re working on this anti-terror bill? Why force it – not just insert – but force it?)

The House of Representatives passed the anti-terrorism bill after President Rodrigo Duterte certified the measure as urgent on June 1, days before Congress was set to adjourn on June 5.

The House simply adopted the Senate version of the bill passed earlier in February and blocked any amendments.

Robredo hit the House leadership’s decision to block changes to the bill, saying it violated the “essence of democracy.”

(Having different voices is the essence of democracy. What they wanted was to just adopt the Senate version because they were in a rush and wanted to do away with the [bicameral conference committee]. But you’re taking away the people’s voices.)

Robredo likewise raised alarm over problematic provisions of the bill which civic groups and human rights lawyers warned made the measure more dangerous than the Human Security Act of 2007.

Among these are the broad definition of terrorism and the lack of penalties for erring law enforcers, which could create room for more abuses. (READ: EXPLAINER: Comparing dangers in old law and anti-terror bill)

(There’s much room for abuse so we strongly oppose the bill. I’m not saying they shouldn’t pass a bill if they feel the current law is insufficient, but there should be a proper process.)

Retired senior associate justice Antonio Carpio said the measure, once enacted into law, can be challenged “on its face” or right away at the Supreme Court as it touches on “fundamental constitutional rights…and provides penalties for its violation.” – Rappler.com