The bystander of Cebu 8: ‘I got arrested for asking a question’ 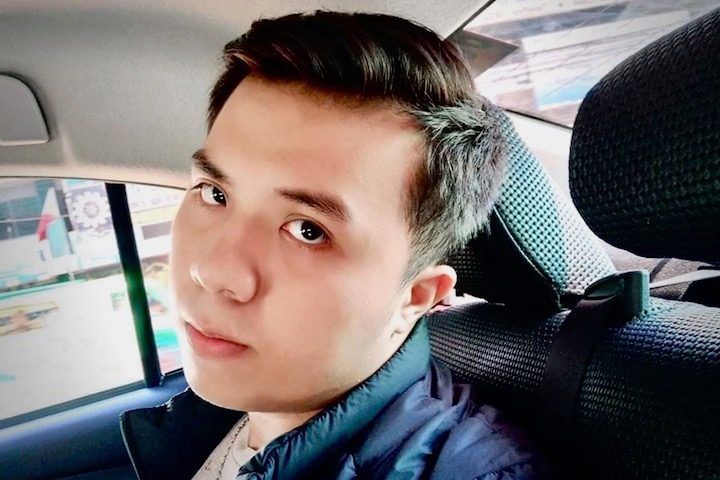 It was the evening of June 4. Words of protest against the anti-terrorism bill flooded social media. Corominas, 19, gleaned an invite from a friend as he scrolled through a feed that had become highly charged since the coronavirus lockdowns.

There would be a demonstration in front of the University of the Philippines (UP) Cebu against the bill, the post said. Congress had just approved the bill, and only a public outcry could block its enactment. The call time was 10 am.

Corominas woke up at 9:30 am and hitched a taxi to the protest. He had no intention of standing with the demonstrators, he said, but only to observe them from afar.

He had never attended any street demonstrations. He quit school around 2018 and had since tried to earn through commentaries on internet games. He also helped his mother who managed a meat shop.

“I considered myself neutral,” he said in an interview with Rappler on Tuesday, June 9.

On June 5, as he alighted a cab in front of UP Cebu, he was met with a jarring scene: gun-toting cops were cuffing and dragging a girl in black – a protester – to their truck. A flurry of reporters recorded her with their cameras. A few steps behind, Corominas pressed record on his phone.

“Sobra man ning ginabuhat sa kasamtangang administrasyon ug sa mga kapulisan na ana-a diri karon (The actions of the current administration and the police right here now are just too much),” the girl shouted as a cop forced her to take a seat at the truck’s rear.

“I know the rules and I know my rights,” she shouted before the truck whisked her away.

Disoriented, Corominas tried to understand what he had just witnessed. He quizzed reporters about what happened. He approached students who stood by. He also asked a security guard posted by the university’s gates. No one could explain how an otherwise peaceful protest led to an arresting spree.

He then asked a cop. He walked towards the nearest rifle-toting officer and asked, “What is happening?”

“I thought that they would at the very least give me an explanation or details. But all I got was screaming,” Corominas said.

The cop fired back with an interrogation.

“Where is your quarantine pass?”

Corominas had neither, but from what he knew, Cebu City residents were not required to have them as the city was already under general community quarantine (GCQ).

Under Cebu City’s GCQ guidelines, quarantine passes are required for residents who wish to access essential goods and services. All residents under 21 years old have also been told to stay home.

Cops cuffed him and ferried him away just like the shouting woman he watched mere minutes before. Unlike her, he was speechless for much of the ride to the police station, where he saw the woman again with more arrested protesters. They waited for hours without being told what they had been accused of.

Corominas had hoped that cops would, at most, only charge him for violating quarantine guidelines, but they accused him of attending a rally without a permit on the basis of a Marcos-era law – disobeying persons of authority, and “non-cooperation” as a person believed of having a notifiable disease.

“I didn’t think that the police would be that harsh so it was like kinda getting slapped in the face,” he said.

Under detention, Corominas and the 7 others were christened by many as latest embodiment of police and government abuse. They were called the “Cebu 8.” (READ: Policing a pandemic: Philippines still stuck with drug war blueprint)

Corominas was arrested as a bystander. He walked free as a protester on Monday, June 8.

He also had a glimpse of life under a new anti-terror law, if President Rodrigo Duterte decides to keep the  bill awaiting his signature, intact.

“To the government, tone it down with the anti-terror bill. If you’re going to implement it, at least revise it so that nobody could abuse this to a random person and get accused of being a terrorist,” Corominas said.

“I mean, look at me, I got arrested for asking a question.” – Rappler.com