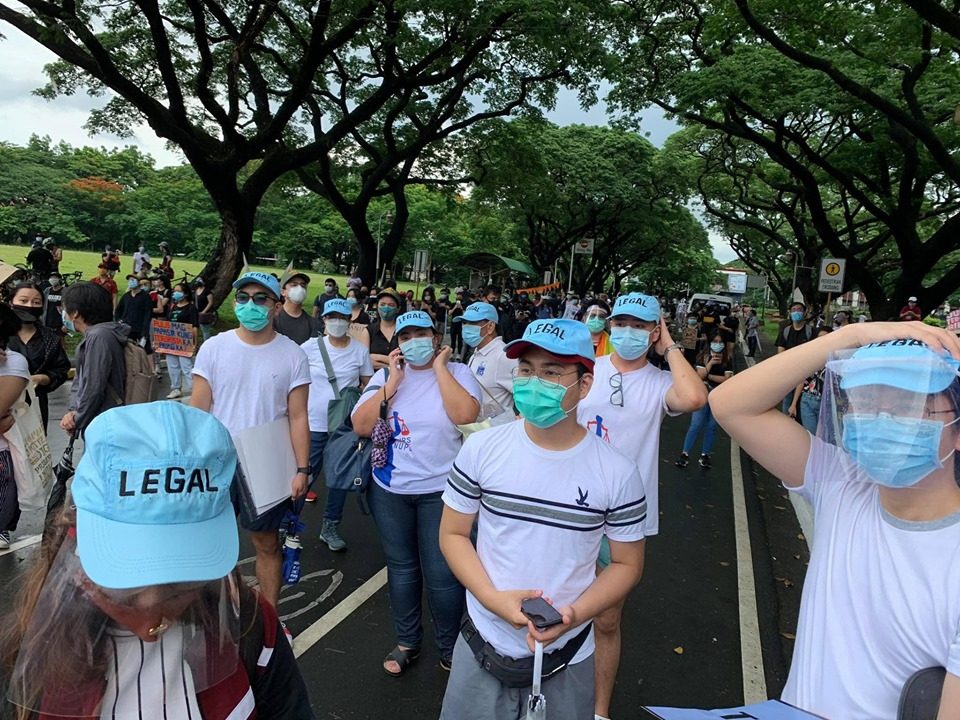 Facebook Twitter Copy URL
Copied
'Nakakatakot,' says former vice president Jejomar Binay of the anti-terror bill as he joins fellow lawyers for a picket in front of the Supreme Court

MANILA, Philippines – Philippine lawyers’ calls against the contested anti-terror bill are growing louder by the day, calling to mind the political crossroads that former president Gloria Macapagal Arroyo herself faced when lawyers slammed her Proclamation 1017 more than a decade ago.

The Concerned Lawyers for Civil Liberties (CLCL), a reorganization of the legal consortium that opposed Arroyo policies, was a strong presence during the Independence Day rallies on Friday, June 12, deploying 25 lawyers and 15 law students on the ground to respond to possible arrests.

The CLCL first trooped Friday morning to the Supreme Court for a small picket against the anti-terror bill.

And who should join them but former vice president Jejomar Binay, one of CLCL’s convenors.

More than a decade ago, in 2006, Binay was part of the unprecedented lawyers’ march to EDSA shrine to oppose Arroyo’s Proclamation No. 1017 that declared a state of emergency over the country to crack down on the Left.

It authorized the military to “prevent or suppress all forms of lawless violence as well any act of insurrection or rebellion and to enforce obedience to all the laws and to all decrees, orders and regulations.”

Like Duterte’s anti-terror bill, Arroyo’s Proclamation 1017 was criticized as an unconstitutional way to silence legitimate dissent.

The same lawyers would file cases in the Supreme Court that gave birth to key decisions hailed as having strengthened our grasp on fundamental freedoms. Parts of Proclamation 1017 were declared unconstitutional in the case David vs Arroyo.

CLCL co-convenor Neri Colmenares believes the Philippines might similarly be facing a crossroads.

(I think Duterte’s intimidation has been dispelled. This is like the La Tondeña strike during Marcos’ [time], that strike broke the image of Marcos as all powerful, so this bill is also a miscalculation of government.)

If CLCL would have its way, it would like the judiciary to play a pivotal role.

The reason why CLCL staged the picket in front of the Supreme Court on Friday was to urge the judiciary “to step up at the ripe time and help protect the lives and cherished liberties of the Filipino people against the overbearing power of the Executive and the Legislative.”

“The passage of the New Terror Bill and its transmittal to Malacañang, at the eleventh hour, amid the broad opposition and wide concern of the people against it, only proves how the political branches of government are playing with fire,” the CLCL said.

Although the judiciary is a traditionally passive branch, it played the role of an activist court in 2007 under former chief justice Reynato Puno, who promulgated new rules on extraordinary remedies to address human rights problems under Arroyo.

Asked if the Supreme Court can be as proactive as 2007 in the face of human rights problems under Duterte, Chief Justice Diosdado Peralta offered a lukewarm response: just file cases. 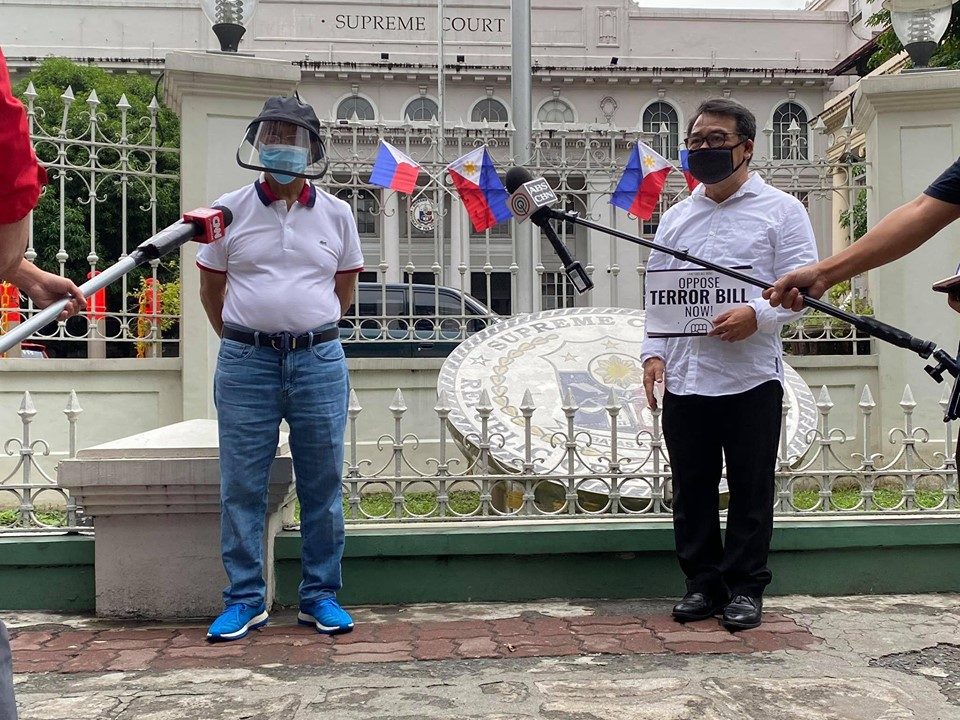 The Supreme Court during Arroyo’s time handed the former president big losses, including striking out the Peoples’ Initiative that would have extended her term through Charter Change.

Duterte has only so far won big cases before the Supreme Court.

“Of course we need more, but I’m glad na maraming lawyers ang nagpakita sa buong bansa ng suporta sa panawagan (but I’m glad there were many lawyers around the country who showed support for this cause),” said Colmenares.

In 2006, there was a standoff between police and lawyers, but cops eventually allowed them to hold a short program.

On Friday, police did not make a single arrest in the UP Diliman protest, a pleasant surprise for attendees who overcame fears that there was going to be tense scuffles because the government had warned that rallies were prohibited under quarantine.

That afternoon of the lawyers’ march in 2006, Arroyo lifted Proclamation 1017.

Lawyers of today hope against all hope that Duterte would veto the anti-terror bill. – Rappler.com