Facebook Twitter Copy URL
Copied
A christening and commissioning ceremony for the BRP Jose Rizal originally set for June 19 is postponed 'due to unavoidable circumstances,' says the Navy

The commander of the Philippine Fleet, Rear Admiral Loumer Bernabe, led a traditional arrival ceremony for the new vessel, which arrived in Subic Bay from South Korea on May 23.

With its maiden crew of 65 sailors led by Captain Jerry Garrido onboard, the ship had to complete the mandatory 14-day quarantine due to the coronavirus pandemic and had to anchor away from port. That period ended on June 6, followed by technical and acceptance inspections.

The BRP Jose Rizal arrived with a shipment of personal protective equipment for frontline responders to the coronavirus pandemic.

A christening and commissioning ceremony for the vessel was originally set for June 19, the birth anniversary of its namesake national hero Jose Rizal. The ceremony is postponed to a later date “due to unavoidable circumstances,” the Navy said in a media statement on Monday. 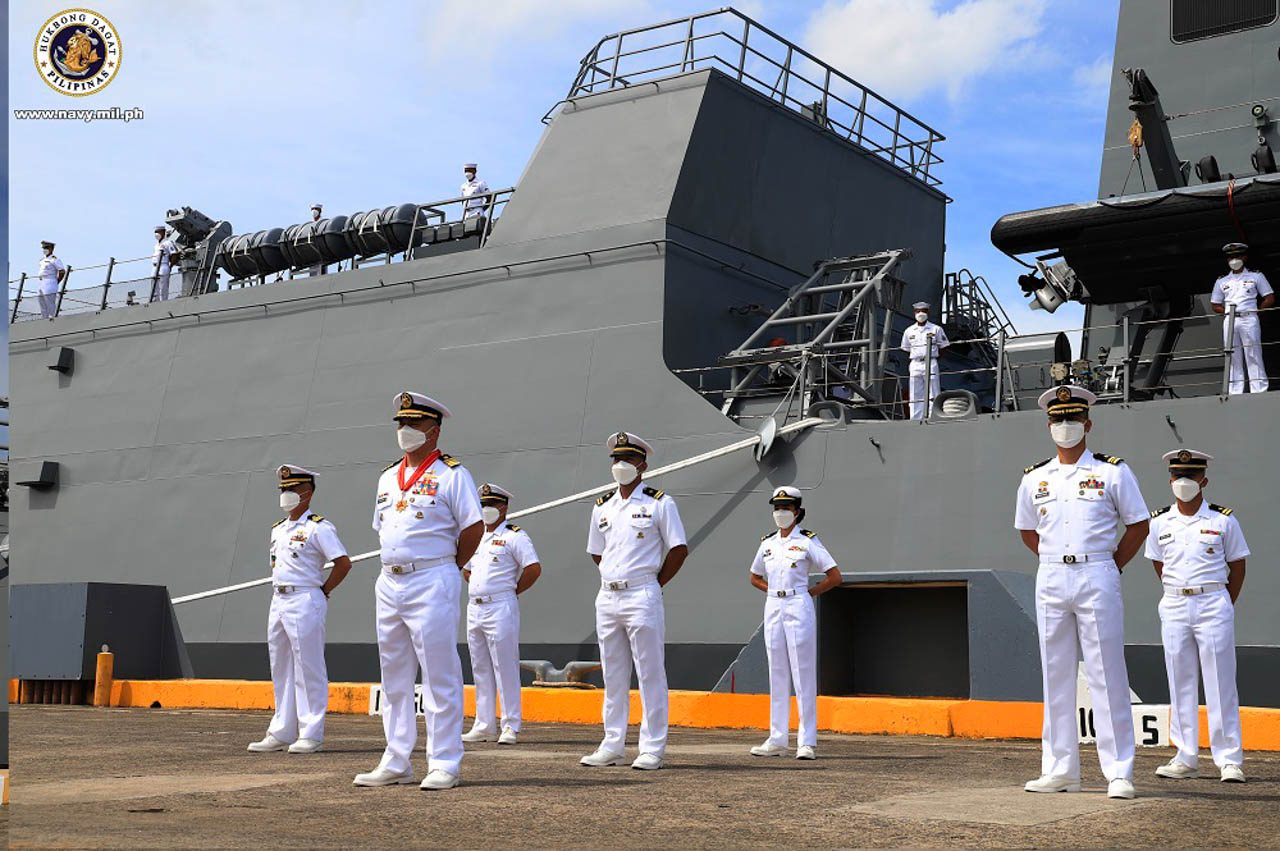 Worth P8 billion, the BRP Jose Rizal is the Philippines’ first missile-capable naval vessel, and the first of its class. A second frigate, the BRP Antonio Luna, is expected to be delivered in September by their manufacturer, Hyundai Heavy Industries.

Capable of anti-air, anti-surface, anti-submarine, and electronic warfare, the BRP Jose Rizal is said to be the Navy’s most powerful, most lethal warship yet.

However, questions surround the vessel’s Combat Management System (CMS), which has yet to be certified as compatible with the US-NATO Tactical Data Link 16, important for interoperability with allies’ ships.

The frigate acquisition project began in 2013 under President Benigno Aquino III. It sparked controversy in 2018 when documents showed then-special assistant to Duterte, Bong Go, had intervened in acquiring the CMS for both frigates, a project worth P15.5 billion.

The Navy is on a race to modernize as the Philippines deals with maritime security threats, foremost of which is expansionist China in the West Philippine Sea.

The arrivals of the BRP Jose Rizal and, eventually, of the BRP Antonio Luna, are a milestone in the Philippine Navy’s history.

“Together, let us bring our Navy to the next level, not only because of more modern ships, weapons and sensors but because of more competent and confident personnel, equipped with modern and disciplined mindsets,” Bernabe said in a statement. – Rappler.com