Jun 16, 2020 5:00 PM PHT
Lian Buan
Facebook Twitter Copy URL
Copied
Supreme Court dissenters warned against a cyber libel law that takes its definition from a 1930 statute, but will be applied to the internet age. They were overruled. The Rappler ruling is a new threatening development. 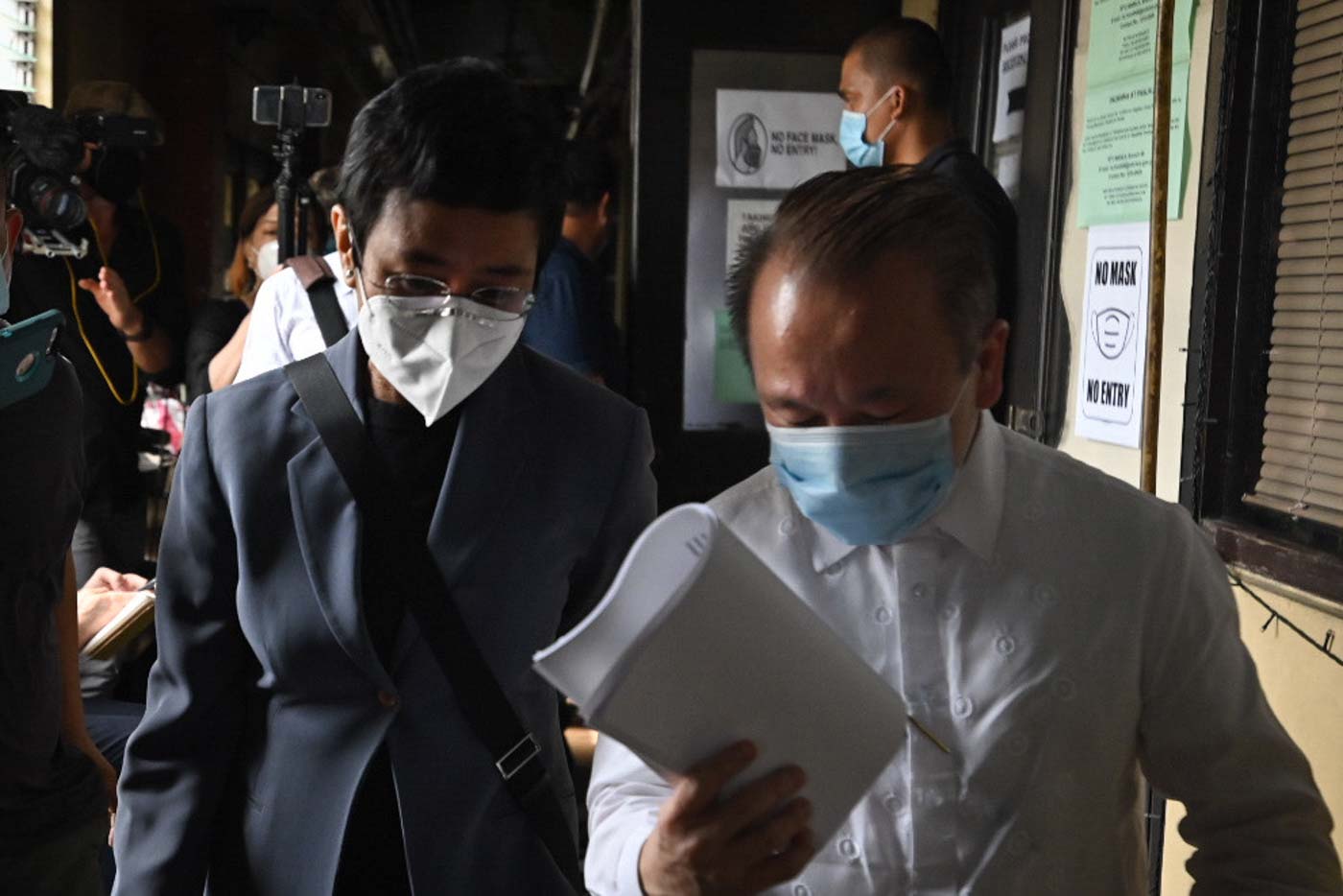 MANILA, Philippines – A lower court ruling convicting Rappler journalists of cyber libel has given new claws to a law that was already opposed even by dissenting Supreme Court justices during the time of former president Benigno “Noynoy” Aquino in 2012.

Under Aquino’s Republic Act 10175 or the Cybercrime Law, libel is the same offense as in the libel under Article 355 of the Revised Penal Code, but one committed through a computer system.

In 2014, the Supreme Court ruled cyber libel to be constitutional.

Supreme Court (SC) Associate Justice Marvic Leonen wanted to declare cyber libel unconstitutional. Leonen expressed fear that cyber libel’s definition is based on a 1930s definition of libel under the RPC, but which would now be applied in the internet age.

In his dissenting opinion, Leonen wanted more deliberations to study “the chilling effect on various types of speech with just the possibility of criminal libel prosecution.”

Six years later since the Supreme Court decision in 2014, an “updated” article on the Rappler website to correct a typographical error – which one cannot do in print – has sentenced journalists Maria Ressa and Reynaldo Santos Jr to a possible 6-year imprisonment.

Ressa and Santos remain free while appealing in higher courts.

One of the petitioners in the Supreme Court case also warned that if old articles are uploaded online, they are now vulnerable to a cyber libel suit within 12 years.

Retired SC senior associate justice Antonio Carpio had a specific objection to the definition of malice.

Under Article 354 of the RPC, “every defamatory imputation is presumed to be malicious even if it be true,” except if:

Carpio said in his dissenting opinion that this definition was outdated because “constitutional rights have rapidly expanded since the latter half of the last century.”

Carpio explained that Philippine jurisprudence has since adopted the American rule on actual malice which means 3 things:

What this means is that there is a much higher bar to be able to convict people of libel, especially cyber libel, which Carpio wanted to adopt especially for reports on public officials.

“Allowing a criminal statutory provision clearly repugnant to the Constitution, and directly attacked for such repugnancy, to nevertheless remain in the statute books is a gross constitutional anomaly which, if tolerated, weakens the foundation of constitutionalism in this country,” Carpio said in his dissenting opinion.

He was outvoted, as the majority opinion written by former associate justice Roberto Abad said that the RPC and cyber libel “implicitly mainly target libel against private persons.”

The SC added in that decision: “where the offended party is a private individual, the prosecution need not prove the presence of malice.”

Manila RTC Branch 46 Judge Rainelda Estacio-Montesa used that and said the prosecution “is discharged of its burden in proving actual malice” because Keng is a private individual.

Rappler lawyer former SC spokesperson Ted Te argued that Santos’ story falls under the 2nd category where malice is not presumed, which is that it was a faithful report of an official proceeding.

Te said that Santos’ report on Keng was based on a government intelligence report. “That is privileged communication under Article 354 (2),” said Rappler’s memorandum submitted to the Judge Rainelda Estacio Montesa when trial wrapped up.

What this means is that Rappler was arguing that malice is not presumed and must be proven by Wilfredo Keng’s prosecution team beyond a reasonable doubt.

Rappler has reiterated that the story was imbued with public interest because Keng was described there as among businessmen, with court cases, to be lending vehicles to the late former chief justice Renato Corona.

Ressa expressed fears about what this could mean for investigative reporting in the country, where journalists often use confidential sources.

In a statement Tuesday, June 16, Carpio said “the overriding issue in the Rappler case is prescription.”

Libel under RPC prescribes in one year, meaning you can only be sued for libel within a year of publication.

Keng filed the complaint against Rappler in October 2017, or 5 years since the publication in May 2012, or 3 years since it was supposedly “republished” in February 2014.

This was made possible because of the archaic Act 3326, passed pre-war, which says that if special laws have penalties exceeding 6 years, crimes prescribe in 12 years.

Both Leonen and former chief justice Maria Lourdes Sereno wanted to strike out as unconstitutional the provision that imposed a penalty one degree higher on cyber libel.

But again, they were overruled.

However, Far Eastern University Law Dean Mel Sta Maria said Montesa cannot use Act 3326 as a basis to extend the prescription period of cyber libel because of one crucial provision in the Supreme Court’s 2014 decision on cybercrime.

That is: “Cyberlibel is actually not a new crime since Article 353, in relation to Article 355 of the penal code, already punishes it. In effect, Section 4(c)(4) above merely affirms that online defamation constitutes similar means for committing libel.”

“Because Cyber-libel is not a new crime, then the one-year prescriptive period applies to it. Moreover, such prescriptive period was not changed by the new Cybercrime Law. Again, cybercrime libel merely affirms an existing law. It does not create a new law,” said Sta Maria.

“The RTC decision ruled that cyber libel is ‘an offense separate and distinct from the ordinary libel punished under Article 355 of the Revised Penal Code.’ Dean Sta. Maria powerfully demolishes that here,” said Carpio.

Calling Montesa’s ruling “patently unconstitutional,” the Concerned Lawyers for Civil Liberties (CLCL) said “while libel laws have for their purpose the protection of individuals and persons, they should not be used indiscriminately to harass reporters and force them into silence.” – Rappler.com