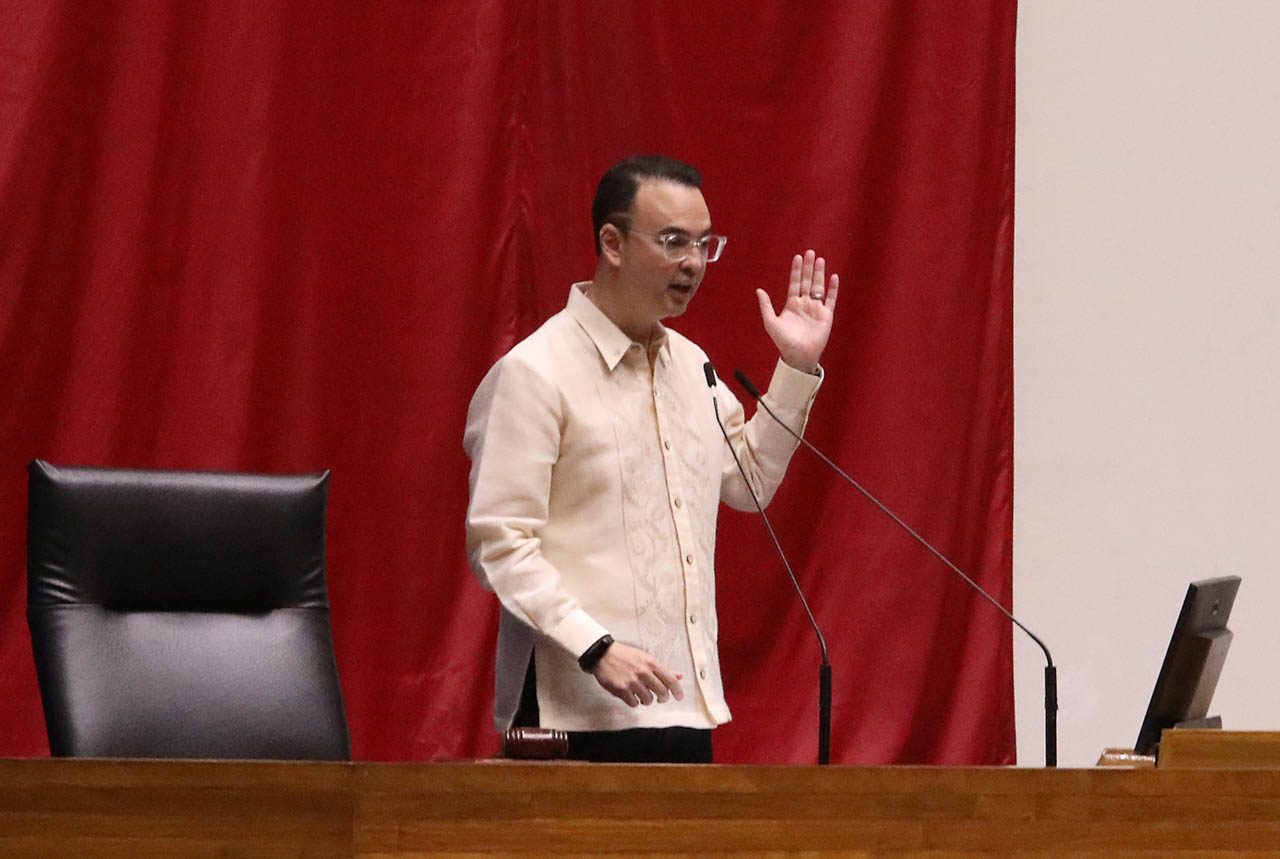 MANILA, Philippines – Speaker Alan Peter Cayetano said Congress would be willing to amend or repeal the anti-terrorism law, which is up for President Rodrigo Duterte, if it turns out critics were right all along that it is prone to abuses.

Cayetano made the statement in Camp Aguinaldo on Friday, June 19, before members of the Armed Forces of the Philippines Joint Task Force-National Capital Region (NCR), whom he urged to work with the national government to ensure there will be “zero abuses” under the proposed anti-terror law.

“So pagtulung-tulungan po natin (So let’s work together on this)… that there will be zero abuses of this law, so that, maybe not now, maybe not next week, maybe not in one year, we may prove the critics wrong,” Cayetano said.

“At kayo pong mga kritiko (And to you critics), we appreciate your criticism, but, in this case, we hope that you are wrong. And if you are not wrong at any point in time, we can amend or repeal,” the Speaker added.

Cayetano was ready to respond to critics whom he expected would say repealing or amending the bill would already be too late, especially when the abuses they have warned about are already committed by the police or the military.

(And some of you can say it might be too late. But that’s also what we’ve been saying: when the bomb explodes then people die, the airpot is ruined, and no tourist would want to come here, it’s also too late.)

The Speaker delivered his speech after he and his wife, Taguig City-Pateros 2nd District Representative Lani Cayetano, donated food supplies, nutritional supplements, and freezers to the Joint Task Force-NCR officers.

Cayetano has been defending Congress’ railroading of the anti-terror bill, which critics fear would be used by President Rodrigo Duterte to crack down on mere government critics. (READ: House of terror: How the lower chamber let slip a ‘killer’ bill)

Lawyers, civic groups, and opposition legislators have warned the measure is prone to abuses, as it broadens the definition of terrorism while lessening the restrictions on law enforcement agents who would effect these arrests.

The anti-terror bill – crafted by police and military generals – would also allow warrantless arrests of suspected terrorists, their detention without warrant for 24 days, and it would also authorize wiretapping of targets for 90 days.

Moro legislators rejected the measure, arguing it does not address the root causes of terrorism and would instead worsen Islamophobia in the country.

On June 12 – on the day Filipinos marked their independence from colonizers – Cayetano even alluded to the anti-terror bill by saying that freedom “always comes at a price” and that the government needs to strike a balance between liberty and public safety when dealing with terrorism.

The anti-terror bill is already with Duterte, who may either sign it into law or veto it. He could also opt to just not act on the measure and let it lapse into law by July 9, which is 30 days from the day Congress transmitted the bill to Malacañang.